A woman was sitting bending over Barbara's hand spreading colour on to her nails with a tiny brush. Her fingers were quickly and neatly busy, her mind busy also with anxiety about money or chewing the cud of some sexual experience. Pennies or penises.

Ahem, now that I have your attention with that title and quote, I’ll remind you that having read Isobel Strachey’s final (of seven) novels, The Perfectionists, a while back and not completely knowing what to make of it, I was nevertheless intrigued enough to immediately order three more of her books. And thank heavens I did!

Having read her last, I decided I should next read Strachey’s first novel, the short but potent tale of Barbara Weatherby, a distinctly aimless girl from a high society family, from her final days in school to her rather ambivalent and surely perilous marriage to the first man she becomes infatuated with in the days just before World War II (the approach of war barely figures at all, perhaps appropriately since it's Barbara's rather shallow perceptions which are the focus). The first two chapters feature some lovely, bleakly funny scenes of boarding school life, which make it quite clear why someone like Barbara would loath it, though her friend Rosemary takes it all as seriously as a gothic tale of doom--here’s Rosemary having been scolded by the gym mistress:

'She said I'd shown signs of being unpunctual for gym lately. She said I wasn't a child any longer, and why wasn't I quicker at getting up to open the door for her when she comes through the classroom. She said she noticed that l was generally one of the last girls to get up. I can't see there's much use in my living any longer.'

Soon enough, Barbara runs away from school, and convinces her mother not to send her back. She drifts from one spot to another, or rather from a tennis party to a ball, and becomes wildly infatuated with a young man, Francis Holland, who is already engaged to one of Barbara’s friends. In the end, she marries him, but this is no Jane Austen story of a well-deserved happy ending, for by the time she succeeds in conquering Francis (he having been dumped by his fiancée for his wandering eye), she seems to have fallen out of love with him, but can’t quite extricate herself from the belief that her future is tied up with his. 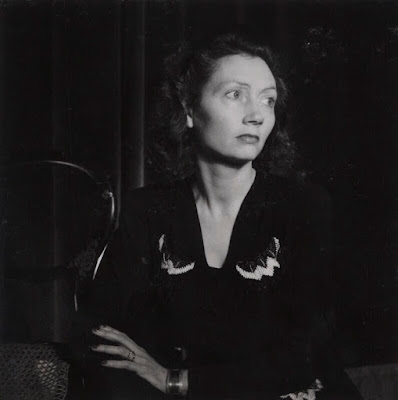 First novels have a tendency to be autobiographical, but if First Impressions is, then Strachey was surely just as bold and uncompromising in her own self-examination as she routinely is in dissecting her characters. It’s a delightfully dark, cynical world Strachey has Barbara move through, but Barbara, driven by boredom and lack of motivation, isn’t allowed to see it clearly enough to save herself from her fate. And if any reader has missed all the copious foreshadowing that Barbara and Francis won’t live happily ever after, perhaps Barbara’s observations about a relative as she's walking down the aisle at her wedding will make it clear:

Beside her sat another relation, Blanche Poole, wearing a huge black velvet hat swaying with feathers and sparkling with jet bugles, but more picturesque than the hat her face below it appeared carved in magnificent lines from a grey desiccated substance with eyes dull opaque mysterious like those of an ancient statue, but unlike a statue little twitching movements which had once been the voluntary and fiery movements of an impatient nervous temperament, now become utterly involuntary and meaningless, still raked her bony frame from head to foot, as though unseaworthy and abandoned by her crew an old ship was still tossed at random upon waves she had once proudly navigated.

Perhaps not the ideal mindset in which to be saying “I do”?

First Impressions seems to me to have some of the same rough edges, as a novel, that I found in The Perfectionists. It feels a bit fast and loose (or perhaps I’m just being a fast and loose reader). But just as in the later novel, what’s absolutely fascinating is Strachey’s incredible command of metaphor and striking, unusual, and generally quite jaded description. A couple of rather gorgeous random examples:

Lady Rachel Morley, the vicar's wife, had a definite square face, a definite authoritative way of speaking, she wore such quiet mousy well-worn clothes that compared with her the other women looked as though they were dressed up for the stage. She welcomed Mr. Langford-Keyes' effusions steadily like a rock receiving the impact of a frothing phosphorescent wave of sea-water. The wave recoiled and left her unaltered and sensible as ever.

The curate stood beside him in a curious toppling position. His clothes looked as though they were being blown off him although there was no wind.

What a talent Strachey had for this sort of figural language! You would think, this being a first novel, that it was mere precociousness and would surely run out of steam in later work, but I can attest that the talent is still thriving in her last novel. And, having quoted a passage above from just one page after Barbara’s arrival at her wedding, here is the arrival itself:

As she entered the church Barbara breathed in a heavy smell of flowers and was aware, on either side of the aisle, of light coloured dresses and hats swaying on craning and bending necks as closely packed as plants in a herbaceous border, and heard a whispering like the twittering of insects and birds, soon overwhelmed by rolling waves of organ music which filled the building to the brim with a mighty reverberation of long deep notes powerful as bugle and trumpet blasts, seeming to wrestle with each other in the confined space like invisible giants or atmospheric elements.

Let me just say, if sometimes Strachey’s plotting and character development seems to have been along the lines of a literary Hunger Games (drop some odd characters into an intriguing situation and let the chips fall where they may), I can forgive her just about anything for the vividness of her language. And fortunately, I have two more of her books on my shelf...

Posted by Furrowed Middlebrow at 7:59 AM