“As if a mountain had not simply moved but positively minced”: VIOLET TREFUSIS, Echo (1931) 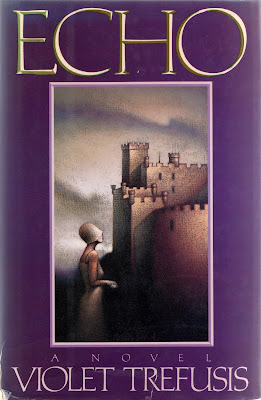 Mrs Campbell seemed to be descended from a race apart. She was a giant of a creature, vaguely human but by no means womanly; her features were tiny, and her gestures also disproportionately small. It was surprising to see in this extraordinary face the same shapes and configurations as in others. The nose, for example, was recognizably a nose and the mouth a mouth, but the curious thing was that they were so much less sharply defined than normal; the mouth was a mere button, the nose a kind of fold; the flat, tiny ear was like a pheasant's and her character too was timid, bashful and unformed. Her appearance and demeanour were therefore as terrifying as if a mountain had not simply moved but positively minced, or as if a tall bell-tower had suddenly blushed.

If there’s one thing at which Violet Trefusis particularly excels, at least in her second novel Echo, it’s descriptions of women, and this is my favorite of the bunch. Mountains mincing and bell-towers blushing, oh my!

Echo is one of four novels that Violet Trefusis, who lived in Paris much of her adult life, originally wrote in French (two of them apparently still never translated, which seems like a publishing oversight), but it was apparently inspired by her happy memories of childhood holidays in Scotland. It’s the tale of Sauge (your guess is as good as mine how to pronounce that), an elegant young Frenchwoman who has grown fatigued by her Parisian social life and is sent to stay with her aunt and twin cousins in the Highlands. The cousins, Malcolm and Jean, are however rather like wild animals, uncivilized and antisocial, roaming the countryside and violently resenting the incursions of any strangers into their shared world.

Naturally, the cousins are also tall and lovely, sort of mythical giants of beauty and instinct unfettered by the restraints of society. And of course, despite their initial resistance, they both wind up falling in love with Sauge, who knows instinctively exactly how to deal with them. (Sauge surely represents Trefusis herself on some level, who seems to have been anything but shy in representing herself as sophisticated, beautiful, and irresistible--our Violet does not seem to have had difficulties with her self esteem!) The twins become jealous and turn against one another, and the story ends tragically. 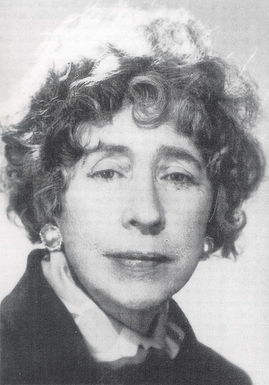 It’s more than a little silly and overblown, and yet I had considerable difficulty putting it down, reading the 100 or so pages almost in one sitting (after coming across it in a second hand bookshop on our recent jaunt to Carmel). On one hand, plot is surely not Trefusis’ strong suit. On the other hand, she does somehow manage to keep things moving intriguingly enough to keep the pages turning. But what makes it worth the price of admission is her flair for description and her ability to intriguingly sum up a character. There are some glorious descriptions of Scotland here for the armchair traveler, even if her summing up of life there seems to come straight out of some romantic mythology all her own. Even Walter Scott might have difficulty recognizing himself in Violet’s fantasies. For example, is the following really a universal characteristic of Scotswomen?:

Inside their vast and largely ugly, sprawling castles, with their myriad squinting embrasures and watchtowers, the lives of these women flow gently and monotonously on. It is her own imagination that supplies the Scotswoman with the adventures of life. Caught between two worlds, how could she not prefer the romantic past to the materialistic present? She abandons herself to heroes long since dead. Ivanhoe-like, she stretches out her arms to Rob Roy, and from him moves on to the even wilder embrace of Quentin Durward. For this dreamy adventuress nothing is impossible. While remaining practical in her daily life, and reasonably loving to her husband, she constructs in her mind's eye the most extravagant scenarios, and in her tales nothing is too outrageous to be included. There is nothing in the least neurotic about this tendency; indeed the Scottish woman is more well-balanced than most. Yet she can say quite calmly:

- Last night, when I was getting into bed I saw the cavalier's head on the dressing-table again; that's the third time in two months, pass the salt would you please?

But exaggerated or not, you have to admit it’s quite entertaining!

There is obviously some mild symbolism of bisexuality in the story of the twins. After all, if they are so identical they can barely be told apart, what different does it make which of them one is attracted to? A few years later, Trefusis would publish her most famous novel, Broderie Anglaise (1935), in which, in veiled but fairly obvious form, she retells with her own unique spin the triangular relationship between herself, Vita Sackville-West, and Virginia Woolf. (As an aside that I found striking, I recently read that it’s entirely possible that neither Vita nor Virginia ever knew of the book’s existence--one might have thought Violet would have sent them copies special delivery, but apparently not.)

If you’re not already familiar with Trefusis, I should mention that she was the daughter of Alice Keppel, whose major claim to fame was being the mistress of Edward VII, from whom, according to ODNB, as a girl Violet would sometimes receive affectionate letters signed “Kingy”. ODNB also reports that “her friend Jean Cocteau remarked that she ‘rolled her hoop with a sceptre’”. Having eloped to the Continent with Vita Sackville-West and been retrieved by their husbands, as told by Vita’s diaries and her son in Portrait of a Marriage, they returned home to collaborate on Challenge, a novel about their escapades, though it was published under Vita’s name alone. Once her days of eloping with Vita were past and she was settled in France, Violet became the lover of Princesse Edmond de Polignac, who was previously called Winnaretta Singer, heiress to the sewing machine empire and apparently an accomplished painter, judging from her gorgeous self-portrait (which I’ve always thought would make a luscious cover for a Furrowed Middlebrow book--just need to find the right one).

Apart from Broderie Anglaise and her personal notoriety, Trefusis is probably best known for two of her English language novels, Hunt the Slipper (1937) and Pirates at Play (1950), social comedies set among the aristocracy. I know I read Slipper years ago, but I must re-read it soon, and I’ve just now ordered a copy of Pirates. Then there’s the library copies of Broderie Anglaise and Trefusis’ memoir, Don’t Look Round (1952), on my shelves. Do I expect any of them to be brilliantly structured literary works? No. Do I expect them to be fabulously entertaining, gossipy, vain, and a bit outrageous--yes indeed. Also, next up: must get hold of the brilliant Diana Souhami’s bio of Violet and her mother.

Before I sign off, one more of Violet’s irresistible flights of fancy in describing a woman--this time, a rather poignant one, a woman observed by Sauge on her train from Paris:

Next to them was another English woman but this one was the old-fashioned kind. Enormous. Travelling on her own. Wearing about ten huge, battered gold bracelets that bore the baby-tooth marks of all her children and, with hair as wild as a chrysanthemum, she chased after porters, giving orders in a peremptory but nervous voice. Her sail-like veils floated behind her and, with one hand, she clutched her wreck of a hat. No one found her the least bit funny. Nor did anyone see the pathetic side of this old and stubborn bloom.

Posted by Furrowed Middlebrow at 12:03 PM