You all know by now that I'm always a bit giddy about the rollout of a new bunch of Furrowed Middlebrow titles from Dean Street Press. Although our first batch of titles was back in 2016, there's still some part of me that can't quite believe I've really gone from fantasy publishing to the real thing (thanks of course to Rupert at Dean Street Press, who made it all happen).

But even so, for a sort of literary archaeologist like myself, there is something particularly satisfying about the books we're releasing on June 7th. We've published a whole slew of lost and forgotten authors and books, but rarely have we been privileged to restore to circulation a body of work that was previously so completely and utterly unavailable as the novels of MOLLY CLAVERING. Apart from Mrs. Lorimer's Quiet Summer, which has remained fairly readily available since its wide US release (under the title Mrs. Lorimer's Family) in a People's Book Club edition, and Near Neighbours, which was reprinted by Shirley at Greyladies Books a few years ago, these books have been completely inaccessible to readers outside of a few major libraries for quite a few decades. (And of course, even those two will now be available for the first time in e-book format.)

What's more, as I (very luckily, and with huge thanks to Grant Hurlock, as always) read more and more of her work, Molly Clavering has become a favorite writer, and a perfect comfort read in times of stress. When life was decidedly hectic and trying for a few months there, I was frequently clinging to Molly (I rather feel we're on a first-name basis now) like a lifeboat as I laughed and cheered and vicariously escaped to Scotland while reading these books for the first time. She clearly shares some themes and storylines with her better-known friend and neighbor D. E. Stevenson, but she is very much her own writer—a bit feistier, a bit earthier.  And I can't resist pointing out again that, while I initially assumed that Molly had been influenced by Stevenson's style of writing, the discovery of Molly's novels from the 1920s and 1930s, already in spirited romantic comedy style while DES was still experimenting (not very successfully) with melodrama, suggest that perhaps the reverse is true!

At any rate, I couldn't be more thrilled to be bringing Molly back into circulation and sharing the joy with all of you. And none of this is for a moment to take away from my pleasure at finally getting RUBY FERGUSON's divine Apricot Sky back into print (it has been on my wish list since the beginning of our imprint, but there were some rights vicissitudes to navigate).

So, after that considerable ado, I give you, as one final teaser before the books' release, their full covers. I hope you enjoy! 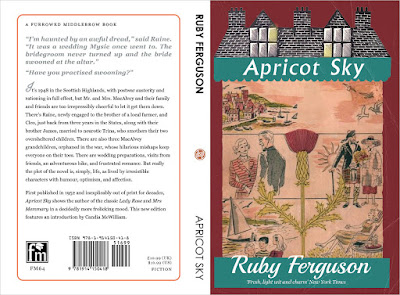 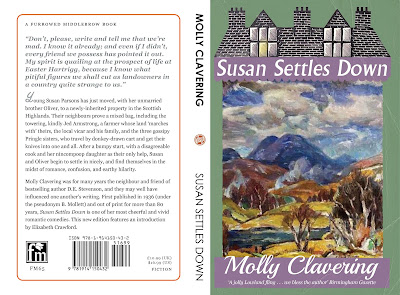 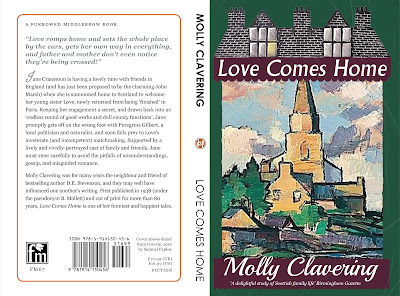 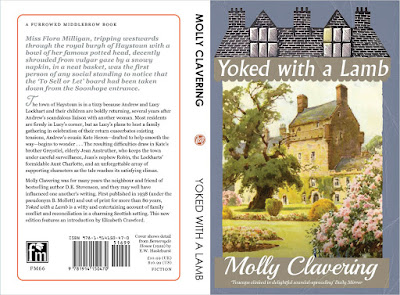 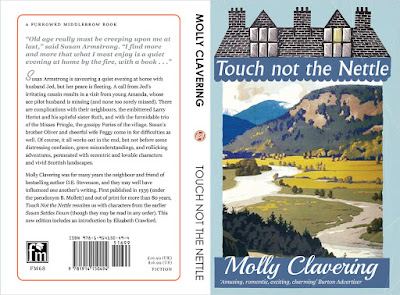 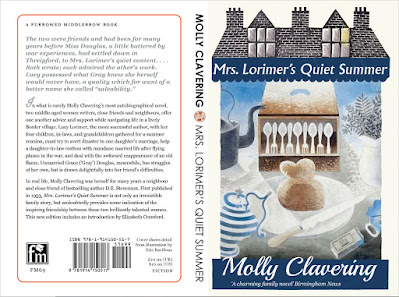 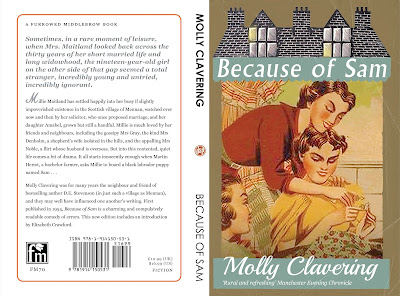 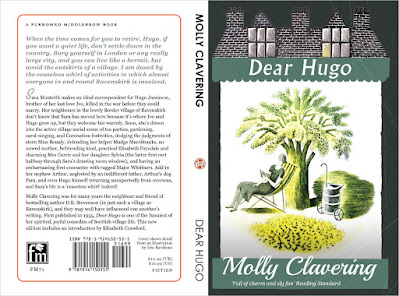 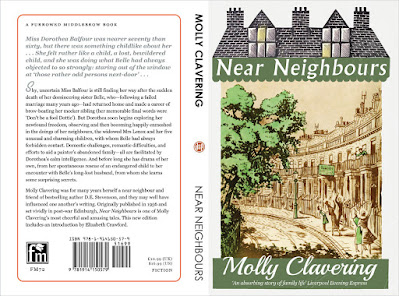 Posted by Furrowed Middlebrow at 8:15 AM