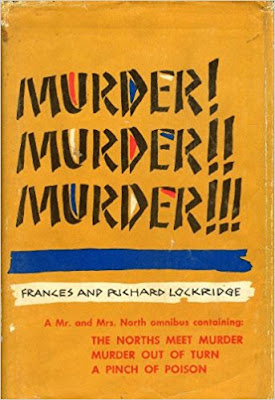 I'm getting very nearly caught up in writing about the reading I've done in the past few months, but I thought I'd do a brief catch-up post about some of the mysteries that are either directly relevant to the blog or possibly of peripheral interest. I'm afraid it's a rather drab post, as I really only wholeheartedly enjoyed one of the four books I'm mentioning. Am I just being bitchy or what? But which one was the one I loved?

Well, the first is undoubtedly the most obscure of the five. Helen Jean Mary Edmiston published four mysteries 1955-1960 under the pseudonym Helen Robertson, of which The Chinese Goose (aka Swan Song) is the most famous. "Most famous" can, however, be taken with a grain of salt, since the book has been out of print since its 1983 reprinting as part of a "50 Classics of Crime Fiction, 1950-1975" series, edited by Jacques Barzun and Wendell Hertig Taylor. Edmiston also wrote one non-mystery under her own name, called The Shake-Up (1962). She remains a fairly mysterious figure apart from some general information here and there, and although she lived until 2008, she does not seem to have published any additional books (though there's a bit of confusion with another Jean Edmiston who seems to have begun publishing in the 1990s). 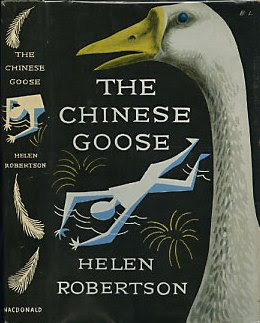 In The Chinese Goose, 18-year-old Lucy Cluff has been sent to a small town somewhere in the Thames estuary to help care for the young son of her cousin Nancy, who has recently drowned after apparently being attacked by swans. She has also been sent to keep her at a distance from the young man her parents consider undesirable (though little do they know what the result will be!).

We meet Nancy's widower, Roy Portham, who owns the local pub, the Swan with Two Necks (a distortion of meaning from the days when swans were marked with nicks according to their ownership), Martin Rimmer, local sleaze and womanizer (more on him below), his mother, who works at the local post office, and several other locals. It also happens that Jack Benwick, a local man now working with the CID in London, has brought Chief Detective Inspector Lathom Dynes to the area for a holiday.

In the first chapter, Lucy sits in Roy's bar and turns the conversation to Nancy's bizarre death. She begins to wonder if the marks found on Nancy's body couldn't have been from a mantrap rather than a swan attack, and the mystery develops from there in its somewhat moseying way.

So is this the book in this post that I loved? Well, since it was chosen by Barzun and Taylor as a crime "classic," and has been praised by others who know more about mystery writing in general than I do, I can hardly make any definitive assertion about it. But I can say that it quite definitely wasn't up my alley. Drab, morose characters, a drab grey setting, and a plodding, drab plot. I even found the puzzle and the solution rather drab, nothing like so clever or surprising as one might have expected from a "classic".

Did I mention that I found it drab?

Worst of all was that Lucy, the main character, is a drab, lifeless little waif who makes one want to shake her. The aforementioned charmer Martin (I told you I'd mention him again) asks her to go for a drive with him, comes very close to raping her, and thereby of course inspires her to fall head over heels in love with him. Clearly, Lucy has never heard of the "Me Too" movement. Or feminism. Or basic self-respect.

I will say that Edmiston has an excellent sense of place. The reader can certainly feel that they're seeing and smelling and experiencing what it's like in this small town. For my own part, I just wish she'd put this talent to use with more interesting characters and a more interesting plot.

I'm going to keep this one short, because I know this will be a shocking thing for many of you. As a rule, I absolutely love Josephine Tey. The Daughter of Time is quite possibly my favorite mystery of all time, Miss Pym Disposes is among my top 10, and To Love and Be Wise and The Franchise Affair are right up there as well. 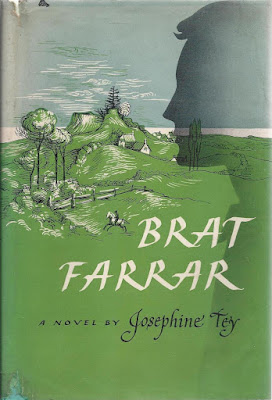 Why, then, did I find this other much-loved and much-recommended Tey so utterly dull? I was terribly disappointed, as this was the last of the really well-known Tey novels that I hadn't yet read, and I approached it with great enthusiasm, only to know within the first couple of chapters exactly how it would play out. And I never guess the ends of mysteries and thrillers, so I can't help feeling that this one was terribly obvious. 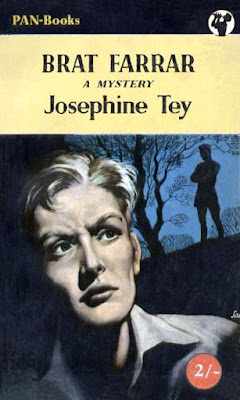 Enough said. But on a brighter note, it was only when I was searching online for some tidbit about the book that I discovered the bio of Tey published a couple of years ago. Have any of you read it? I don't read a lot of author bios, but I am definitely tempted by this one as Tey seems to have had an unusual life.

Ah yes, finally! Now here was a mystery I could sink my teeth into! I can't say that it's my all-time favorite or anything like that, but it was thoroughly enjoyable, with entertaining characters and an intriguing puzzle. 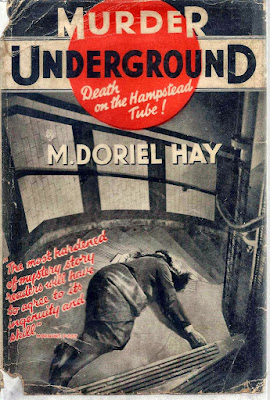 Poor Euphemia Pongleton is strangled on the steps of the Belsize Park Tube station, with her own dog's leash. There's no shortage of suspects, as she was a thoroughly distasteful woman, and no shortage of opportunity, since as it turns out practically everyone she knew just happened to be hanging about in or around that particularly station that very morning (and for the most part without having come in contact with one another), and her penchant for taking the stairs due to her fear of elevators was also widely known.

Rather ridiculous, for sure—if strict realism is your thing, this one may not be for you (perhaps see above for the drab realism of The Chinese Goose?)—and yet it's so charmingly told that I couldn't resist it. And even though to some extent there is a fair amount of rehashing and chewing over theories about the crime, something that often makes me very cranky, here it's all done in the context of one very silly character's efforts to extricate himself from his own suspicious behavior and his untruths about it to police. So rather than making me cranky, I found it all quite clever and fun.

I wrote briefly about another Mavis Doriel Hay mystery, Death on the Cherwell, here, which I loved as a novel but found "no great shakes" as a mystery. I don't recall the details of that book now, but I can only say that Murder Underground's puzzle, though far-fetched, seemed quite good to me.

The first of more than two dozen mysteries featuring Pam and Jerry North, a sophisticated married couple in New York City, this one proved irresistible to me when I came across it as a $1.99 e-book. In this first volume of the series, the Norths, a rather boozy couple who might evoke the William Powell-Myrna Loy Thin Man films, are planning to hold a party in the vacant apartment upstairs from theirs, but on scouting out the location find a dead body in the bathtub instead. Enter clever New York police inspector Bill Weigand and Sergeant Mullins, his perpetually bewildered sergeant, for whom this case is particularly "screwy". 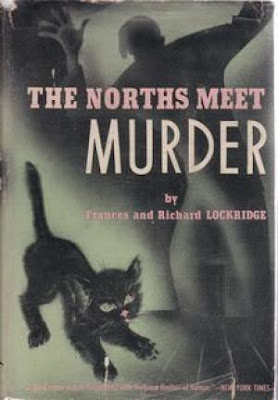 It all sounds completely delightful, and for the most part it was. At least the scenes involving the Norths themselves, particularly Pam, whose random (sometimes tipsy) ramblings often lead her to work out connections no one else sees. But the problem is that they appeared far too little, and for a mystery fan who cares not a snip about "procedural" elements, there was a bit too much of Weigand and Mullins chewing everything over. Having discovered that a film was made starring George Burns and Gracie Allen as the Norths, I am now thinking that a film version might be just up my street—presuming that, as Burns and Allen were big stars, the Norths' roles were probably expanded and the poor supporting actors who played Weigand and Mullins were probably relegated to background scenery. Hmmmm…


However, I'm certainly willing to give the Norths another try. Have any of you read enough of this series to recommend favorites?

By the way, with the exception of the first of these novels (did I mention it was drab?), all of these are readily available in both e-book and paperback—rather shocking for this blog…
Posted by Furrowed Middlebrow at 1:16 PM