Quite a miscellany: Las Vegas, being mellow, more about Anton, lovely ruins, and the new job

I mentioned last week that Andy and I were headed out for a weekend in Las Vegas.  Now ordinarily, as I'm sure you all know, what happens in Vegas should indeed stay in Vegas.  But in this case, although it has nothing whatsoever to do with the topic of this blog and is totally self-indulgent on my part (the woman involved in this case not even being British, but Aussie, and the author of nary a novel), I thought I'd share the main event of our weekend in Sin City.

This pic will sum it up nicely: 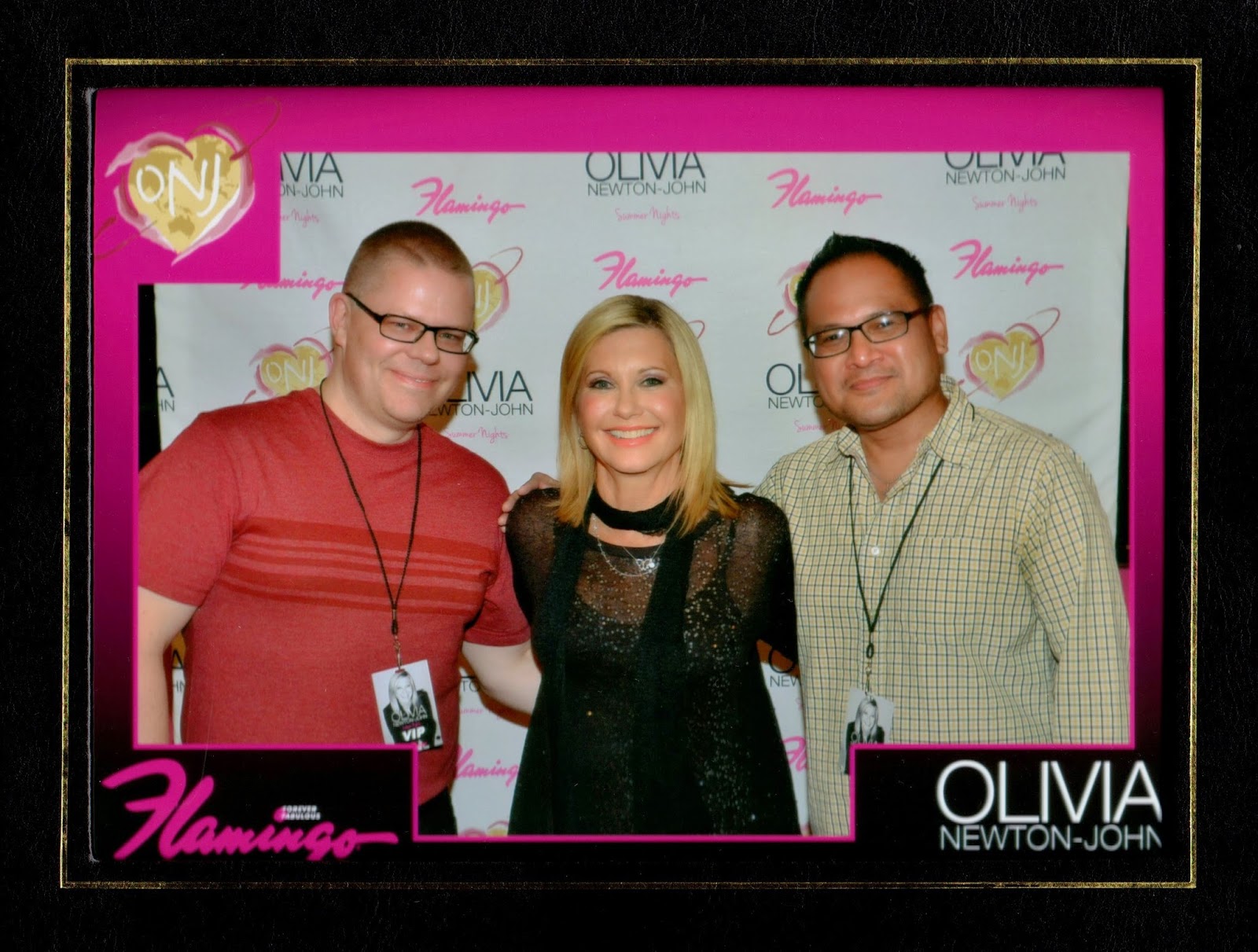 Hopefully most of you are old enough to know who Olivia Newton-John actually is (as opposed to some of Andy's nieces and nephews, who, in reply to our "You know, she starred in Grease," replied "What's Grease?").  I've actually been a fan since even before her big screen debut as "Sandra Dee."  My older brother was a fan before me, and by about age 10 I had commandeered most of his early ONJ albums (I was surely the only kid in my Midwestern school who knew every word of "Have You Never Been Mellow"!).  So how could I resist a pilgrimage to Olivia's current Las Vegas residency at the Flamingo?  And how could I resist springing for seats right next to the stage and a VIP meet-and-greet?!

Now, I am very, very happy to have done the meet-and-greet, and the pics will always prove that I was actually there and actually did meet and even chat briefly with Olivia, but I have to admit that, although I have a very clear recollection of watching other people meet her, I apparently more or less blacked out at the actual moment, focused as I was on not fainting or saying something incredibly daft.  It's just a total blank.  I am happy to say I did not in fact faint, as Andy can attest, but for all I remember I might very well have said something incredibly daft.  Oh, well, it was nice to be a "VIP" for once in my life: 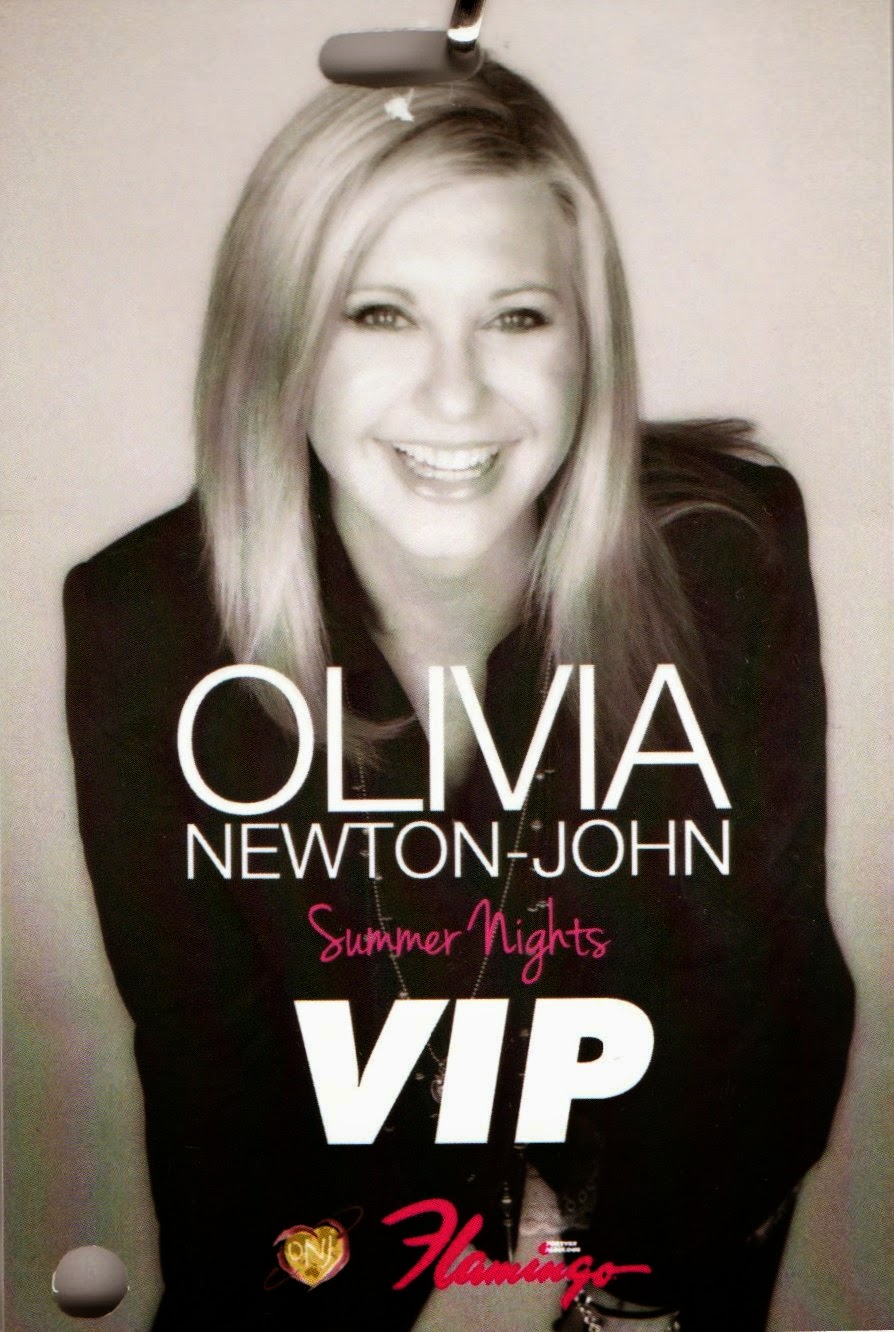 While on the subject of Vegas, let me note that neither Andy nor I are in any way, shape, or form "high rollers."  But after throwing some small amounts of cash away on slot machines, I rediscovered roulette, which I had played only once before, several years ago—quite unsuccessfully, I might add.  But this time my luck changed.  I had an ill-advised determination to keep playing the same four numbers (apparently this is called a quad bet?), including 13, which is my birthday number.  Ill advised or not, though, 13 came up no less than three times.  Low roller that I am, my bets were not large, so the resulting windfall is hardly a heartstopping amount, but at least I now have just a bit of supplemental book money to flesh out my "to read" shelves.  I'll keep you posted on what I decide to purchase with it...

Now, enough of such irresponsible (but highly enjoyable) frivolousness and on to (slightly) more bookish topics.

When I wrote recently about Marghanita Laski's Apologies, an odd but likeable little book about cliches and excuses and copouts, I speculated about its illustrator, "Anton," whom I had been unable to identify.  Happily, Susan Daly was able to track down this link, which provided me with her (of course, how could I not have guessed?!) real name and led me in turn to this informative bio.  And then another reader, Del (who has at least two lovely blogs herself—see here and here—came across a wonderful collection of Anton's Punch contributions, which you can't afford to miss if you enjoy wartime humor—see here.  Of course, I can't resist sharing a few of my favorites...

In my recent review of Catherine Aird's A Late Phoenix, I pondered a bit on World War II and memory and the way Aird used the fading memories of wartime life to great effect in her mystery.  These cartoons are perhaps a worthy sequel to that pondering, as how funny you'll find them likely depends on how much you know about wartime life.

For example, this one made me laugh hysterically: 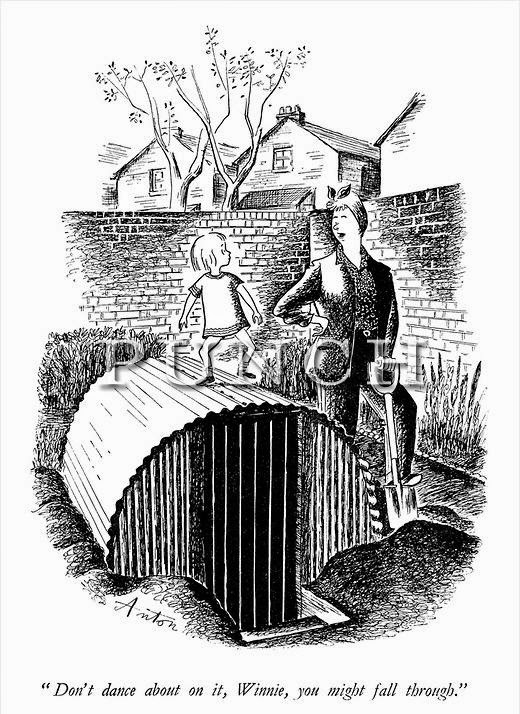 But it didn't translate at all for a friend who didn't recognize the object in question as an Anderson shelter and didn't get the humor about its relative sturdiness.

This one also made me giggle, but it would lose something in the translation if I didn't know a bit about the coastal landscape of wartime England: And finally, this one made me practically cry with laughter, but by the time I had explained it to Andy, he was utterly bored.  I guess you either get this one or you don't: 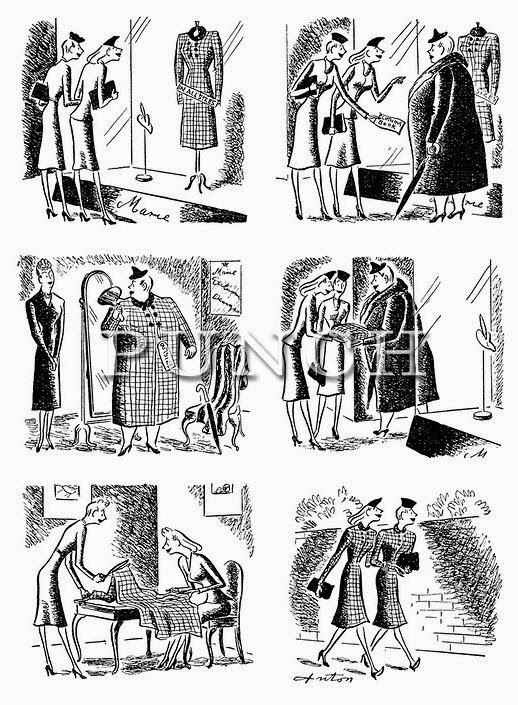 Thanks to Del for sharing that link, and be sure to go and check out the numerous other hilarious (and some not quite so hilarious) Anton cartoons, as well as cartoons by many other artists.

And while I'm sharing links and other people's images with you, I wonder if you all noticed this slide show and article on CNN about a photographer in Poland who specializes in documenting gorgeous abandoned buildings like this one, which looks like the set from a long lost Harry Potter movie: 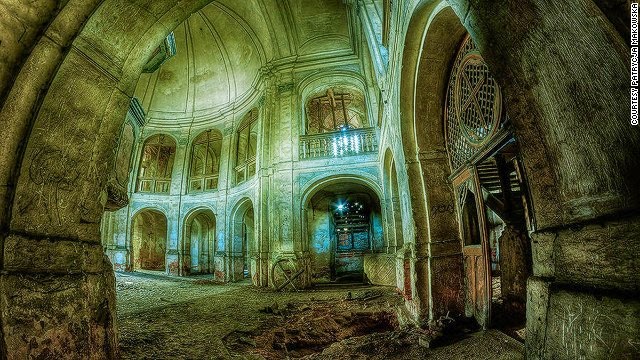 The morbid side of me has always loved ruins and abandoned spots, so I was quite taken with these pictures, some of which it seemed simply must be fake.  But apparently they're not.  I could wander (physically and imaginatively) in these locales for days.

And since I'm talking about ruins anyway, one of the Italian sites I'm hoping we can get to during our upcoming trip in October is the lovely Abbey of San Galgano in Tuscany (see more about it and its surroundings here): 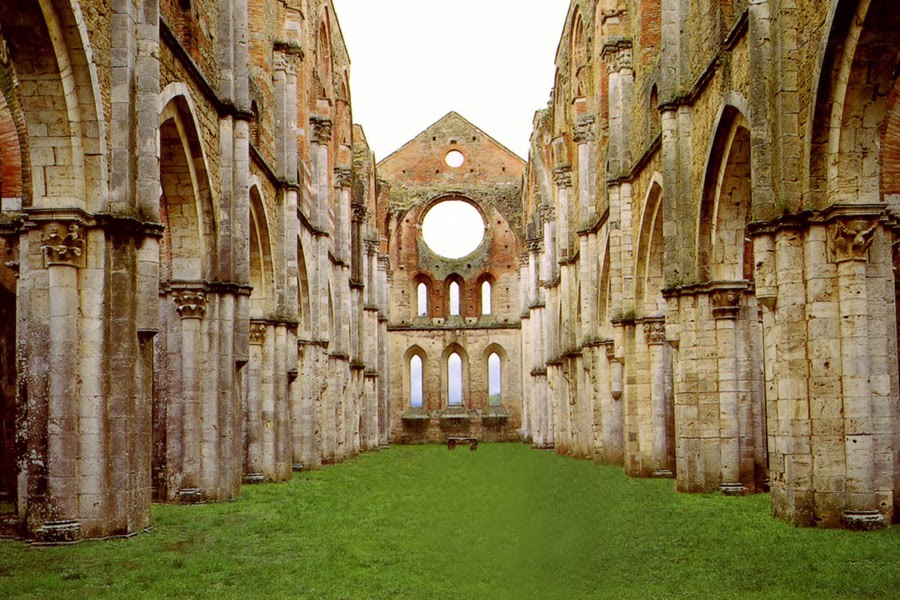 That visit will have to tide me over until we get back to the U.K. and, this time, spend most of our time in the countryside and smaller towns.  Tintern Abbey here we come (eventually)!

And by the way, thanks again to all those who offered up good luck for the new job or inquired how it was going.  Nearly four weeks in, everything is going quite well.  My colleagues are extraordinarily nice, I've learned a lot, and once the first couple of weeks had ended I had (for the most part) stopped feeling like a total idiot.

Which at least helps to make up for the fact that I may have made a total idiot of myself with the star of the biggest movie musical of all time.  It all evens out, you see?
Posted by Furrowed Middlebrow at 7:51 PM