Nothing by half measures (and a thank you)

I have to start off with a big "thank you" for all of the congratulations so many of you offered for our big day. I was especially moved by the fact that several readers who have never commented before were inspired to share their good wishes—I feel like I have many friends I never even knew about! It was so nice to "meet" you all, and also to hear from so many old friends, many of whom deserve to be considered collaborators on this blog, for all of the support and suggestions and inspiration they've provided. Andy and I appreciate your good wishes very much.

Now, back to the books—of which there are alarmingly many, as you're about to find out.

About two times per year (not counting the library's Big Book Sales which happen twice a year and always result in a pile or so of new acquisitions for ridiculously little expenditure), all of my self-restraint breaks down and I have a good old-fashioned book-buying binge. One of those binges usually corresponds to the holiday season, when I seem to feel compelled to counteract how much I hate the enforced shop-til-you-drop mentality by, rather perversely, engaging in some shopping-til-I-drop.

Sometimes, they happen to correspond with some small unexpected windfall (it being my belief that found money should always be offered up as a sacrifice to the book-shopping gods), though it is also true that the expenditure has a strange way of exceeding the actual amount of the windfall. Funny, that. In this case, the excuse, at least, for the binge, was a very generous windfall of Amazon gift cards from my kind new employers, who somehow sensed that books might be the best possible gift, and an additional holiday surprise from my sister. 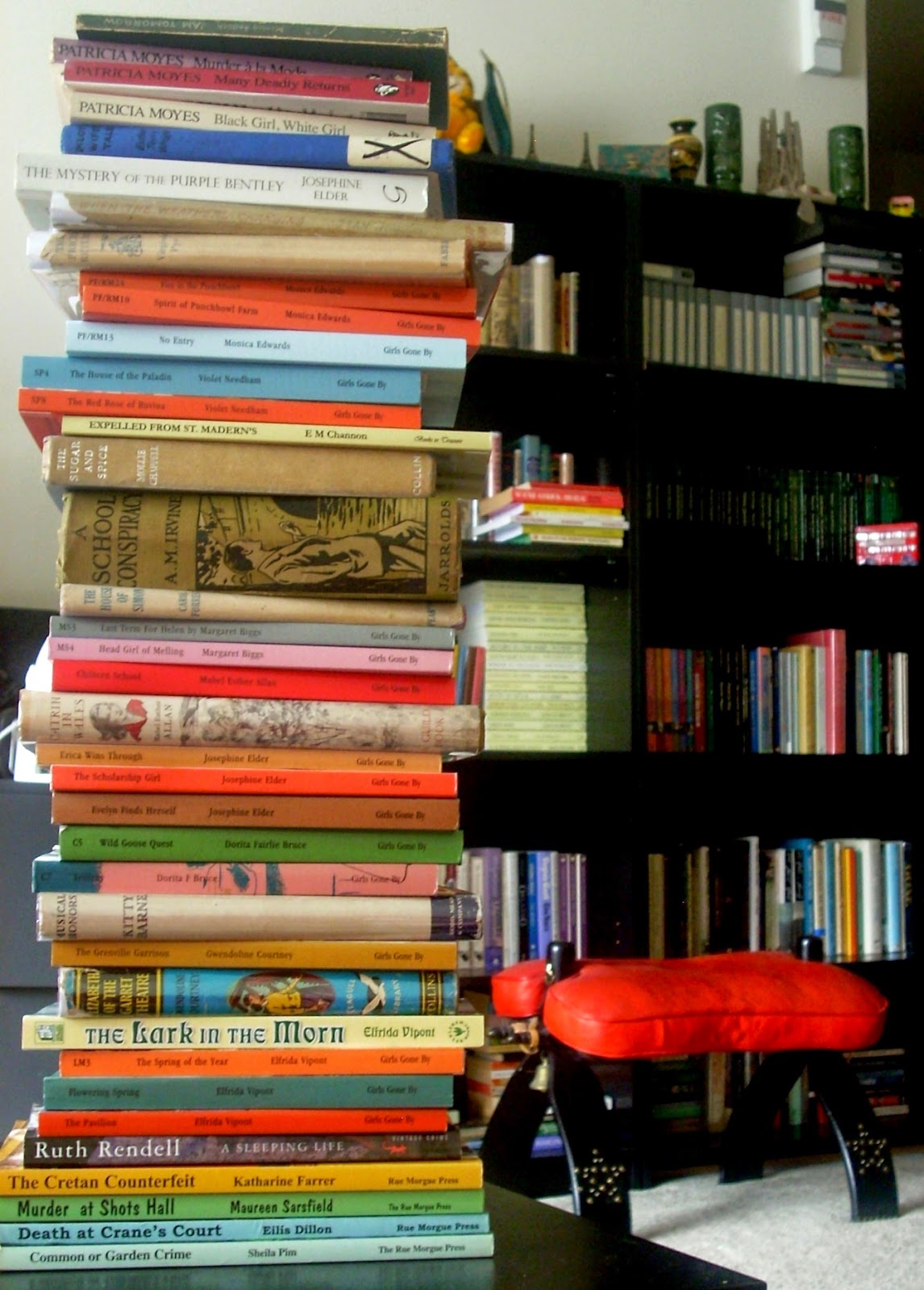 I don't know whether to be proud or ashamed of the size of the pile of books which have entered our apartment in the past few weeks as a result of burning through all those gift cards (and a fair amount more, I confess) in one sitting. But I can tell you that the photo above required as much delicacy in balancing that mountain of tomes as in photographing them in a way that you may (if you open it up and squint a little, at least) be able to make out most of the titles.

You'll quickly note that this binge has a distinct flavour of children's books about it, and that the children's books are distinctly skewed towards those published by Girls Gone By. 17 of the new books are Girls Gone By reprints, with the result that my GGB collection now nearly spans an entire bookcase shelf. Of course I couldn't resist trying to see how that will look once all the TBR books have relocated to the "have read" shelves:

Of the new GGB additions, I already listed ELFRIDA VIPONT's The Spring of the Year as one of my favorites of 2014. I've now acquired its two sequels as well as the first of the two books Vipont had written earlier, which take place in an earlier generation of the same family. GGB apparently didn't reprint those two titles, The Lark in the Morn and The Lark on the Wing, because they were in print and readily available from American religious publisher Bethlehem Books. Sadly, however, Bethlehem seems to have let the second lapse out of print now, and perhaps the first will soon follow suit. Perhaps GGB will be able to do a complete set after all?

I also finally acquired JOSEPHINE ELDER's two precursors to The Scholarship Girl at Cambridge, which I reviewed last year. It so happened that The Scholarship Girl arrived before Erica Wins Through, and I found myself plunging in, so I will soon have read the entire trilogy in exactly the reverse order. Oh, well. I added two of the Mellings series by MARGARET BIGGS, already becoming hard to find though they only recently went out of print. I added two more of DORITA FAIRLIE BRUCE's Colmskirk series, two more VIOLET NEEDHAM tales, three by MONICA EDWARDS, and another MABEL ESTHER ALLAN title. I also added one GGB GWENDOLINE COURTNEY, as well as a cute reprint of Courtney's Elizabeth of the Garret Theatre (originally called Stepmother and also reprinted in the U.S. as Those Verney Girls). 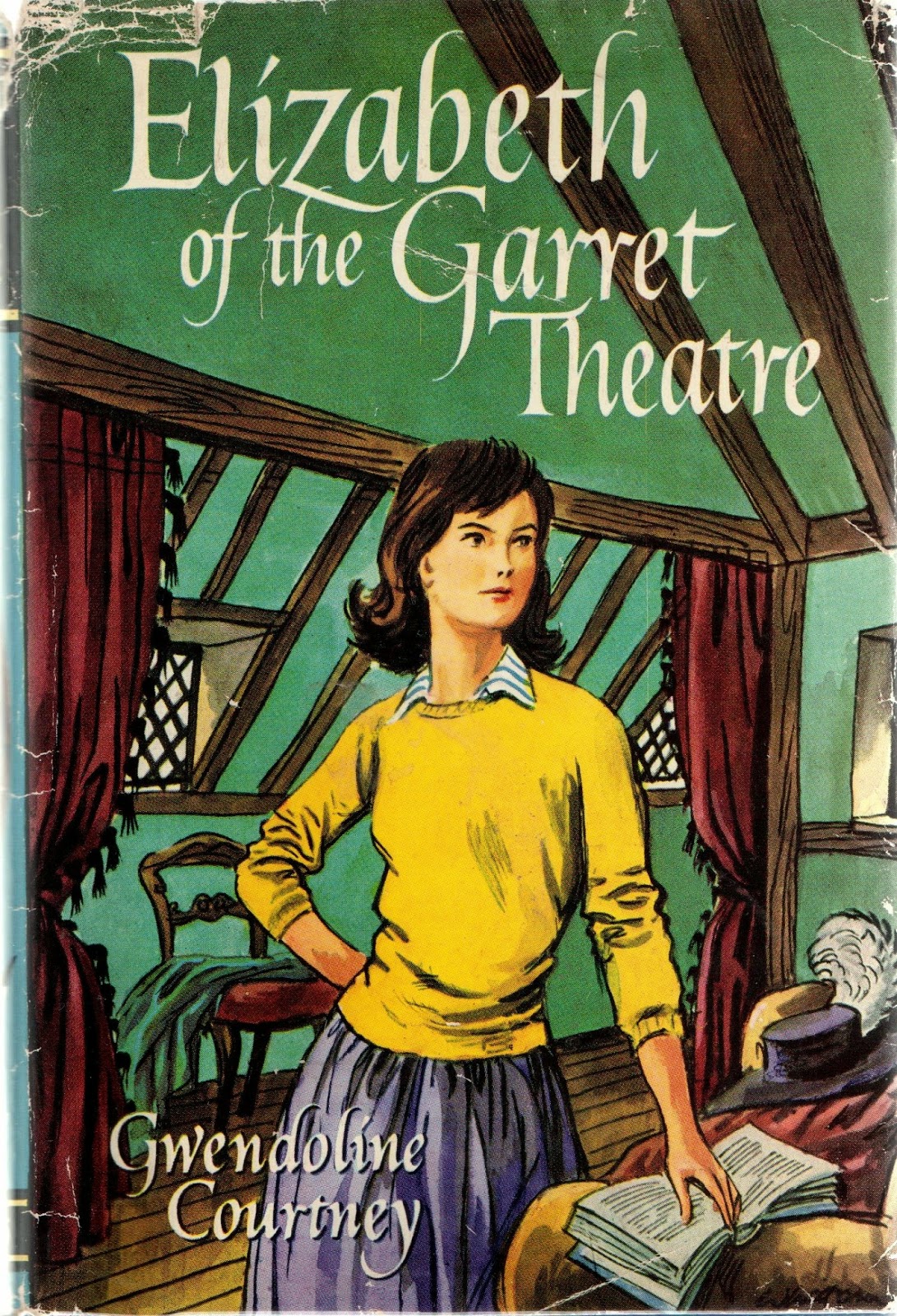 Obviously, I'm excited about GGB's offerings. But you've all seen their covers before and in some ways it's even more fun tracking down copies of the even more obscure titles that haven't been reprinted by anyone yet. I was delighted to finally be able to get my hot little hands on KITTY BARNE's Musical Honours, a family story set in the immediate postwar years, which I've already posted about here.

But Call Me Madam had also recommended, along similar lines, VIRGINIA PYE's The Prices Return, so I grabbed that one too. 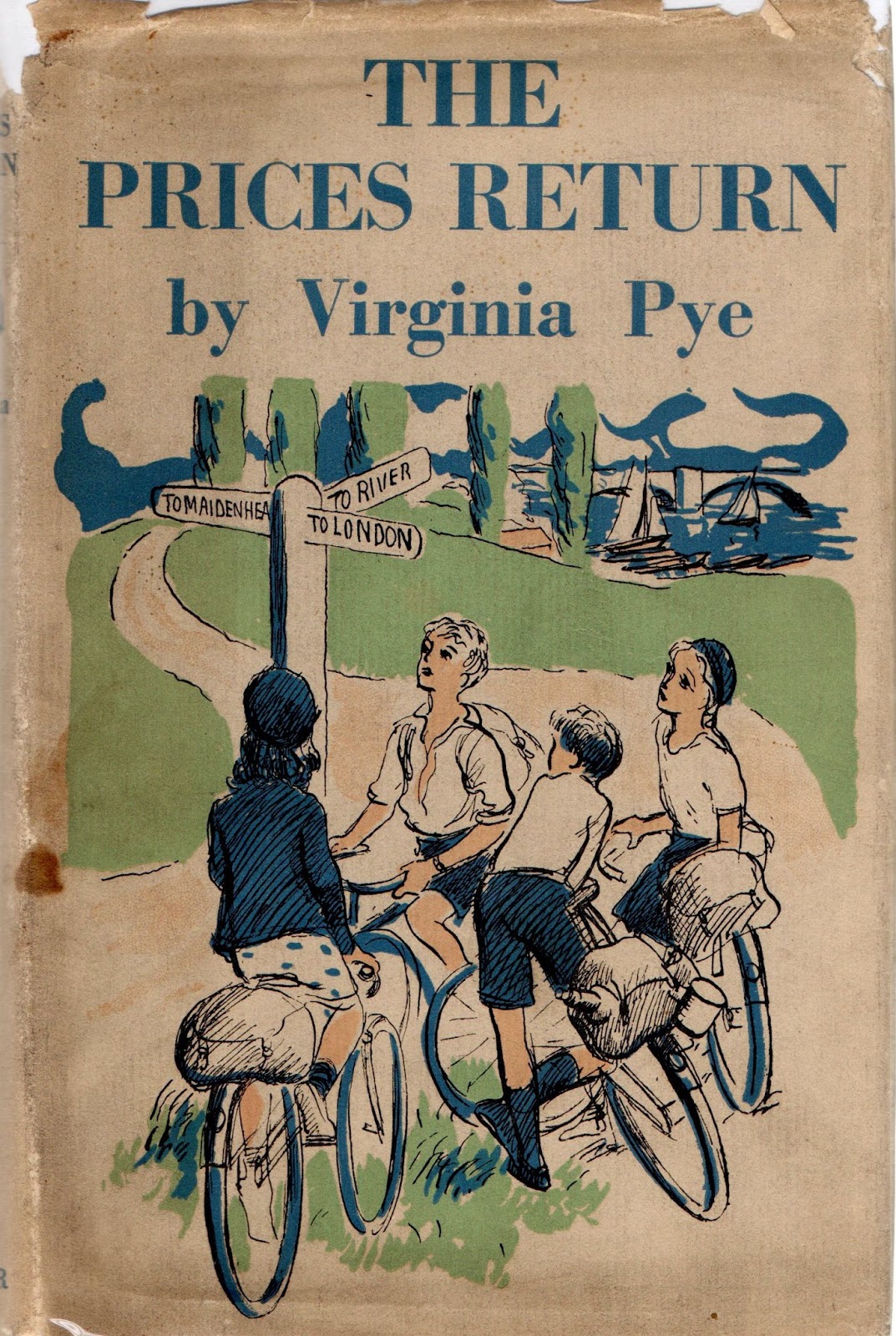 And I grabbed a nice hardcover edition of MABEL ESTHER ALLAN's later novel, Catrin in Wales, the description of which in an earlier GGB intro made it sound enticing. It was a rather bedraggled ex-library copy, hence its low low price, but by cutting off the grungy old mylar dustjacket cover and replacing it with a shiny new one, I was able to give it a whole new lease on life. Apart from a few library marks inside, its now a quite attractive addition to my shelves. 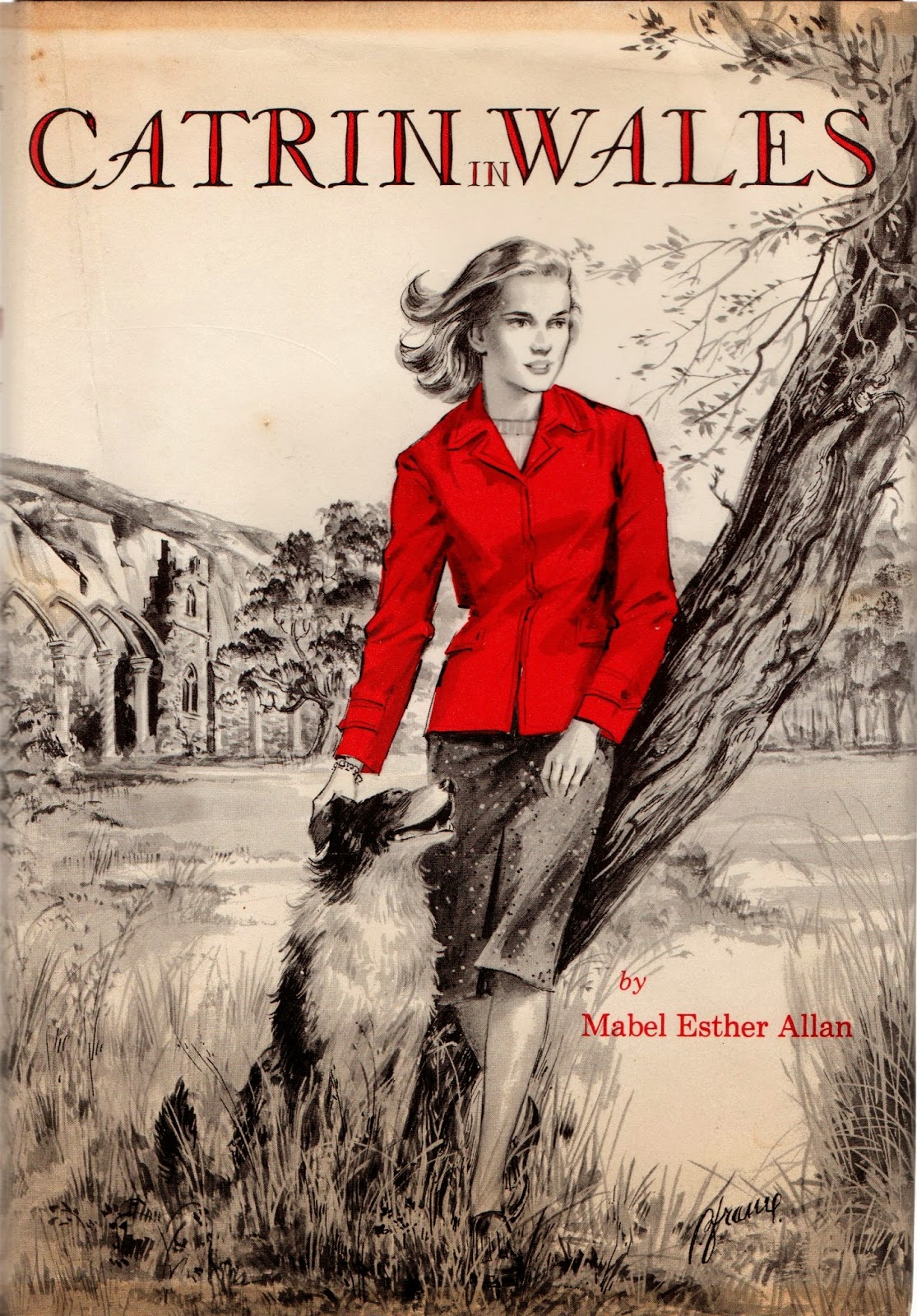 CAROL FORREST's The House of Simon has been calling my name ever since I came across a reference to it several months ago, so it went on the shopping list too: 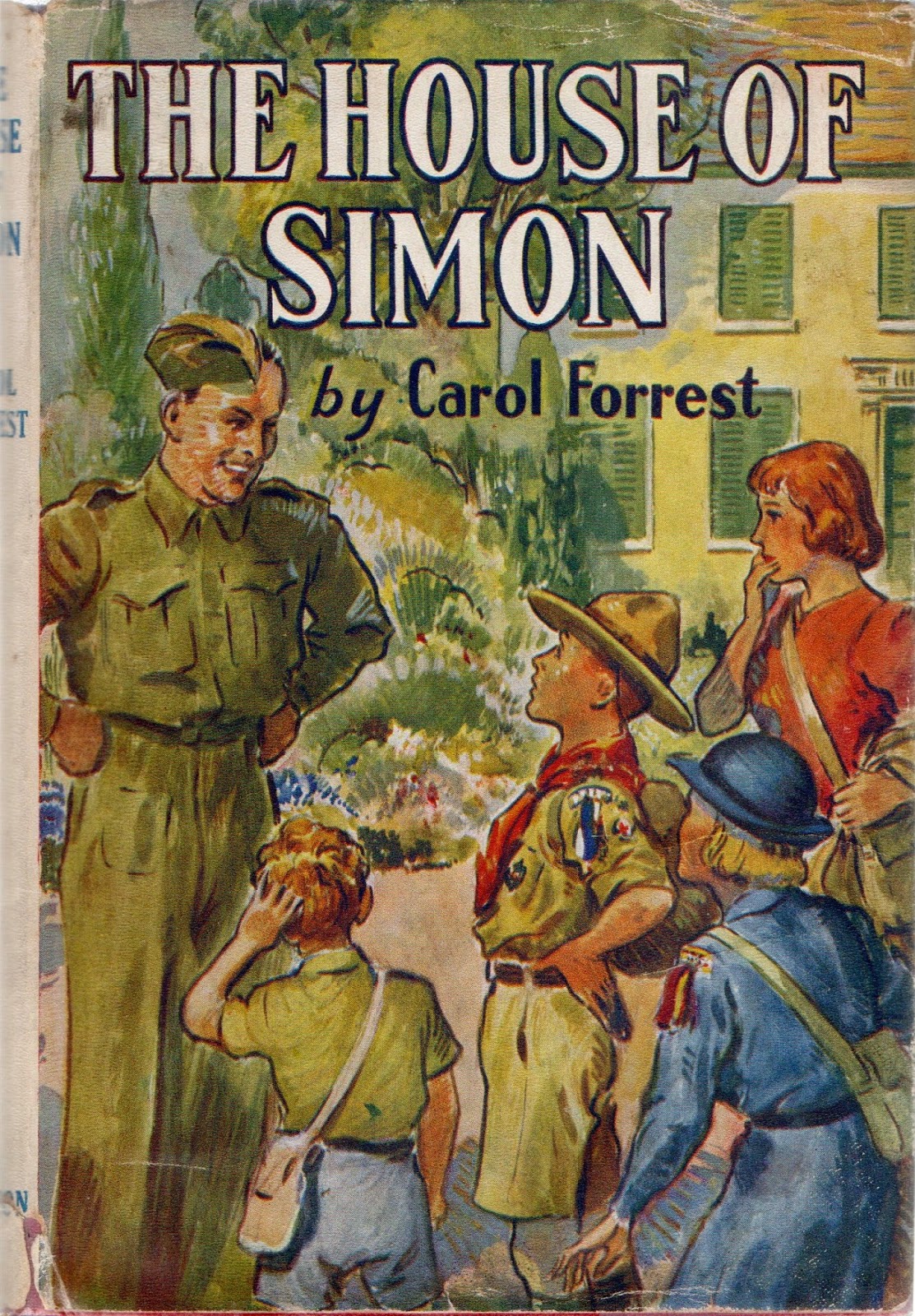 And I have no idea if MOLLIE CHAPPELL is really as interesting as she sounds, but the premise of The Sugar and Spice—about girls running a tea shop—proved impossible for me to resist.

I nabbed my very first reprint from Books to Treasure—E. M. CHANNON's school story, Expelled from St. Madern's—and I have to confess I've already gotten an ebook of another Books to Treasure title—EVELYN SMITH's The First Fifth Form (sadly, ebooks don't make for dramatic photos though). 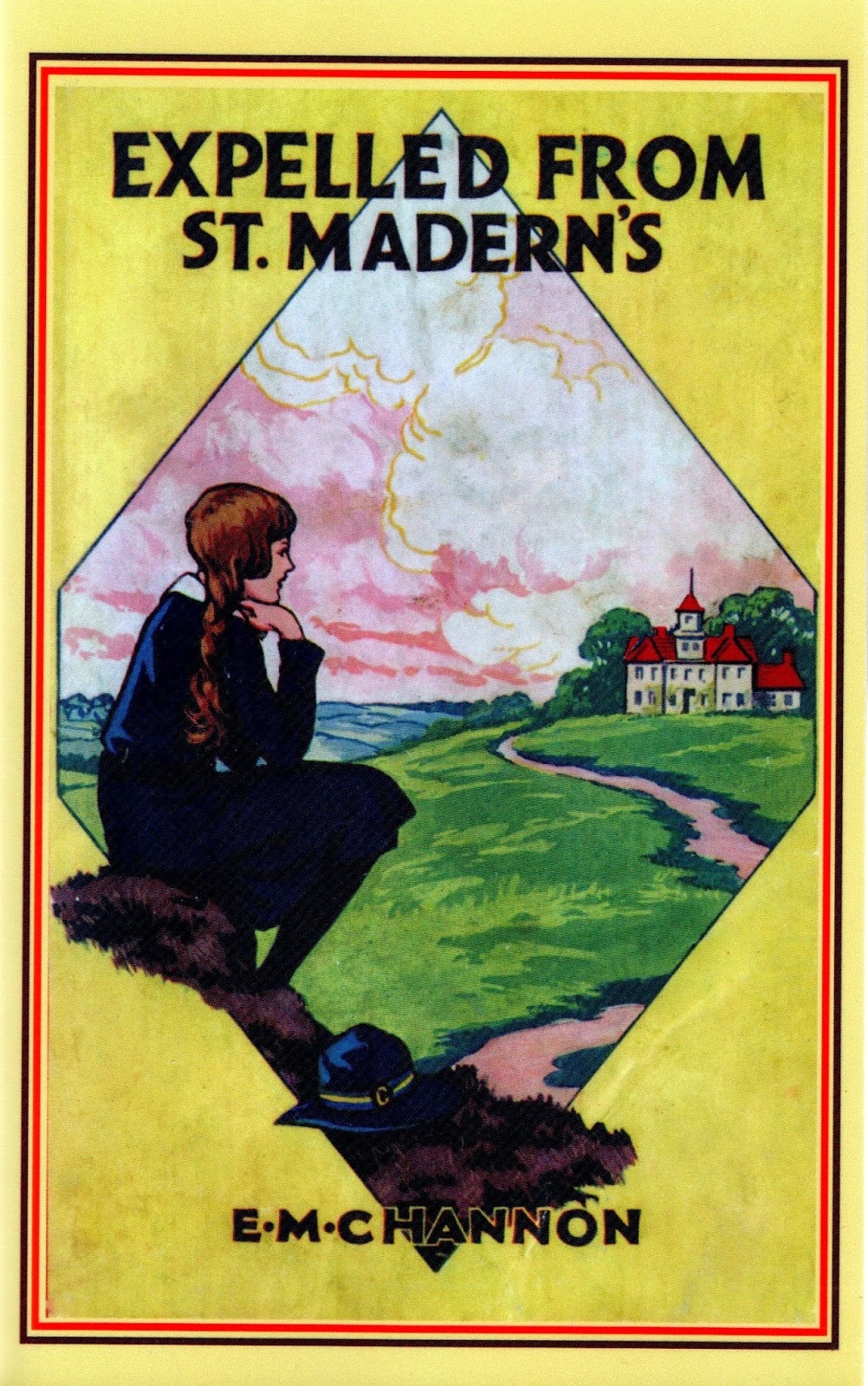 And finally, yet another school story, but a rather obscure one that I just chanced across. I was intrigued by Sims & Clare's description of A. M. IRVINE's A School Conspiracy when I was working on my last update, and then a single copy became available on Amazon at a quite reasonable price. Need I say more? So now Irvine's book is one of the oldest on my shelves, dating from the mid-1920s, and apart from a bit of warping and yellowing it has weathered the years pretty well. 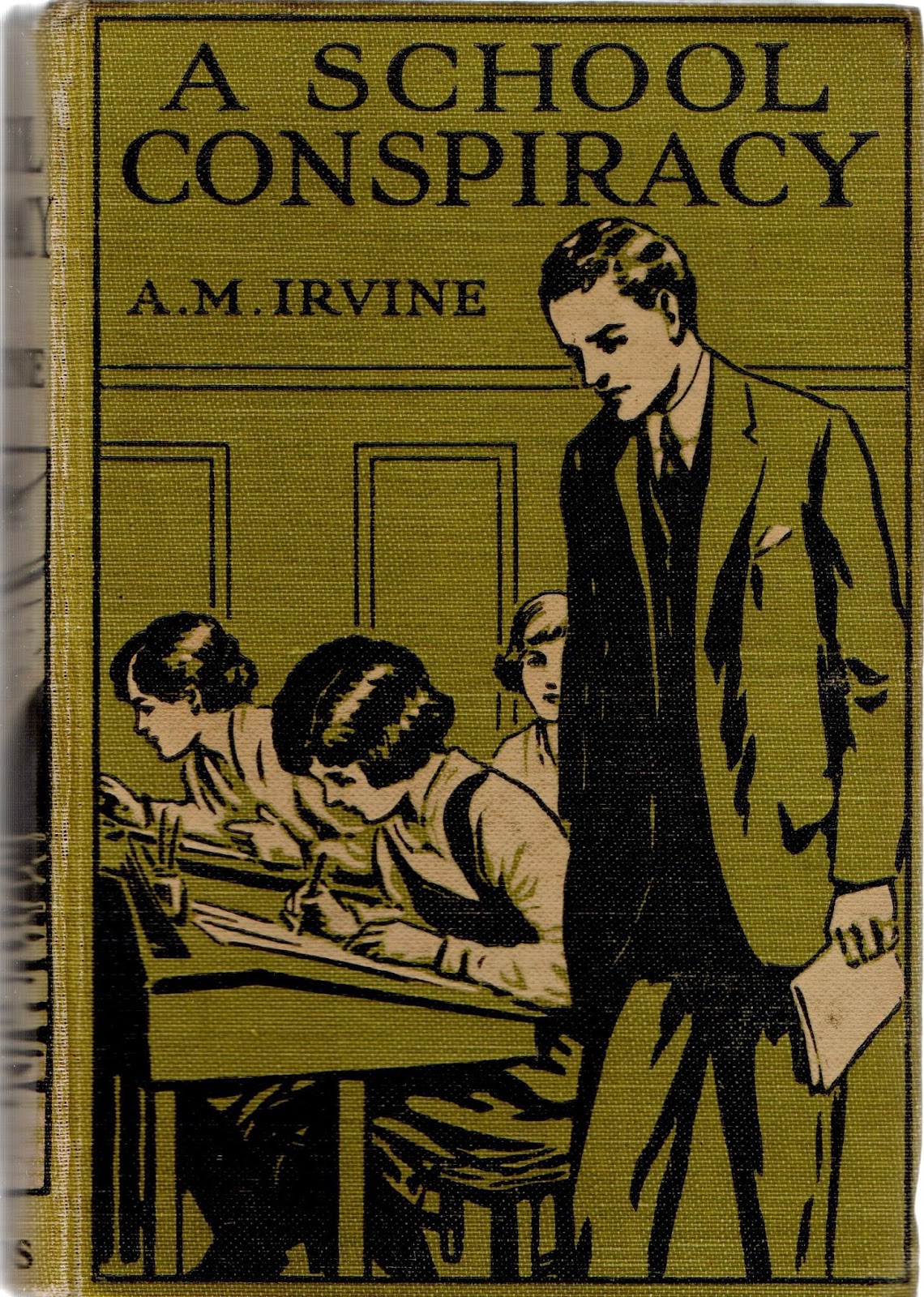 But there was actually an adult component to this orgy of shopping as well, even if it's a small component. For example, I added four new Rue Morgue Press titles at sinfully cheap prices from Abe Books, so I'll soon be sampling four writers I've yet to read—KATHARINE FARRAR, MAUREEN SARSFIELD, EILIS DILLON, and SHEILA PIM. And I also grabbed JOSEPHINE ELDER's one mystery novel, reprinted by Greyladies. I don't have high hopes for it as a mystery, but I find her insights into the medical world of an earlier day to be endlessly fascinating, so I'm looking forward to it. 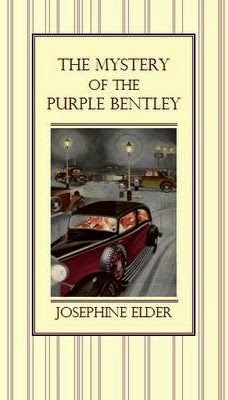 Two WWII-era works I've been eyeing also made it into my collection. In a recent update, I singled out JEAN HOWARD's When the Weather's Changing, about the events of one summer late in the war from the perspective of a farmer's wife, as particularly intriguing, and I quickly gave into temptation. 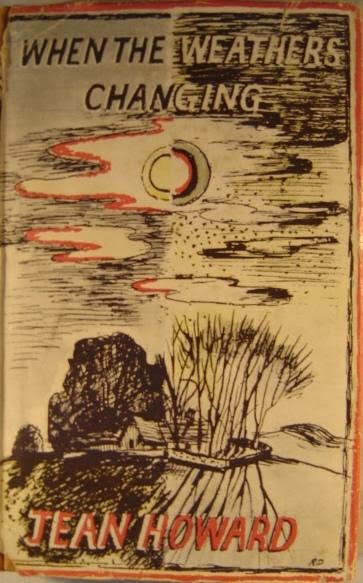 And a very kind email from ESTHER TERRY WRIGHT's son spurred me on to finally add her Pilot's Wife's Log to my collection. I'm excited to share some of what Charles Wright told me about the book and his mother, so there will surely be a post coming about that "soon" (you all know by now that that means hopefully within three months or so, right?).

And of course, last but hardly least, I will acknowledge again the lovely surprise that Tom's gift of Ruth Rendell's A Sleeping Life was. Even arriving, as it did, right in the middle of this flurry of bookshopping, wherein my postperson was no doubt cursing me daily for all the packages he had to deliver, it leaped up my TBR list and provided me with a very enjoyable weekend's reading. Thanks again, Tom!

Now, the next dilemma: where shall I put them all?
Posted by Furrowed Middlebrow at 9:58 AM