Eight more authors newly added to my main list, each of whom published at least one work of mystery or suspense. 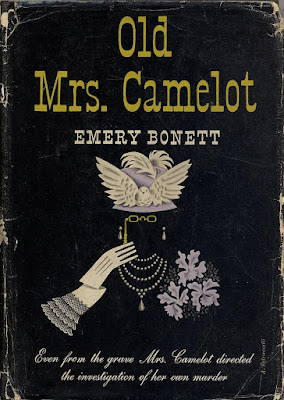 I would have to say that the author I think most promising from this batch is EMERY BONETT. Nina left a comment on an earlier post ages and ages ago suggesting that Bonett (real name Felicity Winifred Carter, daughter of novelist Winifred Carter, also newly added to my list) belonged on my list and seemed right up my alley, but it has taken this long for me to follow up. I'm actually reading High Pavement (1944, aka Old Mrs Camelot) as we speak, and I have the later A Banner for Pegasus (1951, aka Not in the Script) on my TBR shelf. 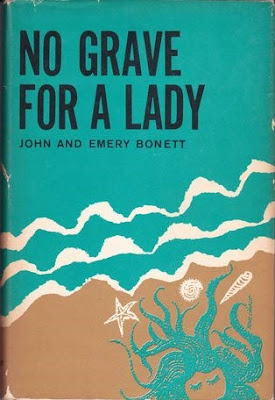 Carter started out with four solo novels under the Bonett name. Her debut, A Girl Must Live (1936), was about a chorus girl seeking a wealthy husband, and was made into a film starring Margaret Lockwood in 1939. Three more solo novels—Never Go Dark (1940), Make Do With Spring (1941), and the aforementioned High Pavement—followed. I'm not sure about Never Go Dark and Make Do With Spring, but by High Pavement she has certainly progressed to writing mysteries. After World War II, she began collaborating with her husband, John Coulson, who went by John Bonett, and produced eight more mysteries with him. Dead Lion (1949) deals with the murder of a literary critic, while my next read, A Banner for Pegasus, is about a film crew shooting a film in an English village, and No Grave for a Lady (1962), set in Lyonesse, is about a novelist looking into the death of a silent film actress. Writing was clearly in Carter's blood—in addition to her novelist mother, her uncle John L. Carter was also a novelist, and her aunt Edith Carter was a playwright. Happily, due to reprints in the 1980s and perhaps even later, Bonett's books are not as difficult to track down as many of the authors I write about. 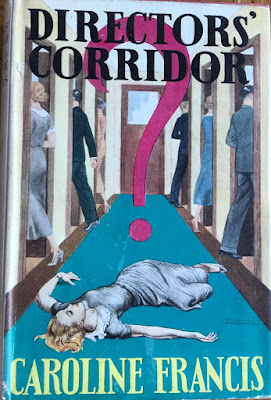 At the other end of that spectrum, however, on the "Intriguing but Impossible to Find List," would be CAROLINE FRANCIS, who published two mystery novels—Directors' Corridor (1936) and It Couldn't Be Suicide (1936). In the first, an unpopular secretary is found dead in a company boardroom, and in the second murder, a castle, and a gang of smugglers figure prominently. Of the latter, a contemporary critic said, "True, the central feature the book is to be found the murders and smuggling, but Caroline Francis has infused a happy atmosphere of humour and some effective work into the book, apart from the mysterious happenings, which dovetail naturally into the plan of things." So far, though, her books are as elusive as her true identity—John Herrington was able to discover that Francis was the pseudonym of a secretary for Vacuum Oil, a company that later became Mobil, but we couldn't identify her any further. One wonders if the unpopular secretary who becomes a corpse in Directors' Corridor was based on her own experiences of her co-workers! 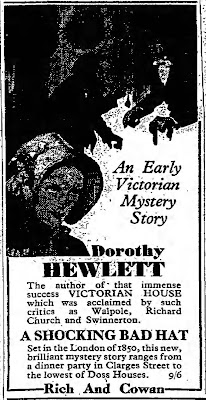 Purely judging books by their titles, one of the most intriguing books in this post is surely DOROTHY HEWLETT's A Shocking Bad Hat (1941), described by the Observer as a "mystery melodrama beginning in an alley off Holborn and ending with a chase in the sewers." Hewlett was a playwright and biographer as well as a novelist. She published several one-act plays 1929-1937, followed by Adonais: A Life of John Keats (1937).

I'm also quite intrigued by G. M. (GERTRUDE MARY) WILSON, who was a schoolteacher, comic strip writer, and author of more than two dozen novels. Many of these were mystery novels with supernatural elements, and often featured series character Miss Purdy, a mystery writer herself, and Inspector Lovick. Titles include Risky (1948), Cousin Jenny (1954), Bury That Poker (1957), It Rained That Friday (1960), Witchwater (1961), Murder on Monday (1963), Nightmare Cottage (1963), Cake for Caroline (1967), Death is Buttercups (1969), She Kept On Dying (1972), and Death on a Broomstick (1977). John at Pretty Sinister has posted enthusiastically about her work—see here, and, inspired by John, Martin Edwards made Nightmare Cottage one of his "forgotten books" here. Great recommendations, but alas most of the books are a challenge to find. 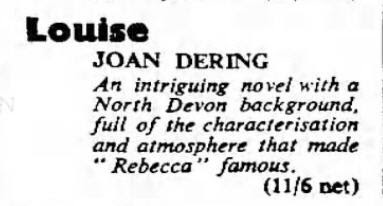 JOAN DERING also garnered some high-profile praise in her day. At least some of her seven novels seem to fall into the romantic suspense genre. Anthony Boucher called her debut, Louise (1956), "A romantic suspense-novel in the du Maurier tradition … contains some nice observations of a convalescent home and a second-rate public school. The ending is ill-contrived and resoundingly anti-climactic; but the going's a pleasure up to that point…" But Barzun and Taylor, in their Catalogue of Crime, are more enthusiastic about her final novel, Not Proven (1966): "The women in it are intelligent, courageous, and consecutive in their actions and feelings; the writing is first-rate and the plot (in the Jane Eyre category) is admirably put together, as is the solution of the antecedent murder." 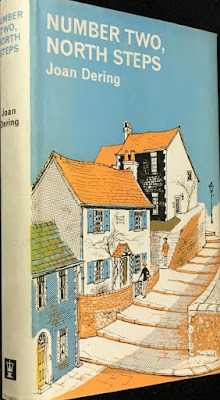 Number Two, North Steps (1965) is perhaps a bit more of a conventional mystery, with a vicar's daughter helping to clear her cousin of a murder charge. The other titles are Mrs Winterton's Rebellion (1958), The Caravanners (1959), Marianne (1960), and The Silent Witness (1962). 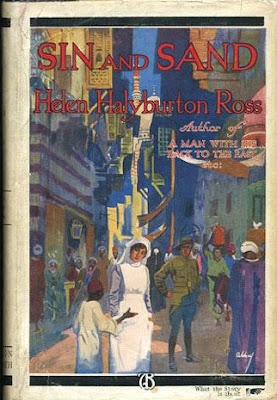 I'm generally more interested in mysteries and whodunnits than in more exotic adventure thrillers, but if you feel differently then HELEN HALYBURTON ROSS might be up your alley. She was the author of 11 novels, most or all of them thriller-ish in theme and many with Middle Eastern settings. Her debut, A Man with His Back to the East (1926), is set in Egypt.

A blurb from the Yorkshire Observer called The Mystery of the Lotus Queen (1931) "a story of amazing adventures … proves most exciting in its atmosphere of suspense." Other titles include The House of the Talisman (1927), Sin and Sand (1929), The Lost Oasis (1933), and The Scarab Clue (1935). The name Halyburton doesn't appear on any of her own records, but was her father's middle name, so presumably she adopted it as a kind of pseudonym in his honour.

With HAZEL P. HANSHEW we progress from an author using her father's name to an author who is credited by the British Library with having written (or possibly co-authored, with her mother Mary E. Henshew) several titles in the 1910s and 1920s which were first published as by her father, Thomas W. Hanshew. She later published three novels of her own—The Riddle of the Winged Death (1931), Murder in the Hotel (1932), and, under her pseudonym Anna Kingsley, The Valiant Pilgrim (1933). Hanshew is sometimes considered an American author as her parents were American, but they moved to England early in her childhood and she remained there most of her life, so I've included her in my list. (Sadly, no cover images at all that I could find.) 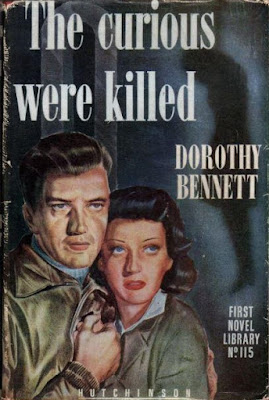 Finally, and rather anticlimactically, there's KAY (KATHLEEN) AGUTTER, who was a journalist and author of four novels. Three novels appeared pseudonymously under the name M. J. Stuart in the 1920s—The Valiant Gentleman (1924), which sounds like a romantic comedy, Grafted Stock (1925), and Brass Pot and Clay (1927). One final novel, Nothing Is Past (1939), a dark tale of a man whose past traumas turn him into a murderer, appeared under her own name.

That's it for this post, but I still have posts on more than 20 "new" children's authors, as well as 20+ other new additions to my list that are of particular interest. Coming soon…
Posted by Furrowed Middlebrow at 9:19 AM