It was a little shocking for me, in preparing this post, to realize that I haven't written about Sylvia Townsend Warner here since my very first review back in 2013—which was, appropriately, of my all-time favorite novel, Warner's first, the amazing and lovely Lolly Willowes (1926). Though, to be honest, perhaps it's not all that shocking, since many of Warner's later novels are notoriously challenging to engage with. I read and quite enjoyed Summer Will Show (1936), but that was before I started this blog and so I haven't written about it here. And then I attempted, in succession, Mr Fortune's Maggot (1927), After the Death of Don Juan (1938), The Corner That Held Them (1948), and, most recently, The Flint Anchor (1954), and somehow never managed to finish any of them. 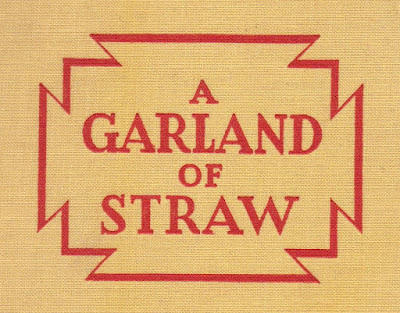 Mind you, I love the way Warner writes, and Corner has the unusual distinction of being absolutely positively my favorite novel of all time that I've never actually finished. It's set in a medieval convent, and is fascinating in its historical detail and its sharp, icy prose that is somehow so fitting for a book about that period. And for what it's worth, I love it tremendously in theory. It's just in practice that I get into trouble… (Do you have books like that? That you like for many reasons, but are unable to finish?) Similar things happened with my attempt to read The Flint Anchor. And as for Mr Fortune's Maggot, some of you will have noted that I picked up a new copy of the old green Virago edition in the U.K. in October, so I'll be making another attempt there soon. (I'm optimistic about it, as other bloggers seem to have liked it—I think I was just in the wrong frame of mind when I approached it before.) In fact, I'm hoping that 2017 will be the year of properly discovering all of Warner's work, and as I have a good deal of it already on my bookshelves, that project, at least, will require little or no book shopping expenditures!

At any rate, all of this was before I had ever really engaged with Warner's short stories, and it's they who have now given me a proper excuse to write about her again. I had been meaning to read the two story collections that include her wartime stories—A Garland of Straw (1943) and The Museum of Cheats (1947)—ever since a couple of the stories were mentioned in Jenny Hartley's marvelous Millions Like Us. Which was a few years ago now, so I'm right on time in finally getting round to them now…

Many of these stories first appeared in The New Yorker, not unlike the more famous wartime stories by the likes of Elizabeth Taylor, Elizabeth Bowen, and Mollie Panter-Downes. I know I make this sort of comment constantly, but I do wonder how it is that Warner hasn't garnered her own collection of wartime stories like Panter-Downes' excellent Good Evening Mrs Craven from Persephone. I happened to check, after reading these two books, to see which of them were included in the Selected Stories volume published in 1988 (and reprinted later by Virago), and I have to say that almost none of my favorites from these books were included. Was it just that publishers assumed readers in the 1980s couldn't relate to war stories? Whatever the reason, it's yet another reason for a collection focused specifically on wartime themes. 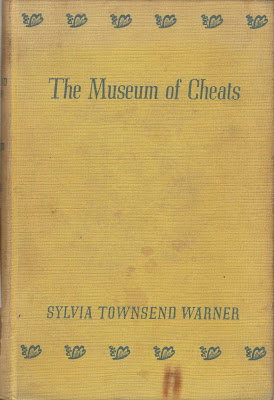 Which is not to claim that every story in these collections is a winner. There are a few bits of somewhat obvious propaganda ("Apprentice" and "A Functionary", for example), and a few more that I found a little bewildering ("The Museum of Cheats", "Unknown to History"). But most of the stories are entertaining at the least, and a good many are out-and-out brilliant.

To cut to the chase, my favorite from both collections is easy to select. "From Above" from A Garland of Straw, struck me as distinctly Lolly Willowes-esque in its story of a woman whose home—stuffed to the gills with her husband's highly cultured and treasured posessions—is threatened by a time bomb, and who finds herself feeling giddy with freedom and exhilaration at having a day away from the posh confines of her home:

With guilty alacrity she jumped on a bus; shameless and nimble as any cat running off with the cold pheasant, she ran off to make the most of her holiday. Hourly becoming more depraved, she told the manicurist all about the time-bomb in the Mews, and lapped up the sympathy that followed. At the record-shop too she told the man about the time-bomb, and he agreed with her that music was what she needed, music was the only possible comfort and solace. She played through an album of songs by Debussy, a type of music that James detested, and went out, having bought nothing, humming to herself a vague incantation of wholetone scale melodies in her husky voice that was like a pastel, for it smudged and never could stay in tune.

It's a funny story, and definitely a surprising direction for a time-bomb story to take, but it manages to get in a lot of subtle observations about married life and the quieter forms of feminine oppression and resistance.

"The Trumpet Shall Sound," also in Garland, likewise manages to take some morbid humor from the Blitz, as a gathering of mourners at a cemetary (of a man who has fallen over a bicycle in the blackout, no less) must seek shelter from a daylight raid by climbing into the freshly dug grave. 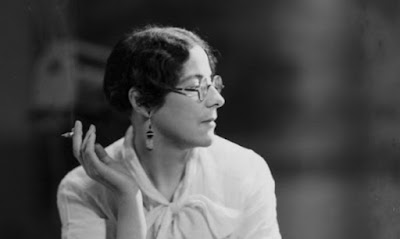 Then there are the stories about the unusual living arrangements inspired by wartime. "Sweethearts and Wives," from Museum is about a household comprised of three women whose husbands are away at war, along with their three children, and deals with the logistical difficulties of communal living. And "View Halloo," in the same collection, is the story of Antoinette, a woman who has taken a house in Wales to be out of harm's way, has advertised for fellow tenants, and is apparenly cheerfully living with the results—until she discovers the children playing at ghoulish ways of killing an apparently fictional woman named Mrs. Lawther. What starts as light and cheerful ends up as a rather disturbing, powerful little tale (I won't spoil it here).

Then there are the darker stories, at which Warner is also terribly effective. "Noah's Ark," from Garland, is about evacuees who give their hostess nightmares with their obsession with the wild animals in the London Zoo. Which doesn't sound like much of a theme, but it ends up quite poignant. And "Time's Silvering Hand," from Museum, is about a young boy entertaining an elderly woman with tales of the horrors he's witnessed in the Blitz, which she seems to enjoy a bit too much.

Warner is particularly brilliant with the little touches that show the ongoing effects of war. In "Mutton's Only House," a woman habitually looks for the quick glimpse of her own house through the trees as she returns home on the train, and mentions that now and then she has missed it and automatically imagined that the house has been bombed. And in "The Way Back," we see, in a simple reflex action, how war traumas linger in a returning soldier.

Most of these stories will certainly reward rereading. I've reread a few of them already, and noticed new things—Warner's delicate, skillful touches that that are so simple as to be easily missed but that, given proper attention, cause the story to open out with new meanings and new significance.

(As it happens, Simon at Stuck in a Book only recently wrote about Museum of Cheats as well—see here—and in fact named it as one of his top reads of the year. Happily, he was as enthusiastic as I am, and in fact his writing about one story in particular, "To Come So Far," made me go back and pay closer attention to it. I think I had rather breezed through it the first time, so thank you Simon for making me appreciate it more!)

At any rate, I had a great time with both collections, and they've led me to dive into reading Warner's diaries, which were reprinted by Virago, and to request Claire Harman's biography of Warner from the library. Plus, I'm happy knowing that Warner wrote a whole slew of other stories—a dozen or so additional collections in all. So, you'll likely hear more about her in the coming months.

In the meantime, I will leave you with a particularly amusing and wonderfully morbid metaphor, taken from "Boors Carousing" in Museum:


Beyond this, suddenly and surprisingly whitewashed and neat, was Miss Metcalf's dwelling, like a bandbox abandoned on the river's brim by someone who had committed suicide.
Posted by Furrowed Middlebrow at 5:53 AM