Last year, I did my end-of-year favorites around the New Year, but in fact this was just because I hadn't managed to get my act together enough to do it as a holiday season post. This year (is it possible?), I have actually managed to do it a bit earlier, before the luxurious 10-day holiday break Andy and I will be taking from our jobs.

As I did last year, I've selected my twelve favorites of the books I read during the year. A top ten is just too hard, and a dozen allows a bit of latitude for including most of the titles I really, really loved this year. Actually, though, I have to admit that even narrowing my favorites down to a dozen was a challenge. There were several more classic mysteries that I very much enjoyed (Patricia Moyes' Many Deadly Returns, Gladys Mitchell's St. Peter's Finger, Harriet Rutland's Knock, Murderer, Knock!, and Maureen Sarsfield's Green December Fills the Graveyard, to name the ones I just couldn't resist squeezing into this post even if they didn't make the list), and even a couple of really wonderful modern "cozy" mysteries, including the final (no! say it ain't so!) Mrs. Mallory mystery from Hazel Holt (who, as many of you must already know, very sadly passed away just a few weeks ago, but remains my absolute favorite of modern cozy authors) and all four of Jill Paton Walsh's Imogen Quy mysteries. But ultimately I had to make the tough decisions.

Amazingly, I find that I actually managed to blog about all of my favorite titles of the year, so I've linked to the original posts below.

Since Fair ranks as my very favorite newly-discovered author of the year, I couldn't place her anywhere but at No. 1. It was tough to choose only one of her charming, funny, Thirkell-esque village comedies, but ultimately I found A Winter Away the most polished and readable of her six novels. Oh, that there were more than six! I did finally break down a couple of months back and read the last of her novels, The Mingham Air, which I also quite enjoyed, but I was suitably bereft to have finished all of Fair's oeuvre. If you haven't checked her out yet, this one is a great place to start. 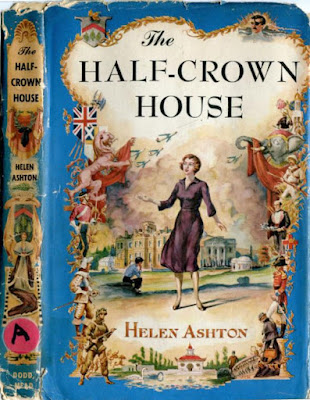 I know I'm not alone in loving this one, though it's downright criminal it's not in print and available to a larger audience. Ashton is high on my list of authors to explore further in 2016, but in the meantime I can heartily recommend the lush domestic and architectural details of this charming tale of a single day in and around the country estate of the once-prosperous Hornbeam family. And for once, copies are fairly readily available—due to its having been a Book-of-the-Month Club selection or alternate, there are quite a few copies floating around. 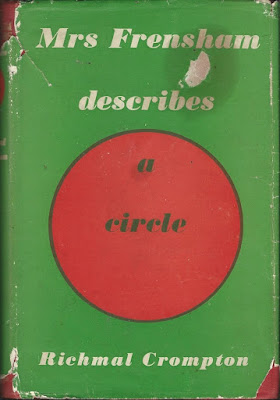 No one would expect one of my lists to lack at least one WWII home front novel, so here it is. I managed to come across this one even before Greyladies reprinted it earlier this year, and it fits one of my favorite (admittedly self-invented) genres—the "uncozy," a term I use to describe a novel that is basically cheerful and comforting, but has some deeper and darker meanings there for the pondering if one wants to ponder them. This seems to have been one of Crompton's strengths, and she too is certainly an author to explore further in 2016—particularly now that many of her adult novels have been released as e-books by Bello Books. 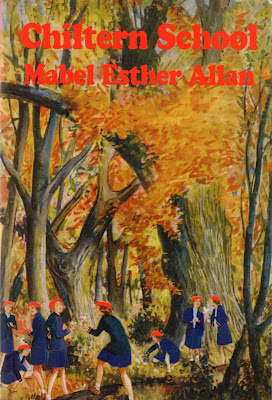 For whatever reason, Mabel Esther Allan was probably my single most-read author of 2015, so it would hardly be fair not to list one of her titles here. The trouble was deciding which one. I was especially tempted by her lovely combination holiday/coming-of-age story Swiss Holiday (which I also discussed here), but finally I had to go with this early title (though not published until the 1990s and not made readily available until it was released by Girls Gone By a few years ago). It's one of my two favorite school stories—and the other one just happens to be No. 5 on this list! 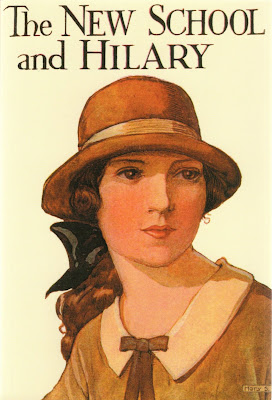 A worthy companion-piece to my favorite grownup school story, Mary Bell's Summer's Day, Darch's tale is certainly written for girls, but has an unusually mature perspective on school life drawn from Darch's own experience as a teacher. New School goes for realism rather than far-fetched adventure, and is all the stronger for that. Since blogging about New School and another Darch title, Alison Temple—Prefect, I've read one more of Darch's titles, her first, Chris and Some Others (1920), and loved it as well. I have one more on my TBR shelves… 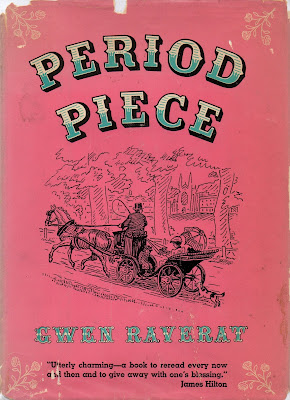 One of my all-time favorite memoirs, and a lucky book sale find, I know this one is also a favorite with many of you. Not only a vivid portrayal of Victorian life through the eyes of a child, but one of the funniest books you'll ever read, I can't recommend it enough—and the final quote I used in my post about it still makes me laugh whenever I think of it. 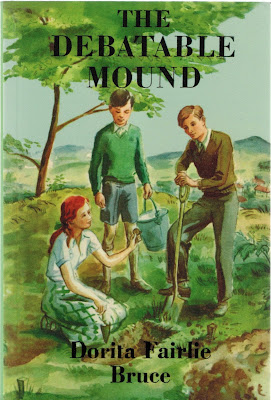 From Bruce's Colmskirk series, this was one of the most thoroughly amusing and entertaining books I read all year. It has much more the feel of a charming, cozy novel for adults than most of the other titles in the series, and even readers not usually interested in "children's" fiction are likely to find it a rollicking good time. 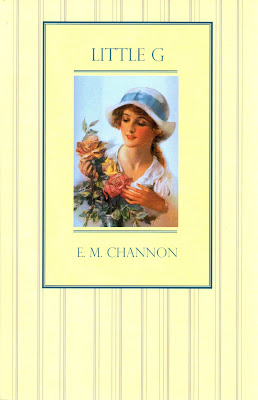 Another of my favorite "cozy" reads this year. Channon, like Bruce, is known for her school stories, but this was her final novel for adults and has loads of charm and humor and glimpses of ideal village life. Who doesn't love a tale of a curmudgeon whose hard heart is gradually softened by likeable children and an irresistible woman? 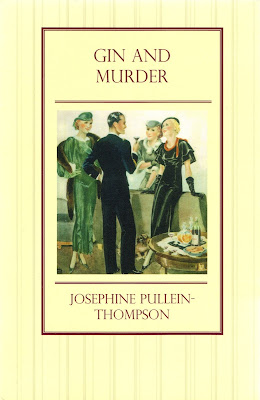 My favorite mystery discovery of the year is also rather frustrating, since Pullein-Thompson was apparently discouraged by her publisher from continuing to write mysteries after she'd published only three. It's really a toss-up for me which of those three—Gin and Murder, They Died in the Spring (1960), and Murder Strikes Pink (1963)—is my favorite, but this one is the first and makes an excellent introduction to her immensely likeable Holmes/Watson team, DCI Flecker and Detective-Sergeant Browning, so I'll make it my recommendation. 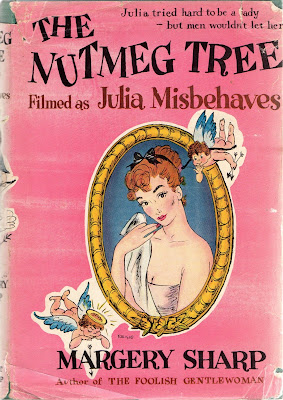 Funny, charming, and surprisingly edgy for its time, Sharp takes as her heroine a smart, funny, oversexed heroine who makes an irresistible companion for a weekend's reading. There are lots of writers I love who are completely or mostly out-of-print, but Sharp is the most bewildering oversight on the part of publishers. Sourcebooks or Bloomsbury or Bello or another savvy publisher needs to get to work reprinting Sharp's entire body of work.

Whipple is one of Persephone's most popular rediscoveries and one of my favorites of their authors, but this late work, "compiled from note-books and journals kept from 1925 onwards" and covering tantalizing glimpses of Whipple's life during World War II, as well as delightful insight into her always-humble reactions to her literary success, has yet to be reprinted. It provides more evidence, if any were needed, as to why Whipple is one of the authors I would most love to have as a next-door neighbor. And finally, my second favorite mystery discovery of the year (though, technically I "discovered" her years ago, but just hadn't got round to reading her until this year. This, her debut novel, is my favorite so far, with a loveable amateur sleuth, a gardening-related crime, and an irresistibly Thirkell-esque setting in an Irish village in wartime.

And that's it! What were your favorite books of the year?
Posted by Furrowed Middlebrow at 9:23 PM