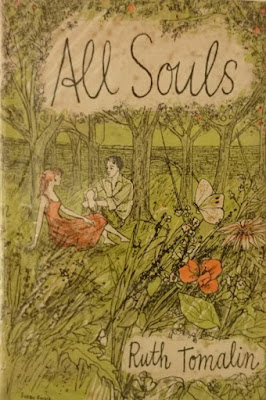 Twelve more children's authors newly added to my author list with the last update, now more than six months ago (it does take me a while to get round to these, doesn't it?). 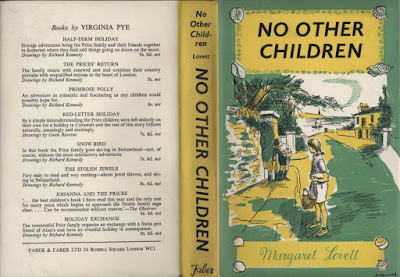 First off, no fewer than three authors who came to my attention thanks to my inimitable Fairy Godmother. She also provided some lovely dustjackets for them, as usual. 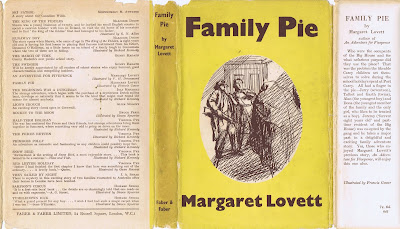 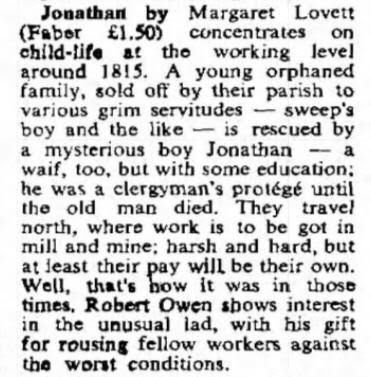 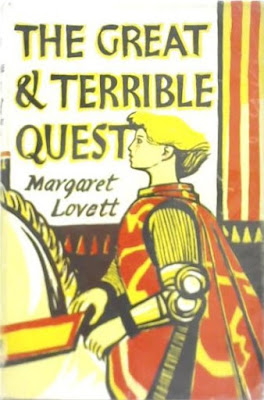 I'm particularly intrigued by (but of course still haven't got round to actually reading) MARGARET LOVETT, a schoolteacher and the author of six children's books. The first three—An Adventure for Fivepence (1945), Family Pie (1947), and No Other Children (1949)—are holiday stories, though Family Pie also appears to have a distinct postwar feel to it. Sir Halmanac and the Crimson Star (1965) and The Great and Terrible Quest (1967) seem to have fairy tale qualities, and the latter must have been Lovett's most successful book, as copies of it seem to abound. And her final book, Jonathan (1972), is about a group of young orphan mill workers during the Industrial Revolution. 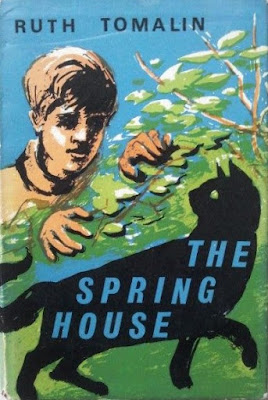 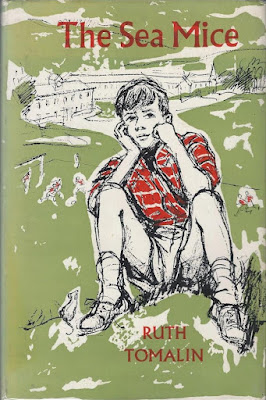 RUTH TOMALIN seems like one of those authors I should have known about long before now, but then, there are always those authors in every update I do, even with more than 2,000 in all already included! She was a poet, journalist, children's author, and novelist. Her first novel for adults was All Souls (1952), called by the Observer "A prettily written first novel with a long-dead witch resurrected in an English village," which could really go so many different ways. That one, like so many others, is waiting patiently on my TBR shelves. Four of her later works—The Garden House (1964), The Spring House (1968), Away to the West (1972), and The Orchard House (2008)—trace the youth and young adulthood of Ralph Oliver and his cousin Rowan, and have been considered by turn to be children's fiction or adult novels about childhood. The Spring House was included in my revamped WWII Fiction List recently. 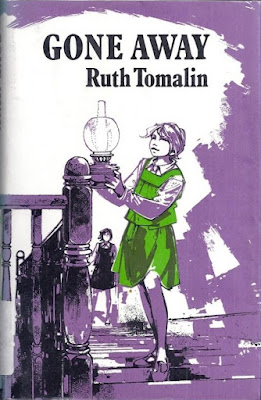 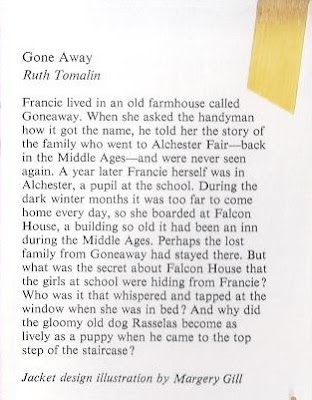 Tomalin's children's titles include two published under her maiden name, Ruth Leaver—Green Ink (1951) and The Sound of Pens (1955). In comments to Twentieth Century Children's Writers, Tomalin said "Most of my stories are about people and things of the English countryside. All are set in places well known to me at different times, ranging from a copse full of wild life (The Daffodil Bird) to Broadcasting House, London (The Sea Mice); and from a glass "watch-house" in a nature preserve (A Stranger Thing) to a reporters' room on a provincial evening paper." 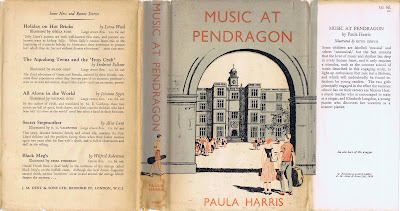 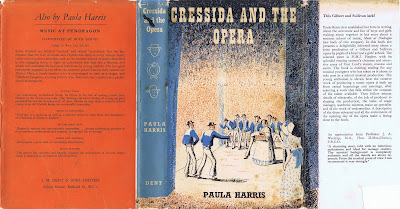 Next up is PAULA HARRIS, whose three music-themed children's titles—Music at Pendragon (1959), Cressida and the Opera (1960), and Star in the Family (1965)—look absolutely irresistible. Thanks to FG for the tantalizing cover art. Harris also published two music themed works of non-fiction, Introducing Beethoven (1963) and The Young Gilbert and Sullivan (1965). 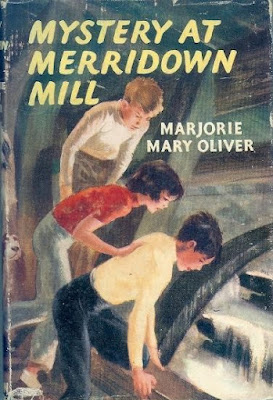 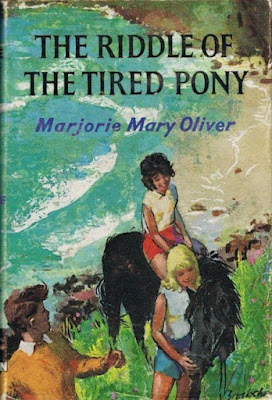 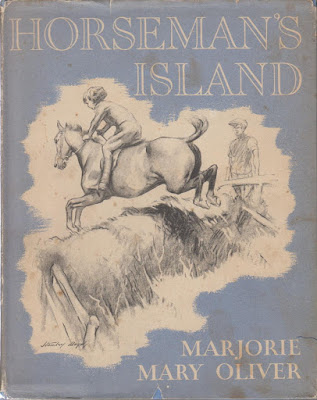 Fans of pony stories may well be familiar with MARJORIE MARY OLIVER, who wrote or co-wrote ten books in all. Her solo titles, most or all of them also concerned with horses, include Riding Days in Hook's Hollow (1944), Horseman's Island (1950), Land of Ponies (1951), A-Riding We Will Go (1951), Menace on the Moor (1960), Mystery at Merridown Mill (1962), and The Riddle of the Tired Pony (1964). She also co-wrote three early pony stories with EVA DUCAT (also newly added to my list)—The Ponies of Bunts (1933), Sea Ponies (1935), and Ponies and Caravans (1941). On the 1939 England & Wales Register, Oliver is shown as running a riding school in Sussex with her farmer husband, so she clearly knew her subject matter. 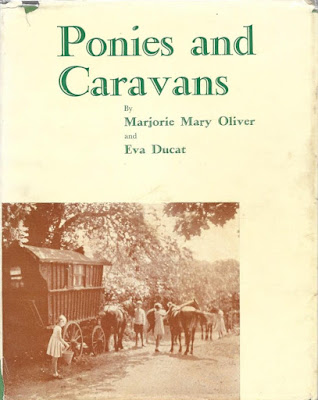 Ducat, meanwhile, seems to have had her main claim to fame in being a friend, mentor, and "musical agent" of poet William Butler Yeats. She published a memoir, Another Way of Music (1928), which includes mention of many of her other famous friends. 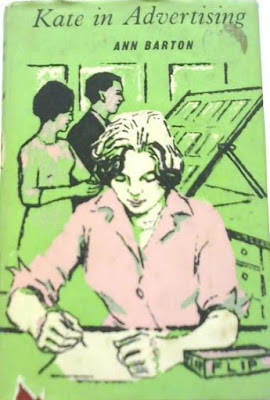 A couple of unidentified authors contribute a handful more titles. ANN BARTON, for whom there are simply too few clues and a far too generic name to allow for identification so far, published a single girls' career story, Kate in Advertising (1955). 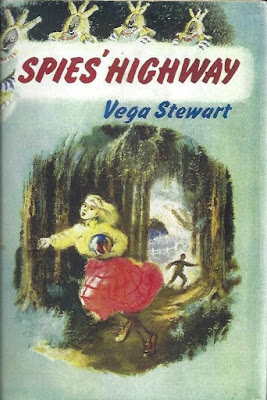 And VEGA STEWART, a translator as well as a children's author, has proven elusive as well, but she certainly wrote two children's books—Fourwinds Island (1951), a holiday adventure with an island setting and an orphaned schoolgirl heroine, and Spies' Highway (1954). 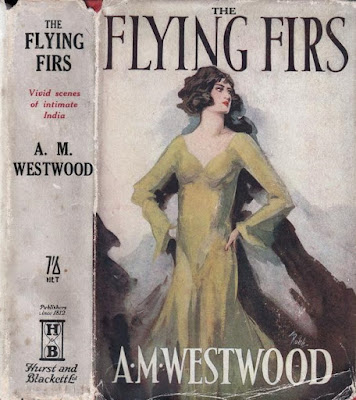 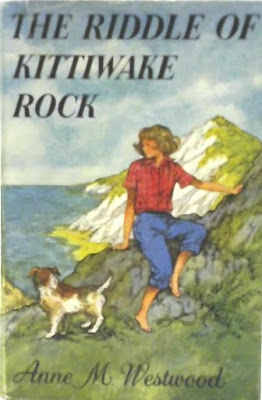 Among the one hit wonders can be counted PRUDENCE M. HILL, but Wind and Weather Permitting (1954), described as a sailing holiday story, could be a find for those who have exhausted their Arthur Ransome collection. Hill also published a biographical work about her father, To Know the Sky: The Life of Air Chief Marshall Sir Roderic Hill (1962). 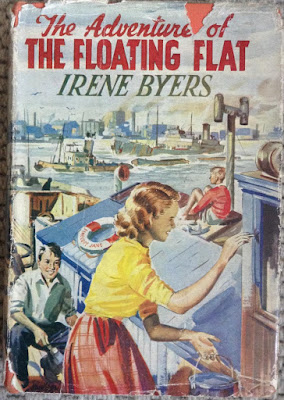 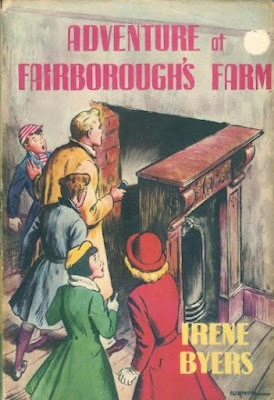 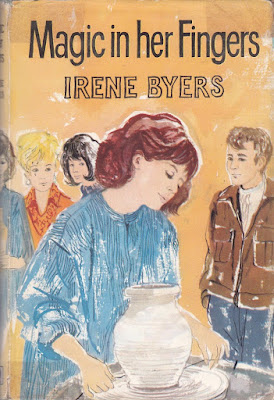 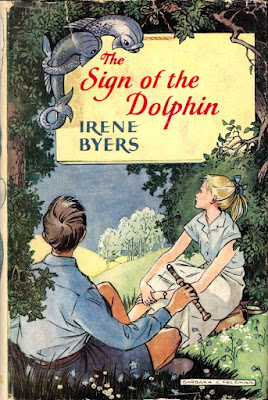 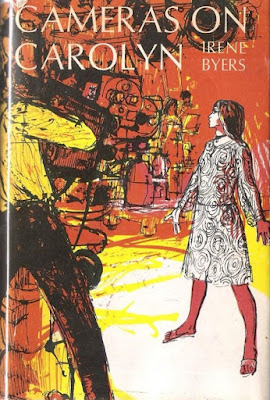 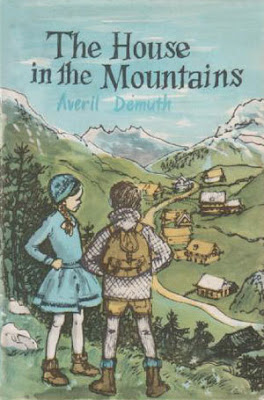 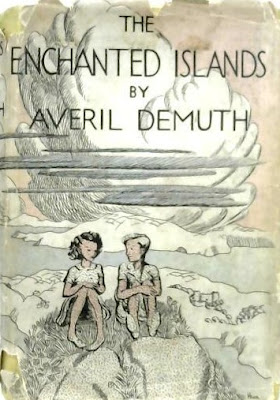 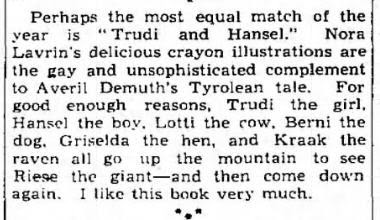 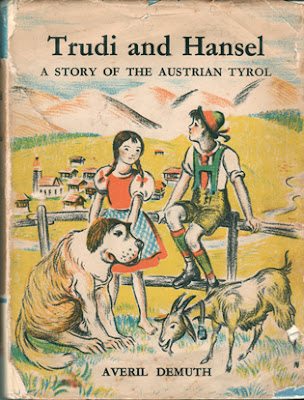 AVERIL DEMUTH was the author of five children's titles which seem to feature fantasy elements. Trudi and Hansel (1937) is set in the Austrian Tyrol, The House in the Mountains (1940) in Switzerland, and The House of the Wind (1953) in Cornwall. The others are The Enchanted Islands (1941) and The Sea Gypsies (1942). She later published The Minack Open-Air Theatre (1968) about a theatre for which she also wrote at least one play. Sadly, her husband died in World War II after only one year of marriage and she does not appear to have ever remarried. 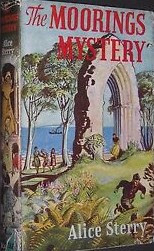 And rounding out my "new" children's authors is ALICE STERRY, who published at least two children's titles—The Moorings Mystery (1955) and The Museum Mystery (1959). She also published one additional book, Hold My Hand, Sister (1959), about which I could find no details. (But now I have details--see the additional dustjacket scan from FG below!)

And that's that. I still have one or two more posts to do about the last update, including one about women whose lives might have been more interesting than their writing and one, hopefully, that might be labelled "Odds and Ends".

Posted by Furrowed Middlebrow at 7:28 AM