It's that time again, when I get to share some more of what we've been working on with the new Furrowed Middlebrow titles coming soon from Dean Street Press. Now I get to show you the new covers and tell you some exciting news about the writers who will do introductions for each of the titles.

Although all of the books we publish are obviously favorites of mine, this batch feels particularly personal, since I've been fascinated with "blitz lit" and the home front for many years—since well before I started this blog. To be able to release nine of my favorites from this field all at once is a really special experience.

Now, a small prologue. You who are regular readers of this blog know that I don't read a lot of contemporary fiction. But occasionally a modern novel just aligns with my obsessions so perfectly that I can't resist. This certainly happened a few years ago when Connie Willis released her breathtaking two-part novel Blackout and All Clear, about Oxford historians using time travel to research the realities of wartime life in Britain. It's riveting and touching and suspenseful, and it's also by far the most perfect evocation of the period I've ever read that wasn't written by someone with personal experience of it all. I'm in awe of the research Willis put into this mammoth but completely addictive project (I would have loved for the whole story to be 3,000 pages instead of a mere 1,000!). And for anyone who has doubts about the time travel bit, I can say that I almost never read sci-fi of any kind, but this is so well-done and realistic that you quite forget any implausibilities. If you're fascinated by life during wartime, you owe it to yourself to read them. (Two of Willis's earlier novels, To Say Nothing of the Dog and Doomsday Book, also feature some of the same historians researching other historical moments, and both of those are brilliant as well.) 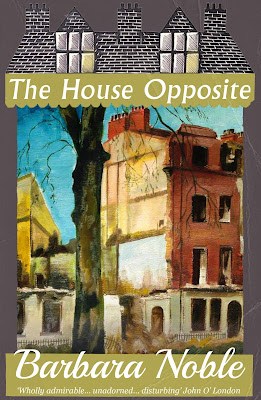 So, why this digression to gush about a contemporary author? Well, because, beyond all of my wildest dreams, Connie Willis has actually written the introduction for BARBARA NOBLE's marvelous Blitz novel The House Opposite! I've been a geeked out little fan boy about this for quite two months now, so it's a great relief to finally make the revelation. And suffice it to say that her enthusiasm for the novel matches mine, which only adds to the thrill. I'm clearly beside myself… 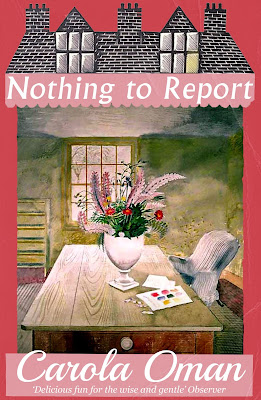 But of course, I love all of our intro writers, and all the intros I've read so far are excellent. For that matter, how exciting is it to have art historian / museum director / scholar / diarist Sir Roy Strong providing an introduction to our reprints of CAROLA OMAN's Nothing to Report and Somewhere in England? Apart from all his other brilliance, Sir Roy has considerable personal knowledge of Oman since he was married to her niece, designer Julia Trevelyan Oman. 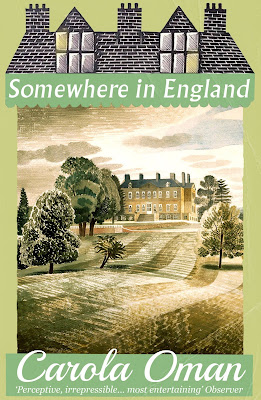 In the course of obtaining the rights for Oman's novels, we also made contact with her grand-niece, who sent me some wonderful recollections of her aunt and several photos, which I'll be sharing with you in an upcoming post. 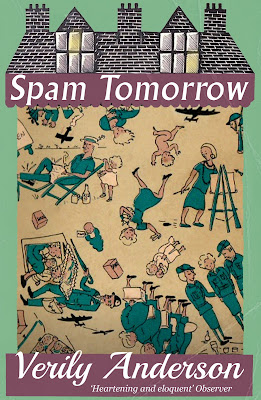 We also have introductions written by close family members for two more of our titles, and I love the bit of personal insight they offer into the authors themselves. Rachel Anderson, who has written a lovely introduction to her mother VERILY ANDERSON's wartime memoir Spam Tomorrow, is herself a prolific and acclaimed author of children's fiction as well as several novels for adults. Rachel doesn't put in an appearance in Spam Tomorrow until about halfway through the book, and then her birth is a more peaceful one than her older sister Marian's, whose birth in the midst of German bombing is one of the books most unforgettable scenes. But she is prominent in her mother's later memoirs, and it's priceless to have her introducing the book. 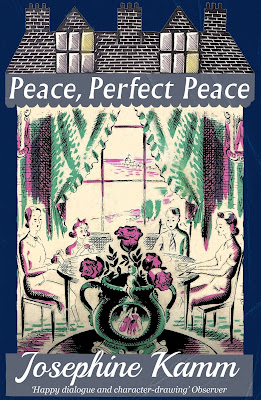 Close personal knowledge also informs Eileen Kamm's wonderful introduction to her mother-in-law JOSEPHINE KAMM's postwar novel Peace, Perfect Peace. Now, if the name Eileen Kamm doesn't ring any bells, it's likely that her maiden name, which she has used for dozens of acclaimed children's titles, will be familiar to a lot of you. She is better known to readers as Eileen Dunlop, and I'm thinking I shall have to expand my horizons and do some reading from a generation or so after my usual period, as her books look rather irresistible! 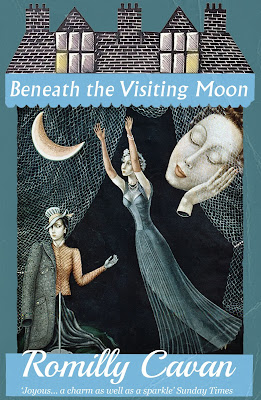 Journalist, memoirist, and novelist Charlotte Moore is already no stranger to readers of the Furrowed Middlebrow edition of E. Nesbit's The Lark, for which she provided a brilliant introduction. So I'm very excited to have her introducing ROMILLY CAVAN's marvelous Beneath the Visiting Moon this time around. I haven't seen her intro yet myself, and I can hardly wait... 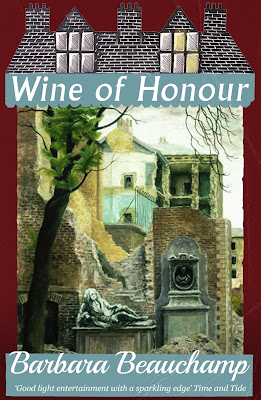 And last but most definitely not least, I always adore the introductions that scholar and researcher Elizabeth Crawford writes for us. In her previous work for us, she has unearthed the most amazing details and tidbits about Rachel Ferguson, Winifred Peck, Elizabeth Fair, and Elizabeth Eliot, and this time around she's doing triple duty, writing intros for BARBARA BEAUCHAMP's Wine of Honour, SUSAN ALICE KERBY's Miss Carter and the Ifrit, and one of this batch's most anticipated titles, MARJORIE WILENSKI's Table Two. Probably needless to say that I haven't read any of these yet either, as Elizabeth has her work cut out for her, but I'm so thankful that she was up for the challenge and I have no doubt the results will be riveting. 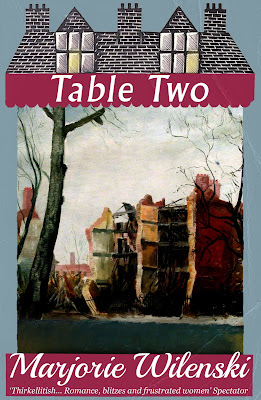 Finally, after giving you all of this wonderful news and teasing you with the lovely covers (if I do say so myself), I have just the tiniest bit of bad news. We knew we were taking on a big job tackling nine titles by eight different authors all at once—eight different sets of rights situations to sort out, eight different intros, etc. But we still just slightly underestimated the amount of work involved (and when I say "we", I should really be acknowledging that it's Rupert at Dean Street Press who's been bearing the brunt of it all!). As a result, these new titles, which I had originally announced for early July, have now been reset for an early August release—just in time for lazy summer holidays! Queue mournful violin music. I'm so sorry for the delay, but hopefully the anticipation will make these books taste all the sweeter. 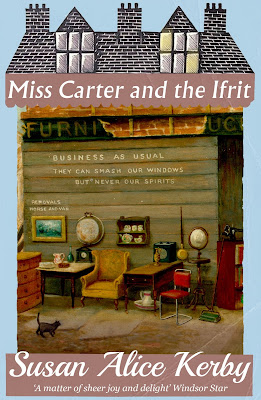 Now, I hope you're as pleased with these covers as I am. I'd like to note that the covers for Spam Tomorrow and Peace, Perfect Peace incorporate the artwork from the original dustjackets, which turned out quite nicely I think. The others are an array of mostly wartime artists—it's amazing how poignant yet beautiful bomb damage can be when painted by a brilliant artist, and the "business as usual" image for Miss Carter, which I had never seen until I stumbled across it searching for appropriate cover art, is one of my favorite "stiff upper lip" images. Eric Ravilious, whose ravishing paintings we've used for several previous books, seemed a perfect choice for the two cheerful Oman titles, and if the eerily beautiful Milena Pavlović-Barili work used for Visiting Moon is a bit more surreal than our norm, it's also somehow perfectly fitting for this tale of a young woman celebrating her 18th birthday with World War II looming in the background (and it even includes the visiting moon).
Posted by Furrowed Middlebrow at 10:55 AM