Apologies for disappearing for quite a bit longer than I intended between posts. It's been a busy couple of weeks (though one rife with some good reading, which I shall have to report on soon). 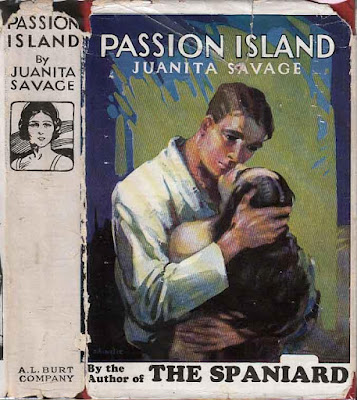 It's not often that one of my authors is a ghost (at least that I know of, although I wouldn't mind a ghostly visit from Stella Gibbons or Rumer Godden, if they were of a mind to have some tea and a chat late one night), but anyone who lives in or near South Derbyshire might be interested to know that Minnie Elisabeth Farmer, who published a single novel as ELIZABETH HARRINGTON, is best known as the ghost who occasionally appears in the wooded area surrounding the White Lady Springs Reservoir near Castle Gresley. Sadly, she drowned herself in the reservoice in 1925, and it is believed that her apparition has given the reservoir its name. You can read about her ghost here, among other places. Farmer was the author of Paul Raymond, Revolutionist (1921), which was dedicated to the "children of the underworld," but about which little other information is available. According to newspaper coverage of her death, she was a former schoolmistress and had attended conferences abroad with the Women's International League. 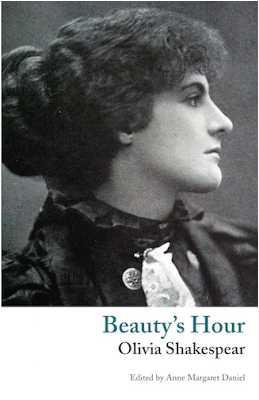 O. SHAKESPEAR's six novels are described by OCEF as "of the marriage problem class," which doesn't make me tingle with anticipation, but on the other hand, apparently she and poet William Butler Yeats had an affair in 1896 and considered eloping together, which makes her a bit more intriguing to me. Valancourt Books has reprinted an additional novel, which was serialized but never before published in book form, Beauty's Hour (1896) (see here). 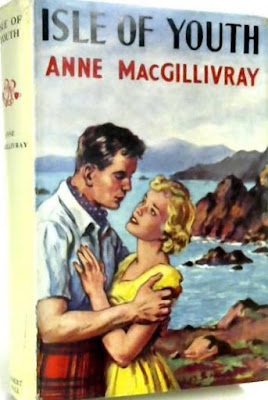 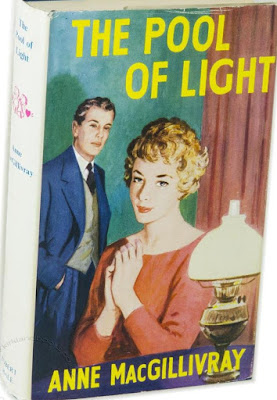 I'm also not terribly excited about the four romantic novels written by ANNE MACGILLIVRAY—Isle of Youth (1957), The Pool of Light (1960), Stairway to Happiness (1962), The Deep Intent (1964)—but it was rather fun trying to identify her. John Herrington was finally able to confirm that she was the Yorkshire-born wife of Angus MacGillivray, head of the MacGillivray clan.

They lived in Crail, Fife, which looks like it belongs on my next Scotland itinerary, and also, coincidentally, was the setting of D. E. Stevenson's Spring Magic, which I just happened to be reading at the same time we were researching MacGillivray—what were the chances? [Wrong, wrong, wrong! See comments below. D'oh!] MacGillivray seems to have begun writing only in her seventies. 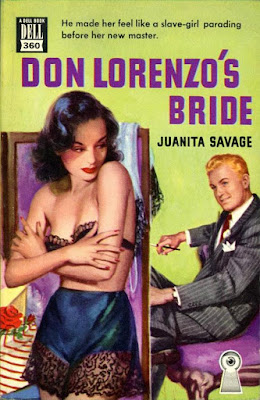 DOROTHEA DEAKIN's seven novels were described by OCEF as "fairly tedious comedies of village or country house life," but contemporary critics referred to her work as "frothy," "thoroughly amusing," and "freshly and brightly written," so they could clearly go either way. Add to that that she was the niece of none other than E. Nesbit, and one might consider sampling her work. The novels' titles are The Smile of Melinda (1903), The Poet and the Pierrot (1905), 'Georgie' (1906), The Princess and the Kitchen Maid (1906), The Young Columbine (1908), Tormentilla (1908), and The Goddess Girl (1910). She also published a considerable amount of periodical fiction. She died in 1924 in a clinic in Lugano, Switzerland, which might suggest tuberculosis. She had married in 1910, perhaps not coincidentally the date of her final novel. 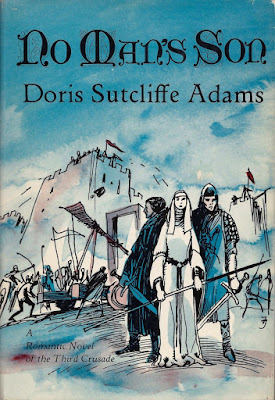 Since I've been doing research for this blog, I've discovered that a lot of writers have written books either rewriting, continuing, or completing works by Jane Austen. Some are better than others, no doubt, and some more faithful to Austen's style. Judged by such criteria, surely ALICE COBBETT's Somehow Lengthened (1932), a completion of Austen's unfinished novel Sanditon, is on the lower end of the spectrum. Blogger Deborah Yaffe wrote about it here, noting that Cobbett's version of Austen's story includes "a Caribbean love potion, a kidnapping, a near race riot, a blindfold nighttime journey over rough terrain, a smuggling gang, a dying prostitute, and a filthy-rich countess with a philanthropic bent" but also concluding that it's "quite a lot of fun." Cobbett wrote one additional novel, A Tale of Treasons (1937), about which information is lacking. She was the daughter of a well-known Victorian sports journalist, Martin Cobbett. 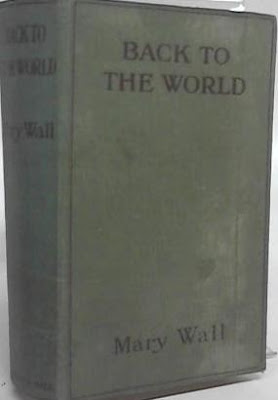 MARY WALL also wrote only two novels, which are similarly replete with plot. A Writing-Woman's Romance (1908) deals with the "love-story of the sub-editor of a provincial temperance journal and the manager of a wholesale whisky business," but that's nothing compared to Back to the World (1916). The Month notes that the latter "treats with much psychological insight of the sensations of a discharged lunatic, rendered insane in childbirth by the callousness of an unsympathetic husband, and 'put away' for the space of twenty years." I imagine many of you will rush to your favorite online bookseller to search for those plum titles! Wall remains unidentified, but she also published one volume of poetry, The Millionaire and Other Poems (1913), and John Herrington found a review that suggests she may have been Irish. 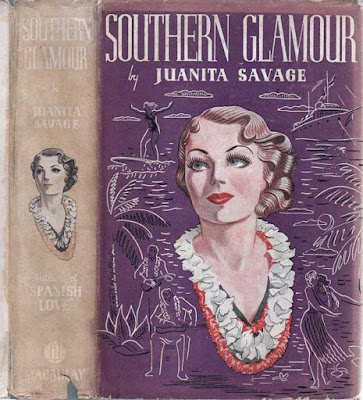 Descending a bit further into melodrama, we come across JUANITA SAVAGE, the unidentified author of eight romantic novels with titles like Spanish Love (1924), The City of Desire (1926), Passion Island (1927), Bandit Love (1931), and Spanish Rapture (1934). The City of Desire incorporates elements of sci-fi as it's heroine discovers a lost civilization (as well as true love). John Herrington was unable to trace her in public records, though there is just a slight possibility that Savage could have been a pseudonym of Amy GILMOUR, whose work was similar in style and whom one source suggested was more prolific and successful than her one known title.

EVELYN ANTHONY published nearly three dozen volumes of historical fiction and romantic suspense, though she is perhaps best known now for her 1971 novel The Tamarind Seed, made into a film starring Julie Andrews and Omar Sharif. Her career began with a "Romanov trilogy" comprised of Imperial Highness (1953, aka Rebel Princess), Curse Not the King (1954, aka Royal Intrigue), and Far Flies the Eagle (1955, aka Far Fly the Eagles). Regarding her later suspense fiction, the St. James Guide to Crime and Mystery Writers noted: "The action of her plots often involves more romance than intrigue. … Anthony's lovers in each novel are immediately identifiable to the reader by the strong and immutable sexual attraction they feel for each other. No matter how the book ends, the characters have no choice but to be motivated and controlled by that attraction." Perhaps Anthony could trace her literary roots back to Caroline Emily Cameron, who published more than 40 novels under the name MRS LOVETT CAMERON. OCEF describes her work as melodramatic, but goes on: "Her practice is to titillate the reader by approaching sexual sin and tragedy and then retreating to romance." One of her most successful works was In a Grass Country (1885). Her brother-in-law, Verney Lovett Cameron, was the author of adventure stories for boys. 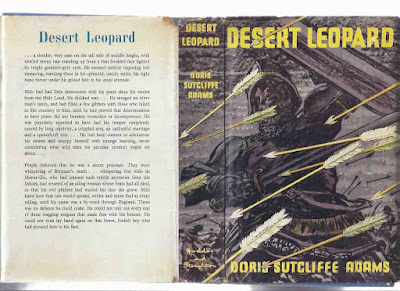 Despite having published only six novels over the course of 20 years, DORIS SUTCLIFFE ADAMS seems to have some loyal fans, judging from my online searches for information about her. Her first four appeared under her own name, the last two under her pseudonym, Grace Ingram. Desert Leopard (1958) and No Man's Son (1961) are set in the time of the Crusades, The Price of Blood (1962) in the days of Viking attacks on England, and Power of Darkness (1967) during the reign of King John. The two novels as Grace Ingram—Red Adam's Lady (1973) and Gilded Spurs (1978)—perhaps have a bit more of a romantic focus. 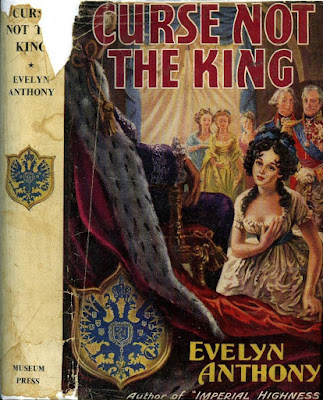 Similarly historical in theme are the seven novels by the unidentified E. YOLLAND. Her debut, In Days of Strife (1896), is subtitled "Fragments of fact and fiction from a Refugee's history in France, 1666 to 1685." A bookseller describes Sarolta's Verdict (1899) as a "Gothic novel set among Hungarian gypsies." And her final novel, The Struggle for the Crown: A Romance of the Seventeenth Century (1912), is apparently aimed at young women and is narrated by a lady-in-waiting to Elizabeth of Bohemia, the "Winter Queen." The others are Mistress Bridget (1898), Vanity's Price (1900), The Monk's Shadow (1902), and Under the Stars (1907). 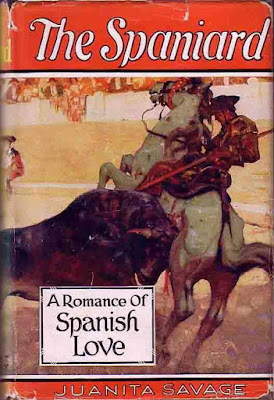 One critic referred to FRANCES MUNDY-CASTLE's The Chemist's Wife (1940, published under her pseudonym Peggy Whitehouse) as "Madame Bovary in a different key". Not terribly revealing, but details of her other seven novels are entirely lacking. She has also been identified as the author of A Democrat's Chapbook (1942), published under the name "Quiet Woman," which was subtitled "a chronicle of some of the events of the present war, up to the entry of America, December 1941, with reflections." 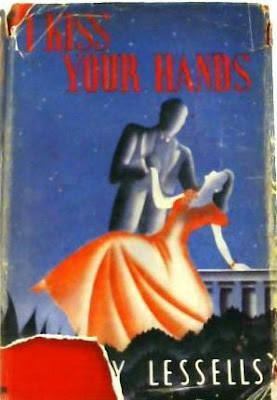 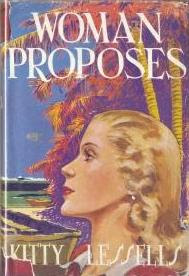 The remaining five authors from my recent update include KITTY LESSELLS, who wrote ten romantic novels in the 1940s and 1950s, as well as four authors whose work mostly appeared before my time period but who just squeak onto the list with a final title or two after 1910. 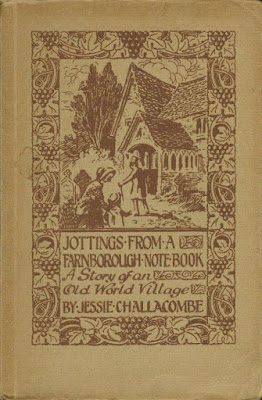 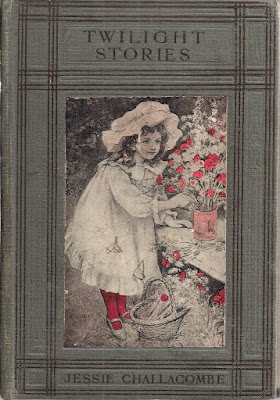 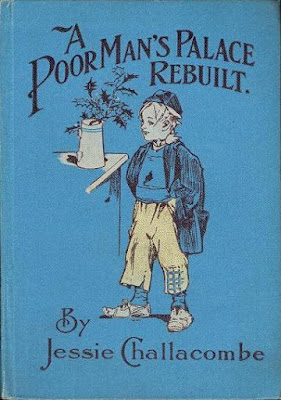 JESSIE CHALLACOMBE published nearly a dozen works of fiction, at least some for children and all published by Christian-oriented publishers. Her non-fiction Jottings from a Farnborough Note Book (1922) was reprinted in 1980 with the subtitle "a story of an old world village".

GERALDINE EMMA HODGSON was a biographer and author of non-fiction on topics ranging from Christian saints and histories of education to a teacher's guide to Montaigne. She also published at least four novels, as well as one later work, Across the Forest and Far Away (1911), which appears to be children's fiction and thus qualifies her for my list. 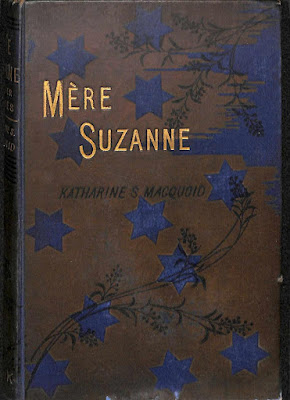 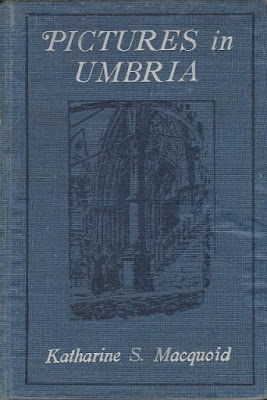 KATHERINE S. MACQUOID was a travel writer and author of more than 50 volumes of fiction, most romantic in theme. Some of her best-known novels are A Bad Beginning: a Story of a French Marriage (1862), Patty (1871), At the Red Glove (1885), "a romantic comedy set in a penson in Bern" (ODNB), and Captain Dallington (1907), about a highwayman. Her final novel, Molly Montague's Love Story (1911), qualifies her for this list.

And finally, ELIZABETH HARCOURT MITCHELL was a poet, hymnist, author of religious-themed non-fiction, and novelist. Her nearly 20 volumes of fiction often featured religious themes, and the last, Harriet's Treasure (1910), allows her onto my list.
Posted by Furrowed Middlebrow at 6:10 AM