Ah, the "top forty" at last! We've covered all but one of my quirkier inclusions, and that one's so great I put it just outside the top 20. Otherwise, the remaining titles are almost all by well-known, recognizable authors, and most (though sadly not all) are in print and readily available.

I have to note, too, the extent to which the list has already been—and will from here on be—dominated by books and authors rediscovered by Virago and Persephone in particular, with a healthy number of Greyladies rediscoveries thrown in. Even some of the titles now available from other publishers were Virago reprints back in the 1980s, when some had been more or less lost for decades. In fact, with the apparent and somewhat surprising exception of #40, all the titles in this section either are now or have been in the past reprinted by one of those three publishers—five by Virago, three by Persephone, and one by Greyladies.

A testament indeed to the influence that these publishers have had in rediscovering and spreading the word about a genre that had been nearly lost from literary history! 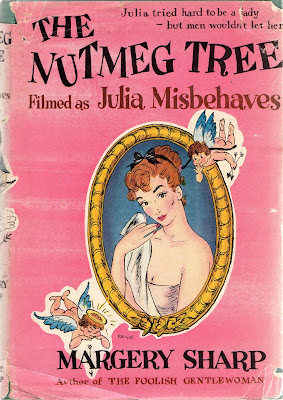 Sharp was a master at creating lovable, flawed heroines. In this novel, considered one of Sharp's best, Julia is approaching middle-age with a string of men behind her and her slightly loose morals intact. Invited to her estranged daughter's wedding, she charms men, creates a bit of chaos, and ensures happy, if not entirely expected, endings for all. I reviewed it here. In print in e-book only from Open Road. 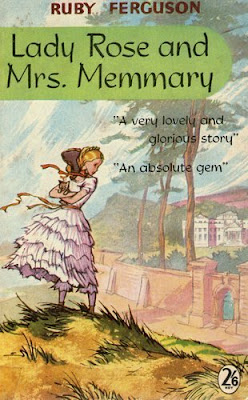 An elderly housekeeper at a palatial Highlands estate shows visitors around and tells of the glory days of the house and its owner, Lady Rose. That sounds mundane, but it isn't at all—it's touching, elegant, and surprisingly powerful. Jane at Fleur in Her World (now Beyond Eden Rock) reviewed it here. In print from Persephone. 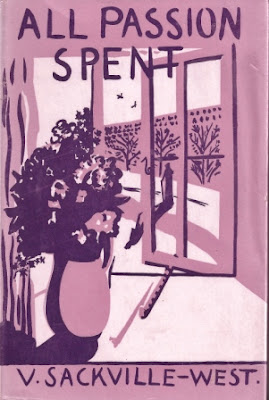 Some would argue for The Edwardians as the place to start reading Sackville-West, but I plump for this delightful, poignant story of an elderly widow who declares her independence from her family and goes to live in a little house in Hampstead. Book Snob reviewed it here. In print from Virago in the U.S. and Vintage in the U.K. 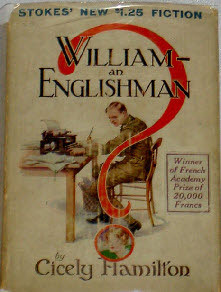 The first title Persephone chose to reprint, a powerful, harrowing tale about a young couple honeymooning in Belgium, who find themselves trapped behind enemy lines when World War I breaks out. Not for the squeamish, but beautifully done. Ali at Heavenali reviewed it here. In print from Persephone. 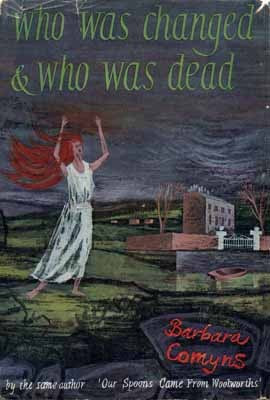 The Vet's Daughter and Our Spoons Came from Woolworth's are Comyns in more realistic mode, but I prefer her odd, hilarious, morbid novels of childhood and youth. For me, this tale of a flood in an English village, followed by a bizarre outbreak of madness, is her most unhinged yet strangely joyful novel. Simon at Stuck in a Book reviewed it at Vulpes Libris here. In print from Dorothy Books (I've never heard of them either, but it's a lovely edition) in the U.S. and from Virago in the U.K. 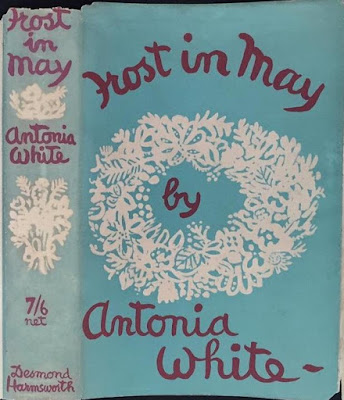 The first Virago Modern Classic, and indeed apparently the inspiration for that entire series, this tale of an intelligent girl attempting to resist the stifling impact of a Catholic convent school is funny and lovely and profound. It was followed by three more, similarly semi-autobiographical sequels. Leaves & Pages discussed it here. In print from Virago and Open Road. 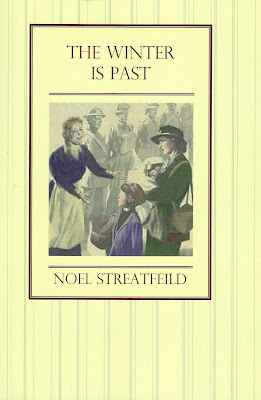 Lovely, funny, but surprisingly gritty tale of a country house, its family and servants, and the evacuees (literal) and other refugees (figurative) who find shelter there during the drab, anticlimactic days of the "phony war." One of my favorite novels of the early days of World War II. I raved about it at length here. In print from Greyladies.

Told in Compton-Burnett's inimitable style—almost entirely a rather formal, unrealistic (but often hilarious) dialogue, with all sorts of hints, suggestions, and pontifications about the often dark, even deadly events in the background. A striking portrayal of a Victorian family from the perspective of the 1930s. In print from New York Review Books Classics. 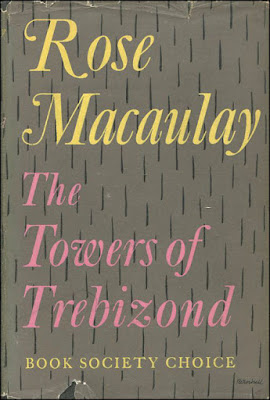 I love The World My Wilderness too, but this one is widely considered Macaulay's best work, a hilarious tale of tourism, culture shock, and religious doubt. Joanna Trollope chose it as her "Book of a Lifetime" here, and called it "not just a witty and lyrically written account of the journey of a heart and soul, but also, a beguiling history lesson, a masterclass in acute social observation, and a remarkable polemic on female emancipation and religious sectarianism." Whew! In print from Farrar, Straus and Giroux in the U.S. and from Flamingo in the U.K.

Whipple is Persephone's bestselling author, and this, her final novel, is probably her best. The achingly sad but utterly lovely story of a happy marriage destroyed and a woman's efforts to rebuild her life in the aftermath. What Whipple lacks in elegant prose she more than makes up for with a profound understanding of the day-to-day details of her character's lives. I wrote about this one here. In print from Persephone.
Posted by Furrowed Middlebrow at 5:27 AM