In this section, I'm tooting my own horn for the second and third (and last) times. I included one Furrowed Middlebrow title at #70, and there are two more here. What can I say? I think they genuinely belong here. But I didn't presume so far as to include them in the top 20, so I did show some restraint.

There are two more (#50 & #43) of the handful of mystery authors included on the list, the second of which is, not too surprisingly, the one exception to my inclusion rules. I doubt if many people will argue with that exception. And we also have here (#41) one of the major blogger rediscoveries of recent years.

And my inclusion of #44 made me realize what a crime it was that I had never read anything by its author, so I promptly rectified that. I loved the book, though I may not get round to writing about it in detail, and am moving on soon to its sequel. Which makes me feel that its inclusion here even before I'd read it was completely justified.

And here we go: 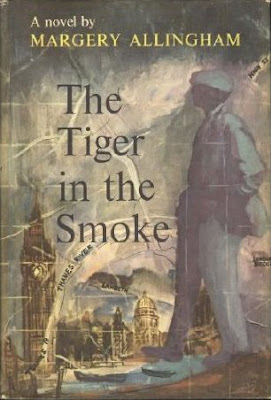 Not especially a middlebrow mystery per se, but often considered Allingham's best work and a riveting picture of the postwar London underworld. If most middlebrow novels are solidly middle-class, consider this one to be a walk on the wild side. A. S. Byatt called it a masterpiece here (though I beg to differ with her assessment of Christie!). In print from Vintage in the U.K. and Ipso Books in the U.S., paperback and e-book. 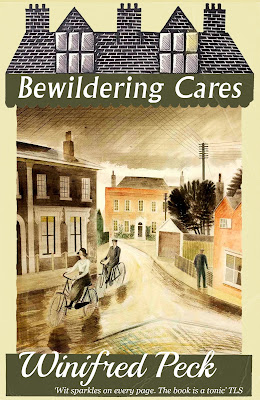 I hate to be tooting my own horn with another Furrowed Middlebrow/Dean Street Press title, but I really did enjoy this Provincial Lady-esque comedy of life in a vicarage in the early days of World War II better than the other obvious choice by Peck for this list, the Persephone-published House-Bound. I reviewed it here. In print in paperback and e-book.

The first of three novels comprising Lofts' Suffolk Trilogy, The Town House traces 500 years in the life of a 14th century house, including both romantic and supernatural elements. One of several major works published at mid-century that featured houses as central plot features (see Rumer Godden's China Court Rachel Ferguson's Evenfield, and Helen Ashton's The Half-Crown House, among various others). In print from Tree of Life in the U.S., paperback and e-book, apparently only available in e-book in the U.K. 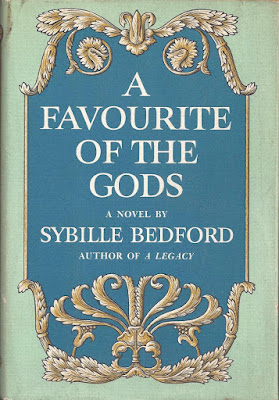 This novel and its sequel, A Compass Error, follow the lives of three generations of women. In this one, a wealthy American travelling to Italy with her daughter makes a spontaneous decision with long-lasting repercussions. Simon at Stuck in a Book reviewed it here. In print from Daunt Books in the U.K., paperback and e-book, out of print in U.S. but second hand copies available. 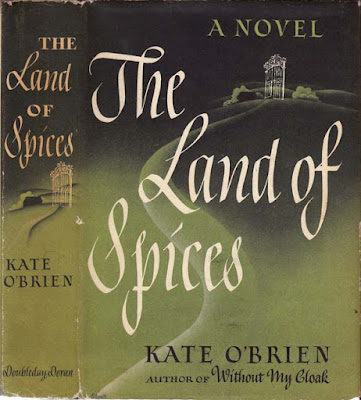 Praised for its psychological complexity and its subtle portrayal of the girls and women in an Irish convent, this novel was described by the Dictionary of Literary Biography as "a slow-paced, graceful, and thoughtful examination of an intellect which makes a frightened escape into the austere but safe arms of the convent." In print from Virago, paperback and e-book. 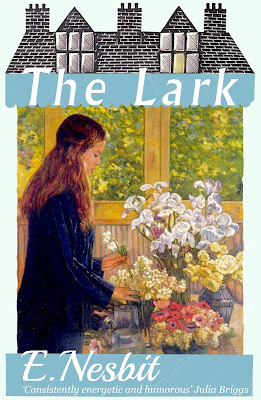 The third and final Furrowed Middlebrow title included on this list, but I have plenty of support for this one. Nesbit's tale of two girls left penniless by a crooked trustee and trying to make a living has been praised by Simon at Stuck in a Book here and by Harriet at Harriet Devine's Blog here. I also reviewed it here. In print from Dean Street Press, paperback and e-book.

Several of Lehmann's novels would have been possible choices for this list, so I went with the first of her four most acclaimed works. It's the elegant, bittersweet tale of a young girl's first dance, but with quite a lot more going on beneath the surface. The Guardian reviewed it here. The story continues in Lehmann's next novel, The Weather in the Streets (1936). In print from Virago.

This is the one slight exception to my rules of inclusion. Yes, Marsh is a New Zealander, but this half mystery, half eccentric family story is so quintessentially a delightful middlebrow novel that I couldn't resist. Ali at Heavenali reviewed it here. In print from Felony & Mayhem in the U.S. and Harper in the U.K. 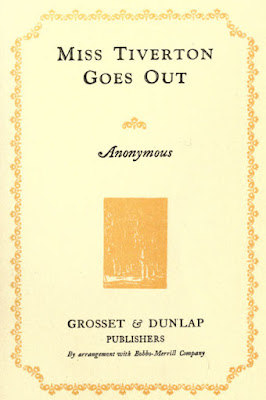 A distinctly odd and little-known novel that deserves to be a classic, this tale of an isolated young girl's fantasies and misunderstandings of manners and class, and of the adult world around her in general, has psychological depth, humor, and disturbing insights in equal measure. I reviewed it here. Sadly out of print, but it can be downloaded here. 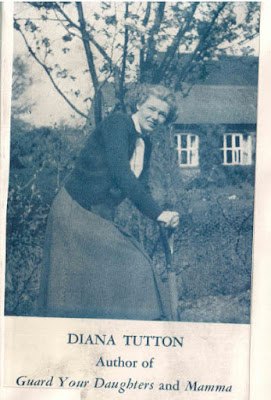 On the surface a delightful, humorous romance about a family of charming young girls looking for love against the fears of their mother, below the surface it's quite a bit darker, but no less shimmering and fun for that. Mentioned in Nicola Humble's The Feminine Middlebrow Novel. Simon at Stuck in a Book first stirred up blogger excitement over the novel here. Planned 2017 reprint (finally) from Persephone.
Posted by Furrowed Middlebrow at 5:10 AM