With everything that's been going on, and all the work I've been doing behind the scenes on my revamped Overwhelming List, March 10 came and went and it completely slipped my mind that that date marks four years since the very first post on this blog. What a lot has happened since then, and who would have thought that so many extraordinarily smart, well-read, kind, and generous kindred spirits would take the time to read and follow it! So, happy birthday to me, but mainly a big thank you to all of you—you're the reason I'm still at it.

Now, on to part 4 of our syllabus, where we definitely see more big names that in the previous sections. Here, we have (#69) one of the most consistently popular authors on the list, as well as (#64) one of only a handful of women writers who have an indisputedly serious literary reputation (I nearly excluded her as too highbrow, but the novel is a favorite of mine and is highly entertaining as well—if a bit dark—so I had to leave it in). #66 is probably the oddest selection on the list, but honestly, how could it be left out considering the phenomenon it became? And watch out, because if you pick up #62, you might well find yourself irresistibly committed to the five novels that round out the series. 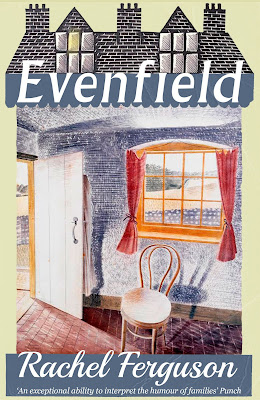 You can say I'm biased (and of course I am), since it's been reprinted as a Furrowed Middlebrow book by Dean Street Press, but this novel—both a warning against nostalgia and an epic nostalgic ode to mundane Edwardian suburban life—seems to me the most definitively and subversively middlebrow of Ferguson's novels, and one of her most entertaining. I reviewed it here. In print in paperback and e-book. 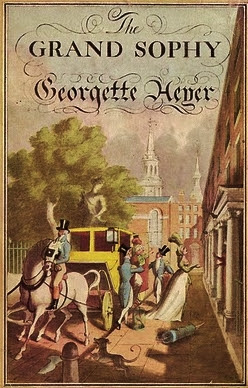 Heyer's Regency romances (as well as her mysteries) are much-beloved by readers, and they're as interesting for what they say about gender roles in the mid-20th century as they are for their historical content. Though it's open to debate, by many counts this is the best of her novels. Jane Austen's World reviewed it here. In print, paperback and e-book.

The first of three novels later published together as The Little Ottleys. Leverson was a close friend of Oscar Wilde and wrote cheerful comedies of Edwardian high society, but according to Contemporary Authors, "her stories touch on the issues of jealousy, sexuality, and the complexities of women caught in unhappy marriages." Bree at Another Look Book reviewed it here. Public domain in US and UK. 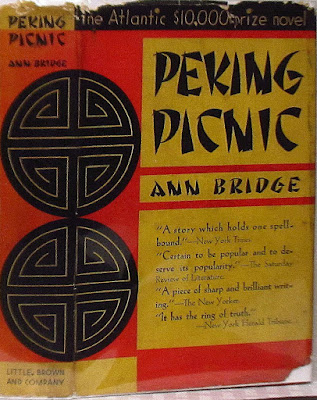 Bridge's debut, one of many novels drawing on the author's experiences as a diplomat's wife, garnered comparisons to Forster's A Passage to India. The author's attitudes about class have deservedly come under fire in recent years, but there's no doubt her books were very popular pageturners. Lyn at I Prefer Reading reviewed it here. Out of print in US, available in paperback and e-book from Daunt Books in the UK.

One of the oddest blockbusters ever published, this very short novel, written when its author was 9 years old, was reprinted 18 times the year it was published, and was later dramatized and made into a musical and a film. It's funny, but also surprisingly aware of class and social issues, and its phenomenal success surely offers insight into the culture that embraced it so warmly. Paris Review has an excellent article putting the novel into context, here. In print in paperback and e-book in the UK, public domain in US. 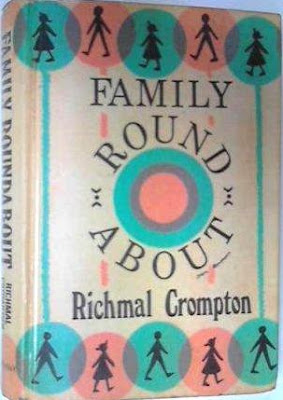 Best known for her William stories, Crompton also wrote 40+ adult novels, which vary in quality from very good to, well, not. But this is one of the best, a tale of two intertangled families each led by strong women. Thomas at Hogglestock reviewed it here. In print from Persephone. 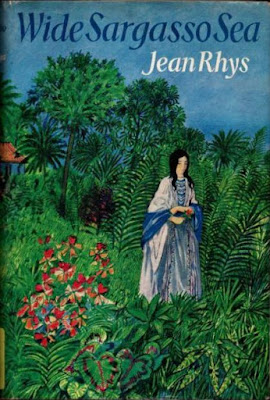 Rhys's comeback after years of silence was this powerful novel delineating the backstory of Bertha Rochester, the "madwoman in the attic" of Charlotte Brontë's Jane Eyre. BBC recently published a piece here on the book's importance, to mark its 50th anniversary. In print. 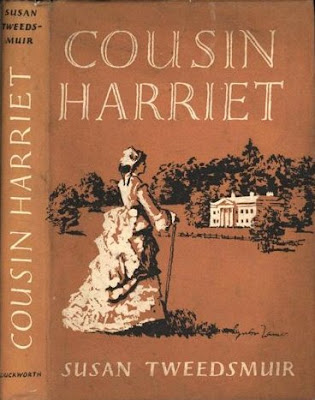 The first of Tweedsmuir's three "Victorian stories," Cousin Harriet—written in traditional epistolary Victorian style—deals sensitively and effectively with a pregnant unmarried girl. It was successful enough to warrant a Penguin edition in 1961, but has sadly faded from memory since. Tweedsmuir was the wife of novelist John Buchan. Out of print, second hand copies available. 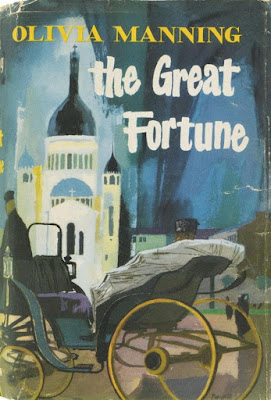 The first of the six novels which later became known as Fortunes of War (the title of their BBC adaptation), which follow a young married couple working for the British government, as the progression of World War II repeatedly displaces them from their work and homes in such vividly-portrayed locales as Bucharest, Athens, Cairo, Alexandria, and Jerusalem. In print as part of The Balkan Trilogy, in paperback and e-book—the later three novels are published as The Levant Trilogy. 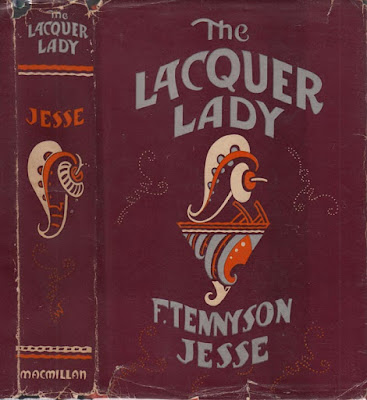 A Book Society choice and Jesse's own favorite among her work, set in Burma, "a remarkable vision of life at the royal palace with its splendours and its horrors seen through the eyes of a young woman who becomes the favourite of the Burmese queen" (ODNB). Out of print but second hand copies are available.
Posted by Furrowed Middlebrow at 5:24 AM