Women on the warpath 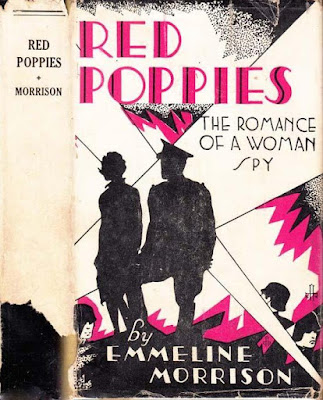 Okay, maybe I'm running out of ideas for titles to these update posts, but you get the picture. I've been meaning for ages to get round to mentioning all the women added to my Overwhelming List in the most recent update (now not that recent at all) who were also added to my War List and/or my World War II Book List. Finally, this is that post.

My informal statistics here do seem to support the idea that by World War II a lot more women were publishing fiction than during and immediately after World War I. I don't have any actual scientific figures for this, but in my most recent update there were eleven authors who wrote fiction about World War II, but only three who wrote about World War I.

Perhaps this is also evidence of some difference in how the two wars were "metabolized" in popular culture. There seems to have been immense amounts of fiction published during World War II about life on the home front, while the biggest surge in writing about World War I famously seems to have come around a decade after the war ended, with numerous publications like Vera Brittain's Testament of Youth, Hemingway's A Farewell to Arms, Helen Zinna Smith's Not So Quiet, Robert Graves' Goodbye to All That, and quite a few more (not to mention, in Germany, Remarque's All Quiet on the Western Front). And very few of the latter were really focused on the home front. 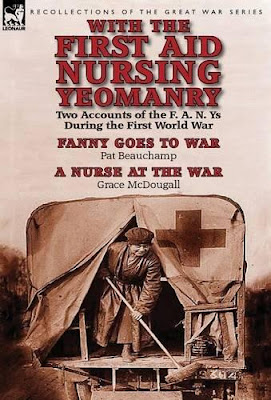 At any rate, PAT BEAUCHAMP's Fanny Goes to War (1919), a memoir of life in the First Aid Nursing Yeomanry (F.A.N.Y., hence the title), has the distinction of having been reprinted (as Fanny Went to War) during World War II. It's described as "amusing and poignant," and Beauchamp (real name Catharine Marguerite Beauchamp Waddell) was certainly writing from vivid experience—she lost a leg and earned a Croix de Guerre in the action. The book is public domain in the U.S., so it can be readily downloaded from Google Books or Project Gutenberg.

KATE MARY BRUCE, one of two nieces of W. Somerset Maugham in this update, published her debut novel, The Chequer Board, in 1922, and it doesn't sound like the most hard-hitting analysis of the aftereffects of war. The description I found of it says:

This first novel by Somerset Maugham's niece Kate Mary Bruce deals with theatrical life in London after World War I and relates the romantic rise of poor-but-pretty Emma Smith, widowed on Armistice Day, to become "a beautiful actress who would sacrifice everything on the altar of a new sensation."

It could be entertaining, and as Bruce continued publishing until the 1950s, she appears to have the distinction of having written a novel about World War II as well. I have no details about Figures in Black-Out (1941), but it seems like a safe assumption, doesn't it? 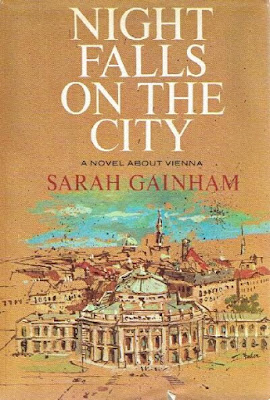 And although EMMELINE MORRISON's Red Poppies appeared in 1928, when the flurry of gritty WWI books was just beginning, I have to say it doesn't sound terribly gritty either: A blurb says, "This is a story of a woman spy in the Great War. She was the toast of two Continents. As a dancer she was the idol of London, Paris, Vienna and Berlin. She might have been Mati Hari herself." It's possible that some of Morrison's charming-looking later works might have dealt with World War II, but I don't have enough details to know for sure.

For writers who published World War II fiction or memoirs, I'll go roughly in the order of the categories in my World War II Book List. First, diaries and memoirs: I am particularly intrigued by EDITHA L. BLAIKLEY's "No Soldier": The 1942 Diary of Miss Editha Blaikley of Wren Cottage, which was published in 1992 and provides a glimpse of wartime life in a Sussex village. Blaikley was also a playwright and the author of four novels. She was not, however, prolific, as those four novels were scattered from 1912 to 1938! 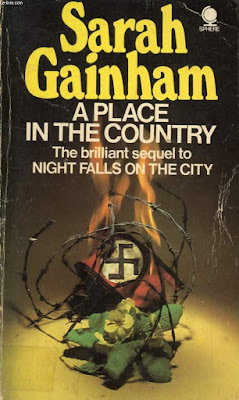 And I have to admit that I'm not certain that AMY WOODWARD's 1943 publication Life Is Sweet: The Intimate Diary of an Author's Wife is about the war, but it certainly seems plausible. I'm also interested that, as I am coming to Woodward via her own writing—around 20 works of children's fiction and (possibly) adult novels—I have no clue who her (presumably more famous?) author husband was. Woodward appears to be her real married name—can anyone think of successful male authors of that time?

Into the second part of my WWII Book List—the approach to and early days of the war—I placed two new additions. SARAH CAMPION wrote about a dozen novels, one of which—Mo Burdekin (1941)—was reprinted as recently as the 1990s. One of these is Thirty Million Gas Masks (1937), described as a dystopic novel about the approaching calamity. Appropriately, it sits on my list just below Katharine Burdekin's Swastika Night, published the same year.

I already mentioned MARY DUNSTAN's Banners in Bavaria (1939) as a possible addition to my TBR list. The novel is centered around a German family in which the father is "unable to share Nazi ideas … [but] is yet able to appreciate the essence of Hitler’s achievement." As Dunstan (real name Patience Mary Agar-Robartes) had lived in Bavaria during the 1930s, she is writing from her own experiences, and Time and Tide noted that it "includes an extraordinarily impressive picture of Munich on the night of the Anschluss celebrations." 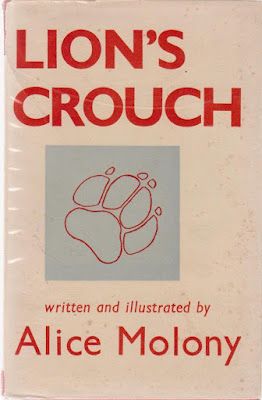 Into the "Thick of It" section of my list I added two titles that I probably won't seek out any time soon, but they do belong. Romance writer CAROL BROOKE's debut novel Light and Shade (1947) appears to be set during the war, and illustrator ALICE MOLONY's one and only children's book, Lion's Crouch (1944), is described as "an exciting story about spies in Cornwall." Among others, Molony apparently illustrated two books by Kitty Barne—though not, apparently, her most famous, She Shall Have Music, the sequel to which, While the Music Lasted, has happily been reprinted by Greyladies in the past few weeks. 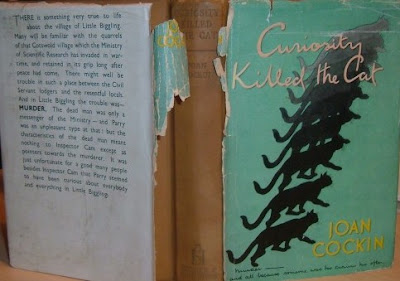 The first of JOAN COCKIN's three mystery novels, Curiosity Killed the Cat (1947), seems to belong on my "immediate postwar" list. According to classiccrimefiction.com, it's set in a Cotswold village still haunted by the war in the form of the Ministry of Scientific Research, set up in wartime but lingering into peacetime. 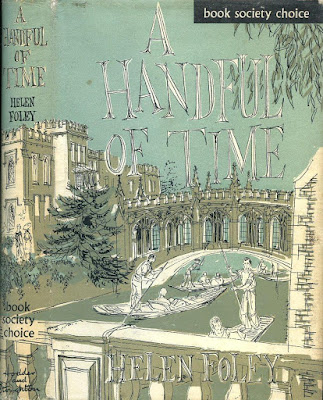 And finally, I added two new authors to the "retrospective" section of my list. I mentioned HELEN FOLEY's A Handful of Time (1961) only recently as an addition to my TBR list, set as it is primarily in Cambridge from the days just before the war until its aftermath. It was a Book Society Choice as well. I mentioned before that I rushed right out (or right to the computer) and made an interlibrary loan request for it almost as soon as I came across it. Alas, it wasn't quite my cup of tea—a bit too much 1960s-ish angst for my taste, focused on the ambivalent relationship of two women through these years of turmoil—but I'll bet some of you would enjoy it more than I did (I confess I read the first 50 pages or so and moved on to greener pastures). 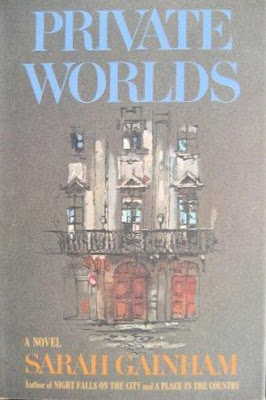 And the other new addition was also a book club selection—Book-of-the-Month Club, certainly, but perhaps Book Society as well. SARAH GAINHAM's Night Falls on the City (1967) was apparently a major bestseller, and I know I had come across mentions of it before, but somehow I'd never added Gainham to my list—I'll pretend, at least, that it's because I didn't know about her earlier spy novels which qualify her for my time frame. Night is set in wartime Vienna, and is actually the first volume of a trilogy, followed by A Place in the Country (1968) and Private Worlds (1971). The less acclaimed (and less successful) sequels are set, respectively, soon after the war has ended and in the early 1950s.

And that's it for now. Not the most exciting selection ever, but perhaps a few intriguing tidbits?
Posted by Furrowed Middlebrow at 5:49 AM