Books I WON'T be publishing... 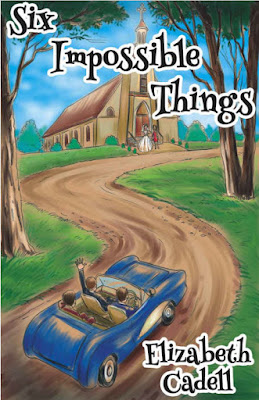 I know, I know. It's been ages since I announced that there was, in fact, going to be some form of a "Furrowed Middlebrow Books," a collaboration with an existing publisher to bring some of my favorite discoveries from my blog back into print. And I know I said I would be announcing the first batch of titles "soon." Well, soon is, after all, a relative term, and novice that I am, I didn't quite realize just how long the rights process can actually take. We have a few titles absolutely confirmed now, but I really want to wait until we know for certain all the titles we'll be releasing in our first batch (September/October of this year) before I talk about any of them. So, for now, no big announcement of what we will be publishing.

But, having spent some time recently browsing intently on Amazon (something I should really do more often, based on all I found that was new to me), I can certainly discuss some titles and authors that we won't be publishing. I.e. because they're already getting reprinted without any help from me. 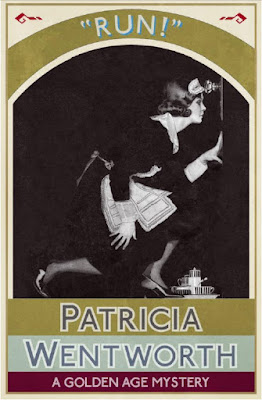 One of the biggest announcements of the past few months for mystery fans is the release of a whole slew of lesser-known Patricia Wentworth titles—those that do not feature her main series detective Miss Silver. In the U.S., e-book versions are being released by Open Road Media (who have also recently released some Margery Sharp titles and some Elizabeth Jane Howard novels), while in the rest of the world Dean Street Press is releasing more or less the same titles. The best news, though, for those of you who prefer physical books, is that while Open Road seem to limit themselves to e-books, Dean Street is also making paperback versions available worldwide (U.S. as well). Some of these titles have always been quite rare, to the extent that I certainly didn't realize Wentworth had published so many non-Miss Silver books. Plenty to explore there! 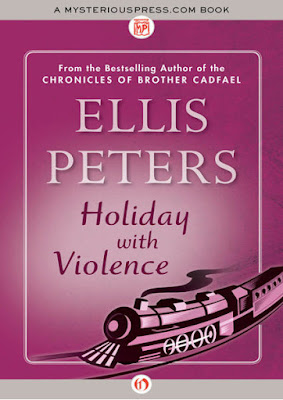 Other good news on the mystery front is that Open Road and Mysterious Press are also releasing e-books of most of Ellis Peters' (real name Edith Pargeter) mysteries, including the complete Brother Cadfael and George Felse series, as well as some lesser-known standalone titles. Sadly, no reprints of the novels Pargeter published under her own known, which include a handful of wartime and postwar novels that really deserve to be in print, but perhaps those will come in time. 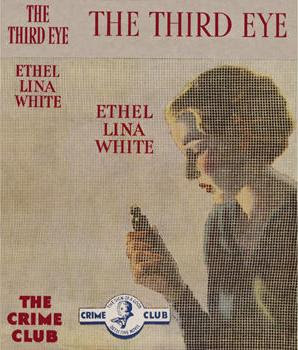 And also on the mystery theme, I don't know how I missed for so long the news about the June new releases from Greyladies, but I was delighted to see that they're releasing Ethel Lina White's The Third Eye (1937), a mystery set in a girls' school (and already on my Grownup School Stories List), which I've been meaning to read for ages. It just got bumped to the top of my TBR list.

The other new Greyladies title allows us to segue into non-mystery fiction. I've posted here before about Kitty Barne, and have always meant to read her most famous work, the children's story She Shall Have Music (1938). Now, I undoubtedly have the inspiration I need, as Greyladies will soon be releasing Barne's impossibly rare adult sequel, While the Music Lasted (1943). Though published in the midst of the war, it apparently takes place in the late 1930s, taking advantage of all of the tensions of the war's approach. I can't wait. 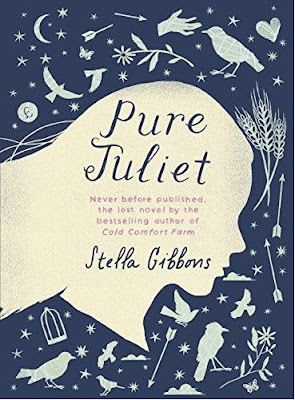 I've also written a couple of times about Stella Gibbons, of whom I'm a big fan (though, admittedly, unlike many readers, I'm a bigger fan of her late work than of Cold Comfort Farm). I mentioned a while back the distinctly phony "rediscovery" of her two final novels (a media blitz about the rediscovery doesn't change the fact that her biographer had spent some time discussing them more than a decade earlier, so they were hardly "lost"), but if a media blitz was needed to finally get them into print, I don't mind all that much. One of the novels has appeared already as Pure Juliet (it was originally titled An Alpha and written circa 1980—one quite sees why they changed the title), to unsurprisingly mixed reviews. We could hardly expect that they would be primo Gibbons, considering how long they languished unpublished, but I expect to find them of great interest in the context of her other work. The second, The Yellow Houses (written about 1973), is apparently scheduled for release in September. Have any of you read Pure Juliet yet? 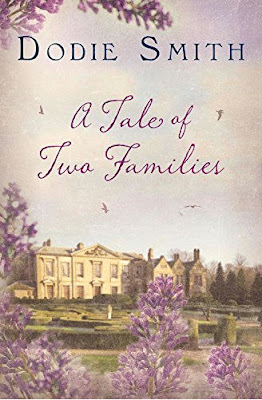 Though not quite as hard-to-find as works that had never been published at all, Dodie Smith's A Tale of Two Families (which I discussed here) had become ridiculously pricey in its original editions and had never been reprinted despite the popularity of Smith's A Capture the Castle. Happily, though, that has now been rectified. In the UK, it seems to be available only as an e-book, though both e-book and paperback seem to be available in the US. It's not I Capture the Castle, certainly, but I found it quite entertaining (more so than I did Smith's other novels, already released a few years ago). 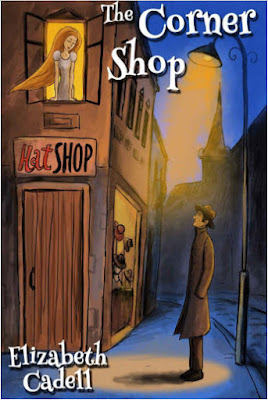 Another hard-to-find favorite who's seeing the light of day in e-book format is Elizabeth Cadell. I had flirted with the idea of seeing if we could possibly get the rights to these, though it seemed rather overwhelming to take on Cadell's 60+ titles, but I'm delighted to learn that her heirs are apparently planning to release them all, including some of those vanishingly rare early works that I've been wanting to read for years. As of this writing, about seven of her titles are already available—including the "Wayne Family Trilogy" of The Lark Shall Sing, The Blue Sky of Morning, and Six Impossible Things, which are fan favorites—but new titles seem to be getting released at short intervals, so more will undoubtedly be coming soon. 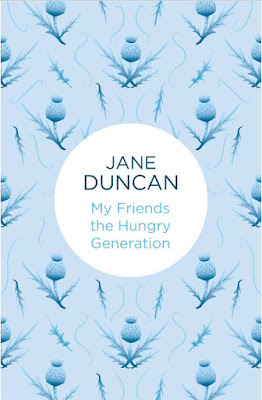 I also noticed several other old favorites that are now available as e-books (and in some cases paperbacks as well). Jane Duncan's entire Friends series now seems to be available—it looks like they're e-book only in the U.S., but a paperback version is also available in the U.K. A bunch of blog favorite Mary Hocking's novels are now available in e-book and paperback from Bello Books (who also released Edith Olivier's works a couple of years ago, thereby earning my undying devotion). I am slightly conflicted, though, about two other Bello releases: for whatever reason, Lillian Beckwith's novels, including her tales of life in the Hebrides beginning with The Hills Is Lonely, and their new editions of Pamela Hansford Johnson's novels, seem to be available only in the U.K. What's the deal with that? Grrrrr.

Miss Read's books, meanwhile, are now available as e-books on both sides of the Atlantic, but apparently from different publishers, with the result that the U.S. editions are considerably pricier. Grrrrr again, though at least they are available. 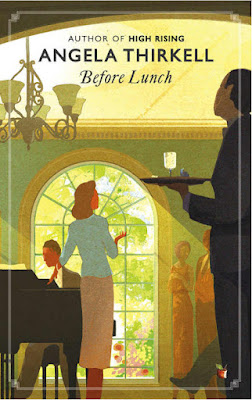 Many of you already know that Virago has been gradually making more Angela Thirkell titles available as e-books. I noticed, though, that just in the past few weeks they've released a few more, including three perennial favorites—Before Lunch, Cheerfulness Breaks In, and The Brandons. And on a more highbrow note, I also see that Virago has released—in the U.K. only—a few e-book versions of Janet Frame novels. I've always meant to read more of her work (even if she is a Kiwi), so this would be welcome news if only they were available in the US as well…

Finally, while talking about e-books, I have to mention—for the sake of those of you who live in Canada (or are copyright renegades)—a website I came across a while back. Faded Page seems to be in some way affiliated with Gutenberg Canada, and posts free e-books of works that are in the public domain in Canada. Canada has what might be called the least restrictive copyright laws of the English-speaking nations, as a result of which numerous authors who are still protected by copyright elsewhere are public domain in Canada. If you live in Canada, therefore, you can perfectly legally download the Faded Page e-books of authors like Angela Thirkell, Anna Buchan (aka O. Douglas), and Patricia Wentworth. If you don't live in Canada, then downloading them may well be a violation of your own nation's copyright law (though I would be at least mildly surprised if a team of Navy Seals were to kick down your door for downloading Anna Buchan's Pink Sugar…).

If you do live in Canada, you might want to take advantage of this while you can. It looks like there's a chance that international pressure, especially from the US, may soon result in a change to Canadian copyright law…
Posted by Furrowed Middlebrow at 5:48 AM