If you haven't noticed...

That title is completely facetious, because I would think only the most obsessive among you could possibly have noticed (you'd have to be as obsessive as I am, and surely I don't wish that on anyone…), but at long last the new update to my Overwhelming List, which I've been working on for the past few months, has gone live. It actually went live about a week and a half ago, but I'm just getting round to mentioning it.

The new total is 1,904 authors on the list, a net gain of somewhere in the neighborhood of 370 authors (I'm not up to mathematics at the moment). I have, by the way, solemnly sworn that I shall never attempt an update with such a large number of authors again. It was threatening to take over my life there for a while.

In large part, this one grew to such an unmanageable number because of my methodical perusal, several months ago, of the New General Catalog of Old Books and Authors, a site I've known about and occasionally relied on for a long time. But this time, instead of casually poking around or looking up specific authors, I actually went through every single page of the listing and scouted for any potentially British women writers who may have written fiction. I can't swear that I still haven't missed any, but obviously, I gained quite a number.

I'll be doing posts in the next couple of months highlighting many of the authors added to the list. There are, for better or worse, many new authors of romances, including many "unidentified" authors who published short, inexpensive novels—possibly "dime novels" for lack of a better term—for publishers like D. C. Thomson and J. Leng. These publishers had stables of authors who often used pseudonyms, frequently multiple pseudonyms, and they undoubtedly include men who used feminine pseudonyms. Therefore, when I've designated these authors as "unidentified," bear in mind that they could easily be pseudonyms (possibly of other authors on the list), or male, or, for that matter, non-British. I decided to list them in the interests of inclusiveness, but many of these are likely to remain unidentified for at least the foreseeable future, and some, if they were identified, would likely be merged together or removed from the list. Such is life.

But there are also quite a few rather more interesting new additions to my list. I haven't yet had a chance to update the Mystery List, the War List, or the World War II Book List, but I'll be doing that as time allows, and I'll post about the new authors being added, some of whom sound quite intriguing. And I'm also compiling a post about some intriguing new authors that sound right up my middlebrow alley. 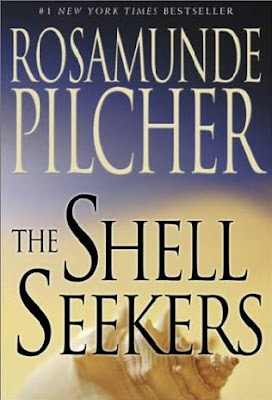 For now, I will limit myself to mention one absolutely humiliating oversight that I've just corrected. It's true that each of my recent updates seem to have corrected at least one embarrassing omission, but how the !@#$% had I never added an enormously successful author like ROSAMUNDE PILCHER?! My only defense is that I've never read her work (though perhaps I should have?) and I think it's not general knowledge that she published a number of early novels (starting in 1949) under the pseudonym "Jane Fraser." So perhaps it's forgivable after all, but even if I can't be forgiven for leaving her out for so long, at least I've added her now.

Stay tuned for more posts about more newly-added authors.
Posted by Furrowed Middlebrow at 8:52 AM