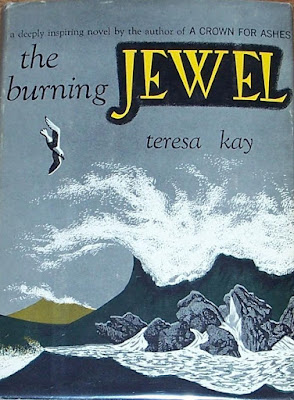 This is perhaps a bit of a redundant post, but as I know many of you are particularly interested in writers about the two world wars, I feel I should do it anyway, and it's the last of my planned updates on new authors added to my Overwhelming List with my most recent update (not all that recent anymore, but hey, these things take time).

There were a total of ten new authors added to my list who published significant works dealing with the wars. Which would be more interesting if I hadn't already mentioned five of them in earlier update posts.

I talked about NAN FAIRBROTHER, WINIFRED FORTESCUE, HERMIONE RANFURLY, and JOAN RICE in my earlier post on memoirists back in July. But more specifically, they each wrote at least one book about World War II. Fairbrother's Children in the House (1954) deals with her experiences after having left London along with her two sons for the comparative safety of the Buckinghamshire countryside, while her husband was away serving in the Royal Air Force.

Fortescue, who was at different times in her life an actress, fashion designer, and interior decorator, is best known for humorous memoirs about her relocation to Provence, beginning with Perfume from Provence (1935). But later volumes deal with the more serious impacts of the war. Trampled Lilies (1941) is the volume which deals with her wartime experiences, including having French Army officers billeted on her and her eventual journey across country to flee the Nazis on one of the last ships out of France. Beauty for Ashes (1948) recalls the dark days of the war after her arrival back in England and finally her return to the house in Provence, while Laughter in Provence (1950) describes the challenges of postwar life. Mountain Madness (1943), though published during the war, appears to focus primarily on more of her adventures in Provence before the war began.

Many of you knew of HERMIONE RANFURLY before I did, and are fans of her World War II memoir To War with Whitaker (1994). And a reader of this blog also recommended JOAN RICE, whose World War II diaries were published in 2006 as Sand in My Shoes: Wartime Diaries of a WAAF. 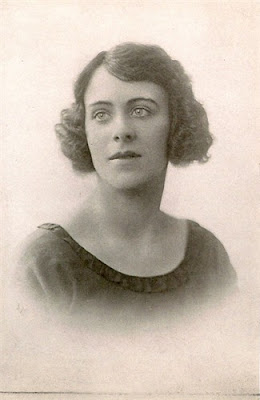 I'm afraid I've also already mentioned KATHLEEN HEWITT, since she published mystery thrillers as well as war-related books (and a few that were both). Her wartime works include the energetic thrillers Lady Gone Astray (1941), about a young heiress with amnesia up against unscrupulous refugees, and The Mice Are Not Amused (1942), about a legal secretary who takes a job as doorman (or "doorperson," I suppose) at a block of flats infested with Fifth Columnists. Her 1943 novel, Plenty Under the Counter, deals with the black market.

But the remaining five authors here have not been mentioned before. Honest! 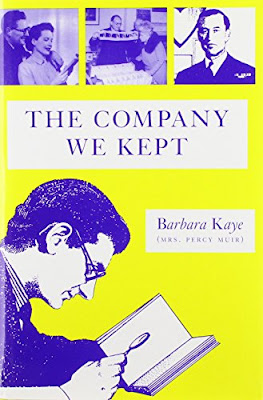 The black market theme even gives me a connection to the next author, BARBARA KAYE. She had been mentioned quite a long time ago on the D. E. Stevenson email list for her memoirs The Company We Kept (1986) and Second Impression (1995), about her life with bookseller Percy Muir. The first of those volumes deals specifically with their life during World War II, including guest appearances from various notable literary figures. But it took me forever to discover that she also published more than 20 novels from the 1940s to the 1970s. I've been able to discover little or nothing about these books, but one of them does indeed have the title Black Market Green (1950). Others include Call It Kindness (1942), Home Fires Burning (1943), Folly's Fabric (1944), No Leisure to Repent (1945), The Gentleys (1948), Festival at Froke (1951), Rebellion on the Green (1953), Neighbourly Relations (1954), Minus Two (1961), and The Passion-Flower Hedge (1972)—intriguing titles, but they are virtually nonexistent in U.S. libraries.

Tracking down Kaye's books is only complicated by a bizarre daisy chain of similarly-named or similarly-pseudonymed authors. The Kaye I'm discussing is actually a pseudonym, of Barbara Kenwick Muir (1908-1998), but to keep her company in library card catalogs there is also a romance writer named Barbara Kaye (born 1934) and, even more confusingly, an author named MARIE [AGNES] MUIR (1904-1998), who wrote romantic fiction primarily under the pseudonym Monica Blake and children's fiction under her own name, but also at least one title under the name—you guessed it—Barbara Kaye. 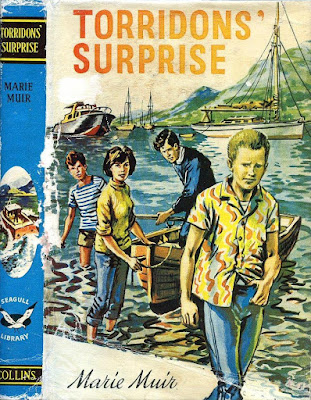 At first I thought that Barbara Muir and Marie Muir just had to be the same person, and they even died in the same year. However, it's quite clear that they're not. The first, Barbara Kaye, was born Gowing, in Suffolk, England, while Marie was born Johnson in Yorkshire. And although both died in 1998, Barbara died in February, Marie in August. Muir is a married name for both, and I haven't been able to identify any connections between the two. John Herrington noted that not only did they use the same pseudonym, but they did so at the same publishers, though a few years apart. Apparently the folks at Hurst & Blackett weren't paying a great deal of attention...

Although she's not a new addition to my Overwhelming List, I did recently add MARTIN HARE (whose real name was Zoe Girling, later Zoe Zajdler) to my War List for the first time. Loyola University professor David Chinitz emailed me to ask about Zajdler's dates, and shared the information that she was the author of an important account of Soviet brutality against the Poles during World War II—a book called The Dark Side of the Moon, published in 1946. Professor Chinitz believes that she published the book anonymously (with an introduction from no lesser figure than T. S. Eliot) to protect her family members who still lived in Poland.

This is neither here nor there except that another newly-added author, THERESA DE KERPELY, faced similar concerns, publishing her first two novels, A Crown for Ashes (1952) and The Burning Jewel (1957), under the pseudonym "Teresa Kay" because she worried that the books—particularly the first, which was a fictionalized version of her wartime experiences in Budapest—might endanger family members living in Soviet-controlled Hungary. She had relocated to Budapest following her marriage to a well-known Hungarian cellist. Her wartime experiences, covered in her memoir Of Love and Wars (1984), included not only the usual wartime hardships, bombing raids, food shortages, etc., but also the fact that near the end of the war she and her husband provided shelter for two months to a Jewish composer disguised as a Catholic priest. Later works, including Kiss from Aphrodite (1968), Arabesque (1976), and Fugue (1977), were published under her own name. 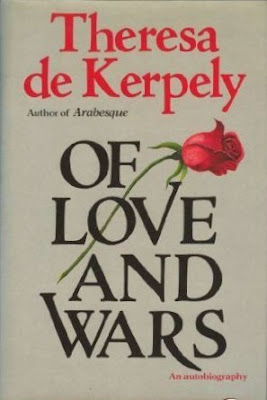 CARYLL HOUSELANDER was primarily known as the author of Catholic inspirational works, but she did publish one novel, The Dry Wood (1947), shortly after the end of the war. Based on what little I know about her, her main reason for inclusion is this post is This War Is the Passion (1941), which deals with the Blitz in Catholic terms. I have to admit I don't feel compelled to rush out and read it, but it does qualify her for my War List as well as for this post.

And finally, there were two new additions to the War List who were included for works about World War I. IRENE RUTHERFORD MCLEOD was best known as a poet (and perhaps as the mother-in-law of Christopher Robin Milne), but she did also publish two novels. Her first, Graduation (1918), may or may not include war-related content (one would expect it to considering when it was published), but it certainly triggered a fascinating Bookman review, which is as condescending and mocking as so many others written by men about works by women—but it nevertheless manages to make me suspect that the novel is not my cup of tea:

[N]owadays few writers combine the roles of poet and novelist.  Once such, Miss Irene Rutherford McLeod, has recently issued her first novel, called "Graduation."  It is an extraordinary work, by which I must not be understood as indicating praise of the said work. It is written with a humorless intensity which would make it a joy to the ribald. A merry party could spend an enjoyable weekend with the book. But it is absurd because the author has genuinely tried to supply an authentic record of a young, impressionable girl's progress from youth to the married state. The description of the married state spares us almost nothing.  It is not pornographic; but it is detailed, and gets nearer to a kind of sentimentalized truth than any novel I remember to have read.

More relevant to this post (though less entertaining in its reviews) was her second and final novel, Towards Love (1923), which "deals with the Great War from the conscientious objector's point of view."

I wish I had a big dramatic finish to this post, but alas, I don't know enough about ELIZABETH BUCKLE to make her sound very dramatic. She published several story collections in the 1910s, and also two books about World War I. The Cup of War (1915) is apparently a short memoir of her wartime experiences, but Triumphant Over Pain (1923) also appears to be a memoir, though slightly longer. Perhaps Cup deals with the beginning of the war and Triumphant deals with its later years? It's a bit nebulous, I'm afraid.

How's that for anticlimactic?!
Posted by Furrowed Middlebrow at 2:26 PM