You must remember this... 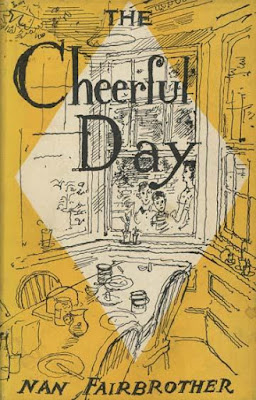 Despite the fact that my TBR bookshelves are already overflowing, and my TBR list (including lots of books that I covet but don't actually own yet) is even more overwhelming still, it's always exciting to find new-to-me authors that sound like they could be right up my alley, and to share those writers with all of you (though, in all fairness, on this occasion at least two of the authors I'm noting were actually recommended by some of you readers to begin with, so what I think of as my "research" can sometimes be as simple as reading your comments or emails!) 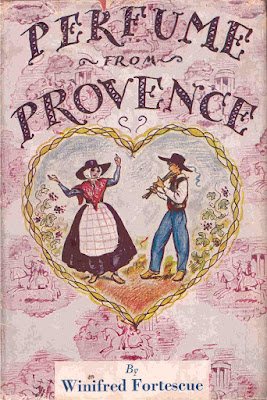 Among the new authors I've come across in the past few months are eight memoirists who may be of interest to some of you. I've actually debated a bit about whether pure memoirists—those authors who didn't write any fiction, but are only included here for their memoirs—should have their own separate list, so that the Overwhelming List could be properly limited only to fiction writers. But in the meantime, I'm adding them to the main list. 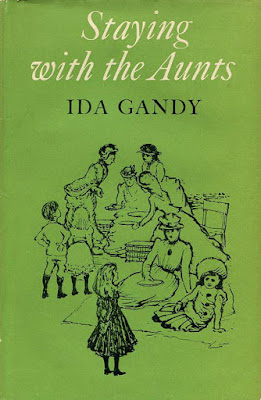 IDA GANDY was only the latest of many authors I've first come across because of unexpected finds at the library's Big Book Sale. I picked up her 1963 memoir Staying with the Aunts because the look of it somehow reminded me a bit of Gwen Raverat's Period Piece (itself a book sale find). Now, I have no idea if that similarity extends to the book itself, but I decided it was worth a shot. Apparently, Gandy was the daughter of a vicar in the Wiltshire village of Bishop's Cannings, and her memoir A Wiltshire Childhood (1929) describes her early years there. And just in case that doesn't sufficiently qualify her for inclusion on my list (I did say I was including only particularly well-known or important memoirs), I can add that she also published at least two works of fiction for children, including Three Bold Explorers (1927) and Sunset Island (1929). Oh, and although information about Gandy is sparse, I came across a note on one website that she is the mother of Robin Gandy, a noted mathematician (in case any of you are big fans of noted mathematicians). 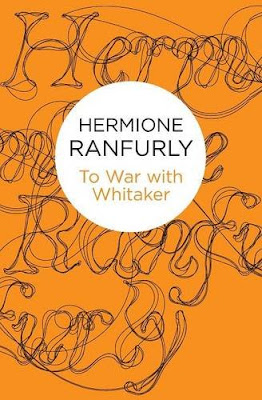 One book I've been meaning to read for a long time (and I have a nagging feeling one of you may have recommended it to me, but I can't remember who) is Judy Batson's Her Oxford, which looks at the experiences of many of the earliest women students at Oxford (including the likes of Dorothy Sayers, of course). I wonder if JANET ELIZABETH COURTNEY is one of the women mentioned by Batson? Courtney seems like a rather interesting figure, starting out as she did as an anti-suffragette (so to speak) and evolving over the years into a feminist. An Oxford Portrait Gallery (1931) details her experiences as one of the first women to attend Oxford, and her later experiences in feminism are covered in The Adventurous Thirties (1933) and The Women of My Time (1934).


Then there are the two memoirists who were recommended by some of you for my World War II Book List (and thank you very much for that). It's especially nice to write about both of these because their books are actually pretty readily available. HERMIONE RANFURLY seems to have been quite a character, and simply refused to take no for an answer when told she had to sit quietly at home and wait for her soldier husband to return from the Middle East and Africa. To War with Whitaker (1994) is composed of her diaries about her experiences traipsing after him, much to the consternation of the British military authorities. As multiple readers reported their enjoyment of the book, and as it's available for under $5 as an ebook, I can't imagine it will be long before I sample its pleasures. Following the successful publication of To War with Whitaker, Ranfurly published a memoir of her earlier life, The Ugly One: The Childhood Memoirs of Hermione, Countess of Ranfurly, 1913-1939 (1998). 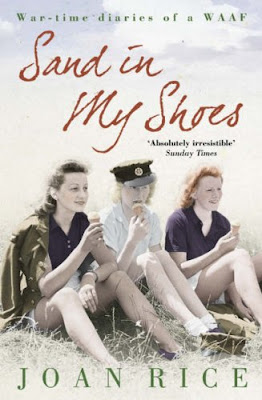 JOAN RICE's memoirs, published in 2006 as Sand in My Shoes: Wartime Diaries of a WAAF, are not as well-known as Ranfurly's, but they still sound quite entertaining, despite the fact that her offspring is undoubtedly better-known than she is. She is the mother of Tim Rice, the lyricist known for his work on such modestly successful stage shows as Jesus Christ Superstar, Evita, Chess, and The Lion King. 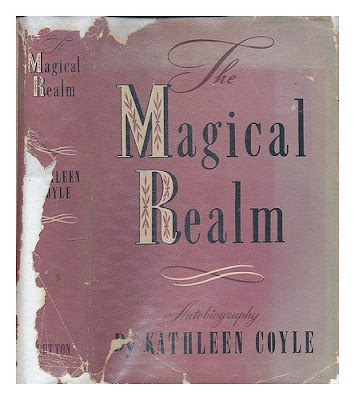 Irish novelist and memoirist KATHLEEN COYLE seems to have led a fascinating life. In The Magical Realm (1943), Coyle recalls her childhood in rural Ireland with an alcoholic father (who eventually died in an asylum). She was married young and had two children, but divorced after only four years, after which she became involved in the suffrage movement and—her literary career under way—became friends with James and Nora Joyce. In 1937, she emigrated with her children to the U.S. In the 1990s, Wolfhound Press in Dublin reprinted The Magical Realm along with another of Coyle's books, A Flock of Birds (1930), which I've seen described as a memoir and as a novel. Perhaps an autobiographical novel? 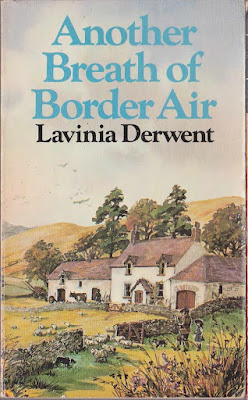 LAVINIA DERWENT published only one novel during the years covered by my Overwhelming List—an obscure little romance novel called Dinner of Herbs (1950). But she was far better known for other work. In the 1940s, she created radio stories about Tammy Troot, "a lovable if slightly conceited young trout," which according to ODNB became a household name in Scotland. Later, she published two series of children's books—a 13 book series about MacPherson, an errand boy in Glasgow, and a 4 volume cycle about a Hebridean crofter's son who can talk to seals. But she is now probably best remembered for her series of memoirs about her youth in Scotland, beginning with A Breath of Border Air (1975) and continuing through six more volumes to 1988. Have any of you read any of Derwent's work? 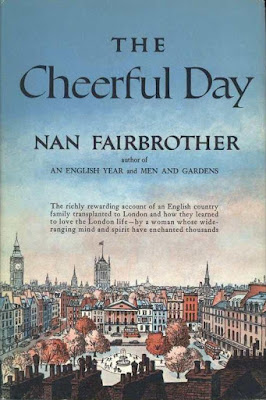 By contrast, NAN FAIRBROTHER is remembered today as an expert on land use and landscape architecture (her book New Lives, New Landscapes (1970) is still important and influential), but naturally I find her good-humored memoirs of country life more intriguing. The first, Children in the House (1954, published in the U.S. as An English Year), focuses on her experiences during World War II, evacuating with her two sons from London to a house in the Buckinghamshire countryside and living there while her husband was in the RAF. The Cheerful Day (1960), which is available in the U.S. from the Hathi Trust, details the family's return to London, while The House (1965, published in the U.S. as A House in the Country) is about their experiences building a country house. Anyone read any of these? 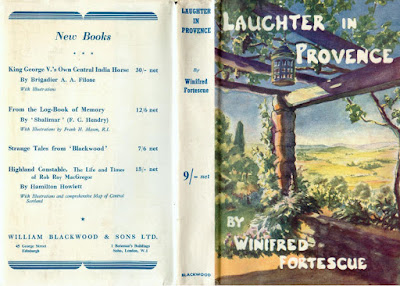 And finally, there's WINIFRED FORTESQUE, whose seven memoirs of her life in Provence from the 1930s until after World War II sound quite intriguing. The first, Perfume from Provence (1935), sounds lighthearted, but later volumes include the death of her husband and her adventures during the war. Trampled Lilies (1941) is the volume which deals with her wartime experiences, including having French Army officers billeted on her and her eventual journey across country to flee the Nazis on one of the last ships out of France. Happily, that volume is also available from Hathi Trust, at least in the U.S. Beauty for Ashes (1948) recalls the dark days of the war after her arrival back in England and finally her return to the house in Provence, while Laughter in Provence (1950) describes the challenges of postwar life. Credit where credit is due: everything I know about these books so far comes from this site, where you can learn much more about Fortesque and her books. 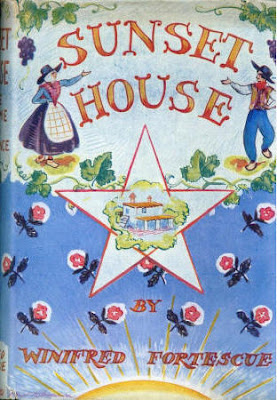 I can gleefully say that I intend to get around to sampling each of these authors' works and reporting on them here. Of course, exactly when I will is a bit more up in the air…
Posted by Furrowed Middlebrow at 6:41 AM