[It was high time I updated this post, and in fact it's high time I do a brand new one, with several newly-discovered but utterly hopeless titles.  In the meantime, I've made some updates below.]


A melancholy list of my most lusted after but elusive titles:

Molly Clavering, a friend and neighbor of D. E. Stevenson, published at least a dozen novels of her own, but only one, Mrs. Lorimer's Family (1953), seems to have achieved enough popularity (and reprints) to remain available today.  It's charming and funny and deserves to be on the same shelf as Stevenson herself, but sightings of any of Clavering's other novels anywhere outside the British Library are as few and far between as really good Nicole Kidman movies…

[Happily, this one is no longer hopeless, though certainly still difficult to find.  It's worth tracking down though—see my review here.]

Historian Virginia Nicholson's letter to the Telegraph recommending this book as "an unusually well-written and insightful memoir of the London Blitz" moved it right to the top of my "to read" list, but efforts have been hampered by its complete absence from U.S. libraries and the dearth of affordable copies online.  For now, it remains a lovely mirage on the horizon…

[I did buy a copy of the Valancourt reprint of He Arrived at Dusk, and was very pleased with the quality of the reprint. Valancourt does excellent work.  Sadly, though, I couldn't quite engage with the book and have concluded that Ferguson's other mysteries may just not be for me. Perhaps sometimes the hopelessness of a book is more tantalizing than the book itself?]

Admittedly, I've found Ferguson to be uneven in her novels—she wrote two of my all-time favorites, Lady Rose and Mrs. Memmary (1937) and Apricot Sky (1952), but also the considerably less exciting Our Dreaming Done (1946), For Every Favour (1956), and The Wakeful Guest (1962).  But I've also read two of the early mysteries she published under the pseudonym R. C. Ashby—Death on Tiptoe (1931), which was (briefly) in print from Greyladies a couple of years ago, and Out Went the Taper (1934), a badly weathered copy of which I stumbled across on Amazon—and they were consistently amusing and interesting.  I'd like to track down The Moorland Man (1926), Beauty Bewitched (1928), Plot Against a Widow (1932), or He Arrived at Dusk (1933), but so far it's an unfulfilled desire.  [Well, perhaps it’s not totally hopeless?  Practically as soon as I wrote this, I noticed on Amazon that a new edition of He Arrived at Dusk has just been published.  The publisher, Valancourt Books, seems to be relatively new and are offering some other interesting titles as well (but alas, very few by women writers).] 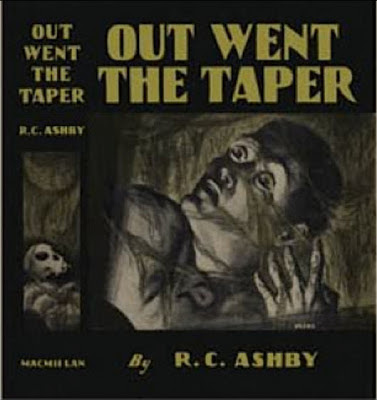 Maybe it's just because they're so hopeless (never published at all does tend to trump out-of-print for sheer obscurity value), or maybe it's because Gibbons has gradually become one of my favorite writers since Vintage started reprinting some of her lesser known works a year or two ago.  Either way, the novels of Gibbons's older years, The Yellow Houses (finished about 1973) and An Alpha (finished about 1980) appear to combine elements of fantasy and spirituality and seem well worthy of publication.


NORAH HOULT
virtually everything except There Were No Windows

Along with Edith Olivier, Norah Hoult is the most completely and unjustly neglected of all the writers I've explored.  Persephone revived her wonderful World War II novel There Were No Windows (1944), but otherwise her novels are more or less totally unavailable for sale in the   Most of what I've managed to read has been through Interlibrary Loan from one library in that (bless its little heart) has kept several of her titles on the shelf.  Novels like House Under Mars (1946), also set during the war, and A Death Occurred (1954) richly deserve to be in print and to receive critical attention.  Thoughts of what other great novels she may have written that are now virtually nonexistent haunt me in the middle of the night.  (Okay, not really, but it does make me really sad…)
﻿

Two of Miller's works, Farewell Leicester Square (1941), about anti-Semitism in London, and On the Side of the Angels (1945), about gender relations in wartime, have been reprinted—the former by Persephone, the latter by Capuchin (and by Virago in the 1980s)—and both are lovely and well worth reading.  Unfortunately, these two other novels published around the same time have not been so lucky and are out of circulation in libraries and virtually impossible to find for sale.

[No longer hopeless—for better or worse.  I was able to find a copy via Interlibrary Loan.  But, alas, it did prove a disappointment.  I saw the significance of it in its portrayal of Victorian family life, but I admit I found it just too relentlessly bleak and earnest and moved on to other things...]

Mentioned in by Elaine Showalter in her book A Literature of Their Own in the context of a discussion of Ivy Compton-Burnett, this book has intrigued me ever since.  Alas, it remains scarce, and although many of Mordaunt's books are now available for free on Google Books or Project Gutenberg, this one is not.  They should really get with the program!

None of her novels are very readily available, but this wartime novel that deals with evacuees seems to have vanished from the face of the earth—or at least from libraries and booksellers.

[This one is still pretty close to hopeless, but I was finally, amazingly, able to snag a copy from a library in Canada, and a review will follow soon!]

Most of Nesbit's books are so readily available they practically settle on you like dust wherever you happen to be—especially since most were published before 1923 and are therefore available from Google Books or Project Gutenberg.  So why, why, WHY is the novel that sounds most intriguing completely missing in action?  The Encyclopedia of World Biography describes The Lark as "a realistic depiction of two unmarried women struggling to maintain their financial independence by operating a boarding house."

[No longer hopeless thanks to the kindness of Simon at Stuck-in-a-Book.  See my review here for details.]

As everyone reading this blog must know by now, Olivier is one of my favorite obscure writers, but although I've read virtually every other word she wrote, this children's book published in 1929 is just a ghostly apparition until my resistance to spending $80 for one book gets worn down.  So far that hasn't happened.


EDITH PARGETER
Ordinary People (aka People of My Own)

[No longer hopeless, and, alas, below is not at all an accurate description of the book!  I was able to find a reasonably-priced used copy, though I haven't yet gotten around to reading it, but I did discover that it is set pre-war, NOT during the Blitz.  Apologies for my misleading description below, which was based on a rather poorly-worded blurb in a short bio of Pargeter.  Still hard to believe the book hasn't been reprinted, in light of Pargeter's popularity overall, but it's at least easier to understand why the interest in home front lit hasn't triggered a reprint.]

This one is pretty inexplicable.  How did one Pargeter novel—and one about a family living through the Blitz in a small village, no less—get left off the list of Pargeter works to reprint in the 1980s and 1990s after Brother Cadfael became a sensation?  It's bizarre but true, and copies of both the British and American editions are prohibitively expensive when they're available at all.  Someday…

Although her children's fiction has remained perennially popular, and her largely disacknowledged "romance" novels under the pseudonym Susan Scarlett are almost entirely back in print thanks to Greyladies, only one of Streatfeild's non-romance novels for adults has been reprinted in recent years—Saplings (1945), reprinted by Persephone (bless their hearts).  Her other novels, particularly the wartime works The Winter Is Past (1940) and I Ordered a Table for Six (1942), are tantalizing in their apparently total unavailability.

Another odd oversight.  Miss Pettigrew Lives for a Day (1938) is Persephone's top selling reprint and a really wonderful, charming masterpiece of entertainment and inspiration, but her several other novels—Fell Top (1935), Odd Shoes (1936), Upyonder (1938), and Leave and Bequeath (1943)—remain extinct outside the preserves of the British Library.


A whole slew of other promising World War II novels

The proliferation of novels by women writers during World War II, combined with paper shortages and other wartime factors, inevitably resulted in a lot of perfectly fine novels becoming impossibly scarce way before their time.  These include: Hester Chapman's Long Division (1943), mentioned by Barbara Pym in her diaries of the time; The House Opposite (1943) by Barbara Noble, who also wrote the great Persephone find Doreen (1946); Ruth Adam's one and only mystery novel Murder in the Home Guard (1942); Marjorie Wilenski's Table Two (1942), which a contemporary review tells me follows the experiences of a group of elderly women translators in the early days of the Blitz; Tea and Hot Bombs (1943) by Lorna Lewis, also set during the Blitz; and Richmal Crompton's Mrs. Frensham Describes a Circle (1942), the plot of which apparently revolves around refugees.  These are all about as rarely spotted as an Abbott's Booby.

Posted by Furrowed Middlebrow at 3:46 PM