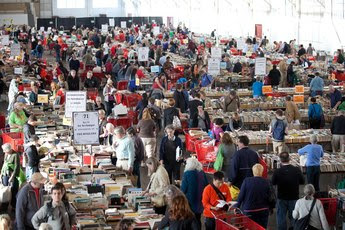 Perhaps that seems melodramatic, but still…

For many years, I've reassured people that I'm not one of those crazy book collectors.  I just like reading books.  If I really like a book, or think there's a high probability that I will like it, then I may want to own a copy of it.  But while I, like most readers, enjoy having a nice copy of a good book—good binding, nice font, quality paper, that kind of thing—it has never mattered much to me if a book is hardcover or paperback, I'm happy with used books even if they're a bit seedy-looking, and I couldn't care less about first editions or even, really, for signed copies.

[As a side note, this indifference to either physically or emotionally valuable books is perhaps because I was scarred for life in the 1990s by irreparably marinating a pristine first edition of Grace Paley's Collected Stories when I overwatered a plant sitting on top of my bookcase.  To confess fully—in the interests of vainly trying to achieve some kind of closure for the trauma—I should add that the book was not only signed by Paley, which would have been quite bad enough, but that she had gasped with pleasure when I handed it to her and said it was the first copy she had seen of it.  She then inscribed it, "For Scott, a first signing of this book.  –Grace Paley."  I know.  I know.  Add to that that she was undoubtedly the most gracious and friendly writer I've ever asked to sign a book (she even called me "honey") and it should be apparent why I don't feel I can be trusted with a book signed by any author more significant to me than Danielle Steel.]

At any rate, this resistance to being a "collector" started getting chipped away in the past few years as I've become increasingly interested in more obscure writers, many of whom have been discarded from libraries over the years.  I've had to resign myself to purchasing some of those writers' books just in order to have a chance to read them.  And then I can't bring myself to get rid of them in the periodic purges I used to engage in to clear bookshelf space, because I might never be able to find them again.

But perhaps more than anything, the dastardly influence of the Friends of the Public Library has sealed my fate.

Best of all, the books are cheap ($3 hardcovers, $2 paperbacks) and there are lots of random, wonderful finds to be uncovered.  Not surprisingly, I always bring home a cart full of books, and although I sometimes have buyer's remorse, I'm more prone to the much more insidious non-buyer's remorse.  (Take my advice, if you think you might want it, take it.  You'll just wish you had later, and if you do regret a purchase, at these prices you can probably recoup the money by selling it at a good second-hand bookstore.)

But this time was particularly fun, since I finally realized that, for a lover of obscure novels, the hardcover fiction sections are the real Shangri-La.  And I've discovered, too, that I am easily seduced by dust covers.  There’s something about old-fashioned dust covers from the 1940s and 1950s that makes them ridiculously tantalizing for me.

You see?  Doomed to be a collector.  I'm already thinking about where in our one-bedroom apartment I can squeeze yet another big bookcase without ending up single again…

So what did I find?  Here are the highlights:

H. E. BATES, A Breath of French Air (1959) (dustcover intact) - Apparently part of a highly successful series of humorous novels about the Larkin family, this seems to be the second book of the series.  I had never heard of it, and so (dammit!) I violated my own advice and passed up a second title in the series.  Hard-learned lessons… 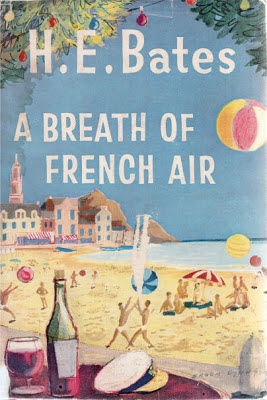 DODIE SMITH, A Tale of Two Families (1970) (dustcover intact) - I would have sworn I had already researched Smith, but I had never heard of this novel.  How could I resist? 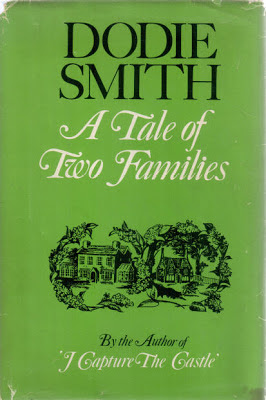 MARGERY SHARP,  Brown (1944) and The Stone of Chastity (1945) - particularly lovely dustcovers intact for both 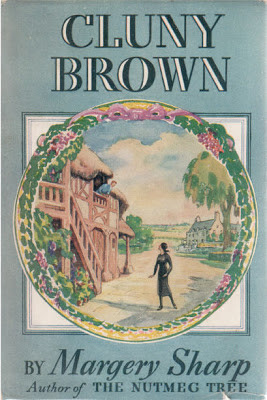 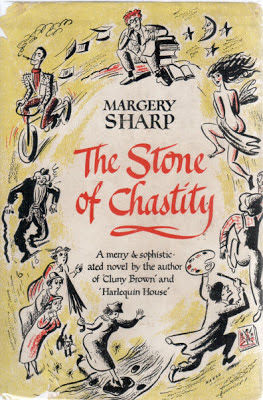 ROSAMOND LEHMANN, The Ballad and the Source (1945) - dustcover intact, AND with its original Book-of-the-Month Club flyer, which for whatever reason makes it even more fun for me 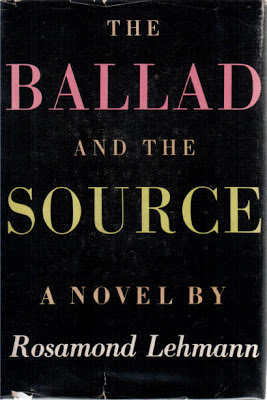 ELIZABETH CADELL, I Love a Lass (1956) - ex-library, but with dust cover and in excellent shape 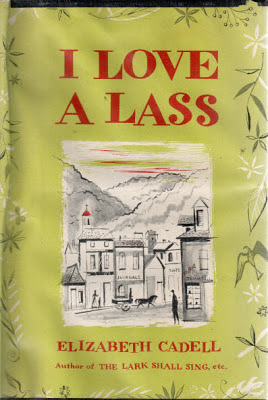 MARGARET KENNEDY, The Feast (1950) and Lucy Carmichael (1951) - dustcover intact for the latter.  (I guess it’s time to actually read some more Margaret Kennedy, since I got an earlier novel, Return I Dare Not (1931), at a previous library book sale.  So far I’ve only read The Constant Nympth (1924), so I better get to work.) 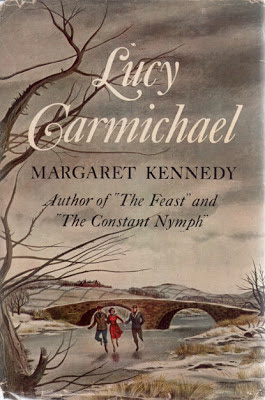 ROSE FRANKEN, Claudia and David (1940) and Another Claudia (1943) - I'd never heard of Franken, but it seems these were part of a very popular series, which spawned a successful radio show and other adaptations.

LOUISE ANDREWS KENT, Mrs. Appleyard's Year (1941) - Kent's books were highly recommended on the D. E. Stevenson discussion list and I've been meaning to get around to them for ages, so here's my chance.

MARY JANE WARD, The Snake Pit (1946) - Another one I'd never heard of, but it was apparently a bestseller at the time and was made into a successful movie with Olivia de Havilland.

ROSEMARY TAYLOR, Ridin' the Rainbow (1944) - dustcover intact.  Appears to be a sort of humorous memoir of life in the (by the author of Chicken Every Sunday, for what that's worth!).  I almost passed this one up, but it reminded me of my discovery of Mary Lasswell's Suds in Your Eye, which I similarly stumbled upon at the Friends of the Berkeley Public Library shop a while back and which started my ongoing love affair with Lasswell's big-hearted, beer-swilling, elderly women characters. 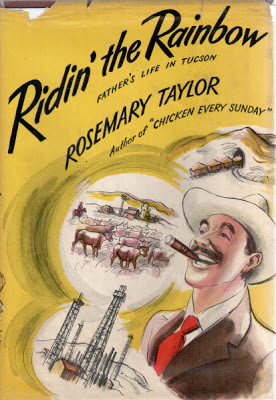 RONALD BLYTHE, Akenfield: Portrait of an I've been meaning to read this forever, and it happens to be a beautiful British edition published by .

FELICIA LAMPORT, Mink on Weekdays (1950) - dust cover in pieces, but irresistible.  A humorous memoir about growing up rich in ?  Just too odd to pass up. 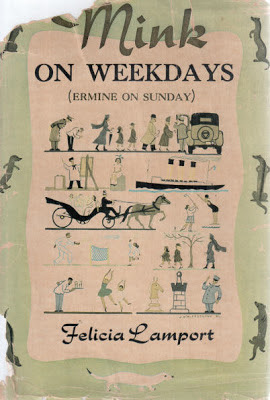 ORIEL MALET, Beginner's Luck (1953) - Okay, this appears to be a girls' dancing book—not my usual cup of tea—but it's by the author of Persephone's Marjory Fleming (1946), so I thought I'd give it a try.

Plus, a few more paperback odds and ends.  Two new Viragos—Kate O'Brien's The Land of Spices (1941) (which has a bookcrossing.com tag, the first I've ever come across—all the things I've found in used books could be a post all its own!) and Winifred Holtby's Poor Caroline (1931).  An Oxford Modern Classics edition of Nigel Balchin's WWII novel The Small Back Room (1943).  And how could I resist pristine copies of volumes 2 and 3 of Anthony Powell's A Dance to the Music of Time for a grand total of $4 (even if I haven't read volume 1 yet…)?

I don't know where to put them all unless I convert our refrigerator to a bookcase, but at least there will be plenty to write about here in the coming months…
Posted by Furrowed Middlebrow at 1:41 PM