Whew! We're just back from our trip to Philadelphia, Boston, and Vermont, as well as a few select literary and historical sites in between, and I hope to find time to share a bit about our adventures before long. We've just about had time to get a little rest, restock the larder (figuratively), get to the gym to work out the kinks of walking quite a lot and not stretching nearly enough, and generally attempting to ward off the inevitable malaise of having to get back to the grind tomorrow. Ugh.

I am very happy indeed to report that a good many suggestions came in as a result of my "possibly Furrowed Middlebrow" post just before we left—some in the comments to that post, and a good many more from the Dean Street Press Twitter page. I'm going to work on compiling them and will summarize them in a new post soon so they'll all be in one place. I appreciate all the responses, and if you didn't get round to replying, you can still do so by going here to read about my query and then add your suggestions either to the comments of that post, by email to me, or via the Dean Street Press Twitter page (@DeanStPress). It will take me a few days to compile everything, so you still have a bit of time!

For now, though, I have covers for you. Yay! I announced our January 2020 Furrowed Middlebrow titles several weeks ago, and now I get to share the front covers. I'm quite pleased with how they turned out—Rupert always does a wonderful job with the design, and this time we have three books featuring parts of their original covers and five utilizing new images we tracked down. 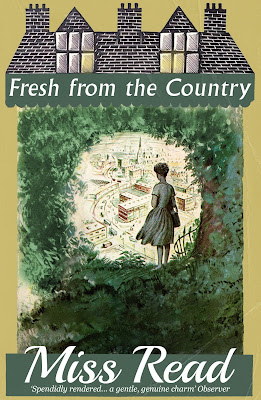 First up, our edition of Miss Read's Fresh from the Country utilizes the art from the U.S. first edition of the novel, a rather lovely and appropriate image. I should also mention something I forgot when I announced this title—that our edition will of course also feature the wonderful illustrations by J. S. Goodall, who illustrated most of Miss Read's books. I can also now tell you that our edition features a lovely new introduction from Jill Saint, daughter of Dora Saint/Miss Read! 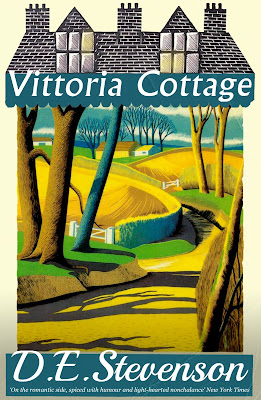 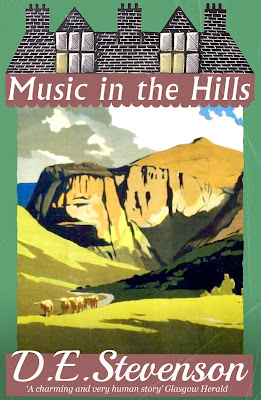 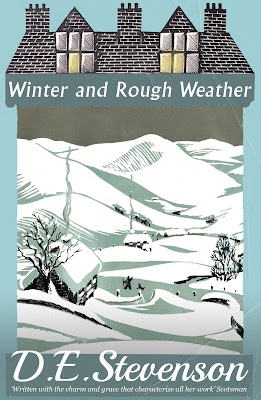 Next, our trio of overlapping novels from the incomparable D. E. Stevenson. I confess it's always a bit of a challenge selecting cover art for DES's books. Unlike many of the authors we reprint, DES already has a solid following of devoted readers, many with definite notions of how her books should look, so I always tremble a bit when we reveal our covers. Happily, Winter and Rough Weather was a cinch, because the original cover was so wonderful in itself. There was never any doubt we would use that one. But as I didn't feel the same about the other original covers (sorry for anyone who did like them, but they certainly weren't my cup of tea), we had the challenge of finding images that fit the books but also wouldn't require rights clearance and usage fees that we simply can't afford. I hope you feel that we've succeeded?

This is also the first time that we've published one author in more than one batch of our books (having already reprinted five DES titles last year). So we had to decide what to do about an introduction. Ultimately, we chose to re-use the Alexander McCall Smith intro from the earlier books. BUT, we also have a very special introductory piece written by DES herself about this trio of novels (but not previously published with them), which I think fans will enjoy very much. 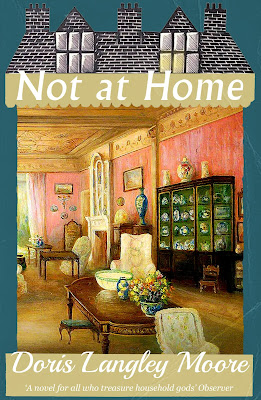 And finally, we have the four brilliant Doris Langley Moore reprints. I can tell you now that Not at Home, set immediately after the end of World War II and using the London housing shortage as a jumping-off point, was originally under consideration for our last batch of titles, related to World War II. And as soon as I saw this wonderful painting by Alfred Coe, I knew it had to be our cover. Happily, however, we decided to do four DLM novels instead of only one, so we delayed Not at Home so we could release all four at once. 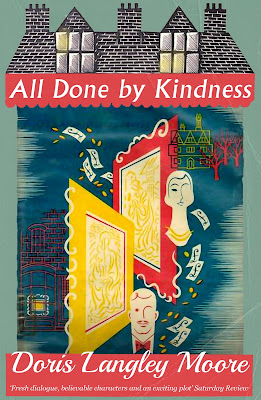 For All Done by Kindness, we spent a considerable amount of time agonizing over appropriate images (an antique shop? a pile of old paintings? an evocative old house?) before realizing that the original artwork combined all the right elements better than we could ever find ourselves. The original wasn't my all-time favorite dustjacket image, but I think it works very nicely with out standard borders and banners around it/ 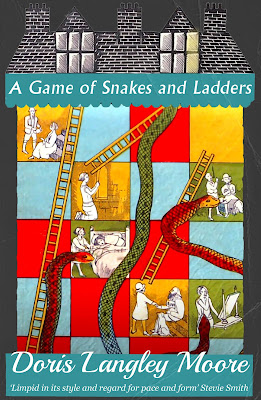 For A Game of Snakes and Ladders, we are very much evoking the original cover, but using a different snakes and ladders board with some highly appropriate vignettes in the squares. And for My Caravaggio Style, about a young man attempting a forgery of Lord Byron's scandalous memoirs (which were famously burned by Byron's friends in the fireplace of his publisher's office, which office is also the setting of the climactic scene of Caravaggio), what better than this lovely, moody image of what might be that very fireplace viewed just a bit ominously from across the hall? 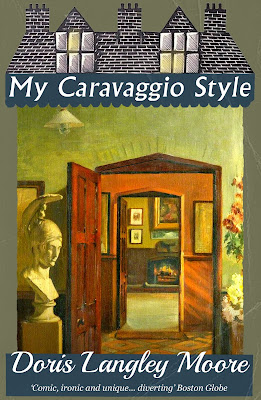 Oh, and when we were first thinking of publishing DLM, we were already in touch with Sir Roy Strong over rights to the Carola Oman novels, and it turned out that Sir Roy also knew DLM quite well, so we have an informative new introduction from Sir Roy to round out the DLM novels!

I hope you're all as pleased as I am about these. Only a bit over two months to wait now until the January 6th release!
Posted by Furrowed Middlebrow at 1:28 PM